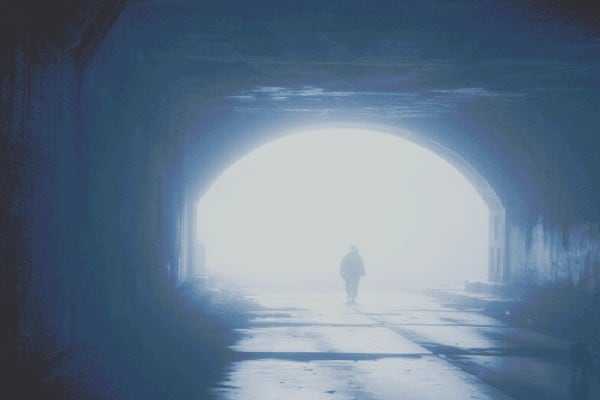 An oppressive culture is like a dark tunnel.  When you look into a tunnel, all you see is darkness.  You only see the light when you turn around and face outward.  Want to find out why your culture is a mass hallucination?

The light of truth can expose the mass hypnosis of Western culture. However, many people still struggle to turn around and face the light.  Instead, they face the darkness under the influence of self-hypnosis and group hypnosis manipulation.

The tactics of group hypnosis are not new.  It is a tactic as old as the ancient religions of Egyptian, Babylonian, and Persian.  These paradigms did not dissolve in ancient history. Instead, these mystery religions became the bedrock of the Abrahamic traditions (1), Judaism, Christianity, and Islam.

They don’t care about hypocrisy, inequity, and inequality when distracted by mythology and superstition.  The fact is many people fight to keep the system in place. The darkness of bias and prejudice consumes them. So, they can’t face the light. It’s too scary to see the facts. They would rather face the darkness. It’s the power of tunnel vision.

The light of reason illuminates the facts.  Common sense and logic show us the hypnotizing effect of social programming.

Groupthink manipulation is the principal tool for hypnotizing the masses. It enables the intentional misrepresentation of mythology as fact.  The scary part is its acolytes are under such control that they fight back against anything that challenges the ideology.  The bias and prejudice of these ancient mystery religions make their way into politics.  They create a powerful tunnel vision skewing facts.

When any religion’s superstition becomes law, the culture will become unhealthy. It creates tension between science, logic, and common sense.  On one side are freethinkers who want a better world for everyone.  On the other side is the mass hypnosis of mythology and superstition. These mindsets are the enemy of progress.

Our Culture is a Mass Hallucination

The 18th and 19th Centuries brought several groundbreaking scientific and archeology discoveries.  The Rosetta Stone and the Behistun cliff inscriptions held the key that enabled researchers to translate previously unreadable languages.  The Rosetta Stone shows classic Greek and Egyptian hieroglyphs. Behistun is an enormous rock relief on a cliff at Mount Behistun in Western Iran. 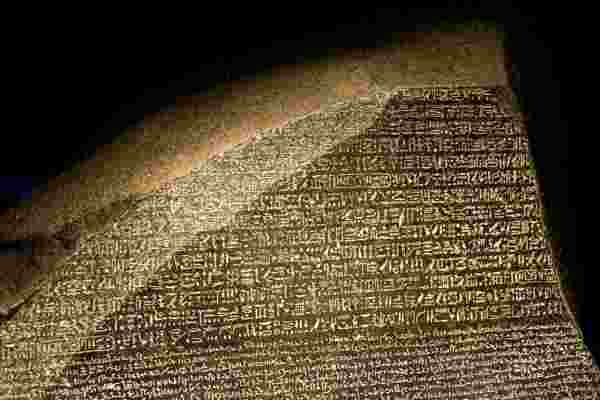 Mount Behistun is significant because it also shows the same message in several languages.  It includes the undecipherable cuneiform writing of the Sumerians. It also contains Old Persian and Elamite, and Babylonian.  These discoveries enabled archeologists to decipher several ancient languages.  By the 1600s, it was possible to link Western organized religion’s lineage to these earlier mystery religions of the Medditrainan.

For many influential thinkers, these revelations end the control of the Abrahamic traditions. Indeed, no reasonable person could cling to them once they knew their true origins.  The light of archeology exposed their sacred texts and doctrines as copies of ancient superstitions and mythologies.  This knowledge would set people free. But, tunnel vision is hard to overcome.

But they were wrong.  Because, again, reason can only illuminate what the mind allows it to see. Group hypnosis uses self-hypnosis techniques to override your ability to reason.  As a result, people will protect their beliefs rather than face the implications of facts that conflict with their mythology.

The Church admits to the origins of its doctrines but without apology. Social programming is complete, and people reject anything that contradicts the belief system.  It’s how our becomes culture is a mass hallucination.

“Symbolism in a greater or lesser degree is essential to every kind of external worship, and we need not shrink from the conclusion that in the matter of baptisms and washings, of genuflection’s and other acts of reverence, of lights and sweet-smelling incense, of flowers and white vestitures, of spiritual unction’s and the imposing of hands, of sacrifice and the rite of the Communion banquet, the Church has borrowed without hesitation from the common stock of significant actions known to all periods and to all nations.  In such matters as these, Christianity claims no monopoly or originality” — The Catholic Encyclopedia and International Work, Vol. 14 (1907). (2)

Unfortunately, the best liars are those who believe the lie is true.  So, if you can get people to believe a lie, they will pass it along as truth.  Use the fear of death and provide an antidote.  Then get them to accept the lie. This tactic of social programming links beliefs with a person’s identity. Now you have a mechanism for social control.  Self-hypnosis and group hypnosis are the core of groupthink manipulation techniques.  They are very effective at creating mass hypnosis and tunnel vision. It’s another name for propaganda.

Groupthink manipulation techniques manifest as censorship and propaganda. Research in the 1950s proves these tools’ effectiveness in controlling a wide range of thoughts, values, and behaviors. As a result, many people accept extremist rhetoric through this helpful tactic. Mass media corruption by companies like Cambridge Analytica (3) shows how easy it is to control people.  They affect the opinions of many with the hypnotizing effect of sensational stories.  It doesn’t matter how outrageous or unfounded the allegations are.

“You believe in a book that has talking animals, wizards, witches, demons, sticks turning into snakes, burning bushes, food falling from the sky, people walking on water, and all sorts of magical, absurd, and primitive stories, and you say that we are the ones that need help?” ― Mark Twain

Religions start indoctrination early in life. So, a child adopts any fabrications as though they are facts.  They keep up the indoctrination process perpetually. They use weekly or semi-weekly meetings.  Groupthink manipulation tactics can dictate everything from personal relationships to commerce.  Culture is a mass hallucination made to sell everything from soap to ideologies.

Even though the basis of the paradigm is logically false, historically false, it can still thrive.  It can overcome logical reasoning with group hypnosis or groupthink manipulation tactics. Religious dogma and doctrine keep you facing the darkness of mythology.

There are two perspectives.  The first is to accept the darkness of the tunnel. More than likely, this applies to those who belong to those who believe in the Abrahamic traditions.  The second perspective is for those facing outward toward the light. Resist social programming and groupthink manipulation.

Don’t be upset if you follow one of the sects of the Abrahamic tradition.  We want it to be food for thought if you have read this information.  We realize it brings up ideas that your programming trains you to reject. We learn they have programmed us to judge with negative bias and prejudice. 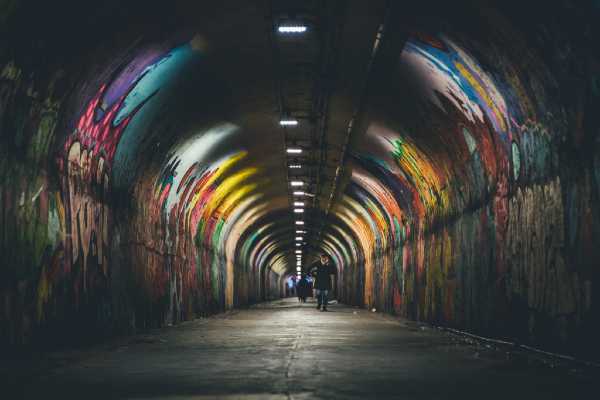 We hope this discussion will encourage you to do your research.  Use resources from the “outside” of your paradigm. Don’t search for opinions that support the dogma and doctrine. Instead, use historical, scientific, and archeological sources outside your belief system.  Start with any principle and see where it leads.

Don’t get us wrong. We agree that we are spiritual beings having a human experience. All you need are the proper tools.  But, you don’t find these tools in superstition and mythology. These are processes for expanding awareness and opening the doors to higher states of consciousness.  Perhaps these techniques are what the great sages and teachers were attempting to point to, but we missed it? See how spiritual exploration is the opposite of religion.

Reject the domination of the cultural narrative. Learn to turn away from the darkness of religious propaganda.  The work of the warriors of light has never been more challenging. Religious extremists are more volatile than ever.  Their leaders see the mass hallucination starting to erode.  The paradigm is shrinking in size and influence.  More people are awakening to the facts behind the mythology.  More people are leaving these sects as the facts become more readily available.  The mass hypnosis of our culture is fracturing and crumbling.

So, do what you can, where you are, with your available resources.   Also, plant the seeds of facts.  Support science and the preservation of archaeological and historical facts.

Sadly ancient mythologies and superstitions still rule much of modern society. Western religion is the source of this tunnel vision.  So, our culture is a mass hallucination firmly under the influence of religious bias and prejudice.  But the tide is turning.  More people are awakening and turning away from the darkness. They are turning away from the groupthink manipulation of Western organized religion. 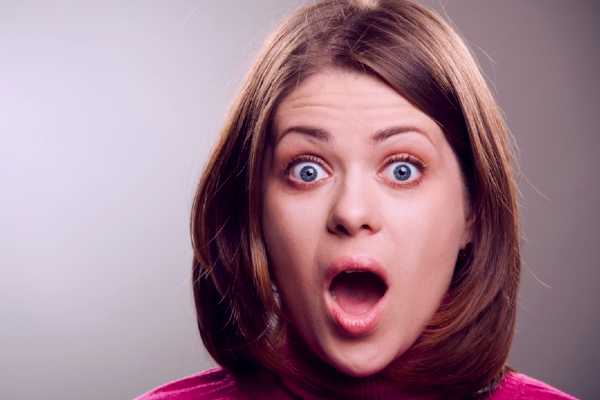 Losing Your Faith is the Best Thing that Could Happen 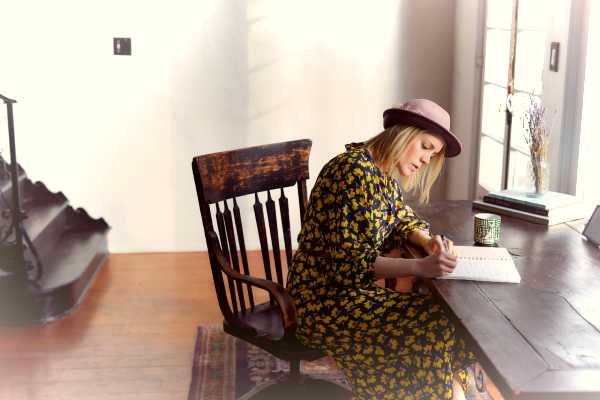 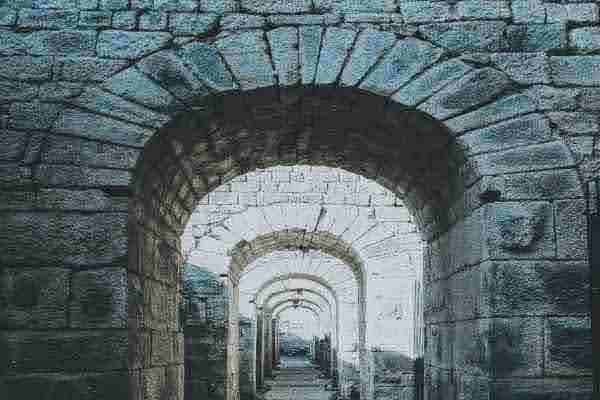