This Eightfold journey or path is the platform for integrating mind, body, and spirit.  Its goal is the holistic of body, mind and spirit.  Come and see how you can use these tools to enhance your spiritual walk.

The Tree of Knowledge

The pattern of the Eightfold Path of Yoga appears in Buddhism. Siddhartha Gautama, also known as the Buddha, is first to use this term in his first significant talk on enlightenment called the Dhammacakkappavattana Sutta. We also find this same pattern in several other Eastern traditions. We can also identify one or more of these eight components in indigenous cultures around the world. (1)

Yoga means union, and there are several versions of the concept involving the development of mind, body, and spirit.  We’ll discuss some dominant themes here.  If you find one or more that resonates, that is a clue to starting your journey.

The eightfold path of Yoga (2) is one way to describe a comprehensive approach to spiritual exploration.  Joseph Campbell called this pattern the Hero’s Journey (3).  And w use this same strategic pattern in our blended learning process.

The Hero’s Journey is one way to group these eight components into three steps: awakening, transforming, and inspiring.  This way of grouping contains the elements of the eightfold paths from Buddhism and Hinduism.  You’ll find the tree of knowledge expresses itself in various approaches, but all having the goals of self-development.

The Eightfold Path of Yoga in Buddhism

Although they appear simple, applying them can be difficult. The same with the rest of the warnings. These include; the truth of suffering and the cause of suffering, the path to and the end of suffering.  This element focuses on the negative side of the human condition.  Some believe these four principles are the essence of Buddha’s teachings about the eightfold path of Yoga.

2) Avoid thoughts of attachment.  The idea is attachment leads to suffering, so it is our task to eliminate fixations that cause us unhealthy emotional bonds.   This second principle involves “Correct intention” by removing negative feelings, and although it’s a simple concept, it’s difficult to do.  The concepts of decluttering and minimizing are strategies that can help us put principle into practice.

5) Avoid causing harm. “Correct livelihood” it prohibits certain activities that include selling slaves, weapons and the selling of animals for slaughter, making intoxicants, or poisons.

6) Abandon negative thoughts. This one deals with eliminating negative self-talk and is referred to as “Correct effort,” because you cannot have correct behavior unless the efforts of your thinking process are positive.  We learn to replace harmful scripts with positive ones.

7) To awaken and realize the inner and outer worlds is the goal “Correct mindfulness.”  This requires the expansion of awareness and presence so that we can be self-aware and observe the inner worlds of thoughts and emotions and environment.

8) “Correct concentration” is single-mindedness, which is the cultivation of perseverance, enabling us to achieve goals and resolve problems.

This list of “Correctness” focuses on moral conduct similar to what we find in the Old Testament ten commandments. However, it is absent of the need for a higher power.  This framework describes everything in the negative. Like the ten commandments, it gives specific things you must refrain, abandon, and avoid. (4)

It’s a list of things that are prohibited. The last three are positive admonitions and the cultivation of positive thoughts, mindfulness, and concentration.  Some people think Buddhism is a religion, but you don’t need to be a Buddhist to follow these precepts.  Each of these ideas contains some element of karma, and each component is a way of improving your karma. The eightfold path of yoga comes from Indian tradition.  Everyone is familiar with the term Yoga, but most people associate Yoga with the physical postures of Yoga known as Asana.  So, the popularity of Yoga postures has both positive and negative side effects.  In the West, Yoga postures have become simply another form of exercise.  To be sure, there are health and wellness benefits to the practice of these Asanas, but they are only a part of the whole practice.

If you use Yoga Asana devoid of its original purpose as part of an integrated practice, you miss the goal of Yoga to bring integration.  Instead of a building block of enlightenment, it’s just another exercise form.   As a result, marketing the physical postures as a separate practice detracts from their real purpose.  We certainly see their point.  Thinking of Yoga as only physical postures is undoubtedly not an accurate representation of the system.  On the positive side, the practice of Yoga Asana can open the doorway to the goal of consciousness development.

All eight branches of Indian Yoga are part of a holistic approach where all the pieces work together.  Yoga means union.  These tools provide a platform for expanding awareness and investigating higher states of consciousness. Using all eight limbs develops mind, body, and consciousness together.  They are the key to your health and wellness. Thus, we agree with the philosophy of using all components and supporting the development of your path.

Elements of the Eightfold Path of Yoga

The eight limbs of Yoga are not sequential steps but eight limbs of the same tree. For that reason, you cannot affect one aspect of the path without affecting the other. You should use all eight and not just one limb.  The tree of knowledge needs to grow in harmony, all the branches need room to grow.  So it’s best to schedule a time for the practice of all eight elements.  Other cultures involved in consciousness development also arrived at the same holistic approach.

The eightfold path of Yoga shows how a religious tradition can be beneficial.  Here, the tradition of the techniques preserves the integrity of the teaching for generations.  We hope that this holistic approach continues. Here are the eight limbs of this well-rounded spiritual path.

The principle of Perfected Concentration is the process one uses to reach the transcendent state of consciousness, known as Samādhi.  Seated meditation is the most common way to this 4th state.  However, the 4th state can go beyond meditation.  You can combine this with other waking states to achieve higher states.

The Eightfold Path of Yoga Mirrored in other Traditions

As mentioned above, we find one or more of the eight elements in other traditions.  So, you can create your path by borrowing from different traditions.  This eclectic approach isn’t new.

Contemporary researchers like George Ivanovich Gurdjieff are an example, he combined Asian and European methods to create his schools of consciousness development.   You can find similarities in processes and goals across cultures.  Here are just a few examples of the spiritual technologies and their similarities across different cultures.  They use the tree of knowledge about consciousness to combine systems and processes.

There are a variety of ways to use this energy for healing.  For example, Reiki is a Japanese healing system.  Pejut is an Indonesian system with a similar focus but a more “hands-on” process.

If you like a more analytical approach, Dharana or concentration is an excellent starting place for you.  The tools of logical reasoning help you spot logical fallacies. The Enneagram Personality Profile is another analytical tool to help you understand the mechanisms of Ego, our personality and instinct.

Yama refers to codes of discipline and self-regulation.  The Dalai Lama has a list of 18 rules for living. The Four Agreements by Miguel Ruiz are an even more simplified list of guidelines for living.  Some religions have hundreds and even thousands of rules that govern almost every aspect of waking life.

Some philosophies combine moral living and self-discipline. “Do what is right, respect, and honor everyone and all life.” Self-discipline can help you become more attentive and focused. It is an excellent strategy for learning a new language.  Try it yourself and see.

Pranayama has to do with the breath.  There are obvious connections between breath and consciousness.  Hyperventilating is a practice you’ll find in many traditions. You can alter consciousness and perception through breathing.  Observing and controlling the breath is often a part of many spiritual practices. You’ll find it a part of the preparatory phase of seated meditation, like Japa. Likewise, breathing exercises are part of many energy collection processes from East to West.

Pratyahara relates closely to Yama.  Pratyahara translates to the withdrawal of senses, but it’s much more than an escape from the five senses.  This case involves learning to observe and control our thoughts and emotions. Thus, turning the attention away from the external but not ignoring it.  Self-Observation is one skill set that anyone can cultivate.  Observing internal thought processes also correlates with Niyama, self-training.  Most people aren’t aware of this level of thought and emotion.  Techniques with mantras and chanting also help suspend the active mind’s internal chatter.

Guess what?  Self-observation is similar to the process of the transcendent state of Samādhi.   One sees how each of the eight limbs of this path weaves a pattern, creating our spiritual journey.

It shows us how the mind is a paradox, using itself to move beyond itself.

The eightfold path of Yoga is all about applying the processes. You grow with the tree of knowledge.  It is the spiritual quest on the pathway of integration.    You begin this inner journey by taking the first step by taking action. The platform of spiritual exploration contains several tools you can use to start this journey. What’s important is that you begin.

If you are already studying or using a consciousness exploration, be sure to test your path.  Make sure you are going in the right direction. Don’t get sidetracked by religion.  Remember, yoga means union, which is why we recommend a holistic approach that all eight elements of the yoga system.

(2) Joseph Campbell’s Book, The Hero with A Thousand Faces: https://en.wikipedia.org/wiki/The_Hero_with_a_Thousand_Faces 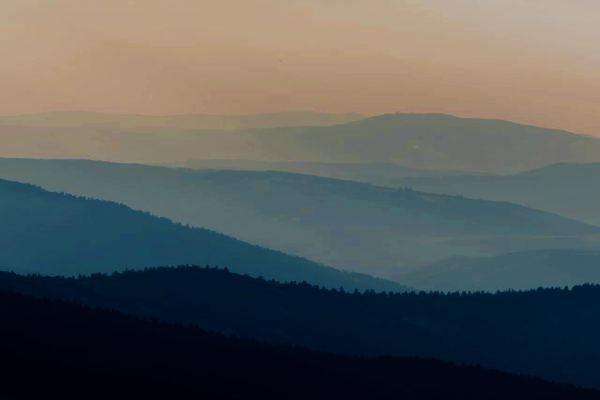 What are the Ten Levels of Consciousness? Why Smart People Select A Religion Like Buying A Hat