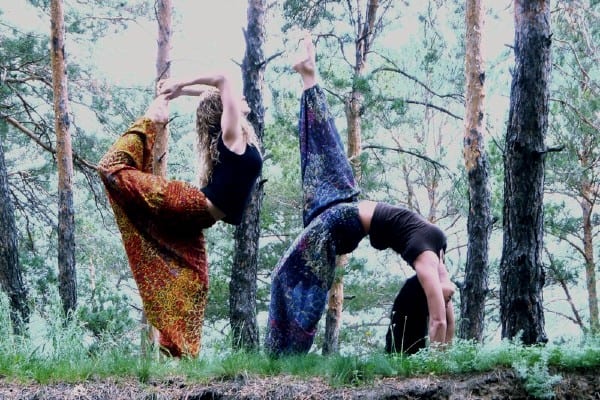 There is much to this ancient system than physical postures associated with Asana.  Learn how the seven traditional yoga paths differ from the eight paths of Patanjali.  Discover the right yoga practice.

How to Find A Yoga Practice

Selecting the correct Yoga practice is important, but it can be confusing because there are so many kinds of Yoga available.  This article summarizes the content of the main systems you can make an informed choice.

What Are The Different Paths of Yoga

There are many different schools of thought about yoga, and many different ways to categorize the practice of this art.  We will discuss the two main ways of grouping and then list all the different types available.

The practice of Yoga may be the most widely used system of physical and mental development.  Most people associate Yoga with its physical postures.  However, this is only one of the aspects of this holistic system.

Indian folklore tells us Shiva, the Adiyogi, or the first yogi.  Legend has it he lived several thousand years ago before recorded history and he gave the system we know as Yoga to the Sapta Rishis, the original seven sages. He did not leave a written record.

Legend has it; he was too wild to be a scholar.  So, he chose seven people and gave each a different aspect of the system and these became the seven traditional Yoga paths.  Today, there are hundreds of variations of these forms.

Many scholars consider Patanjali the father of Yoga. He did not invent Yoga, but he did create a text which outlined a new way to organize the system.

His work, the Yoga Sutras of Patanjali, is a significant cultural document. It is a framework of eight distinctive processes. He provides the goal and results, but does not tell how to apply these formulas. Differences in the translation have led to different interpretations.

There are seven traditional Yoga paths, but there are eight limbs of Yoga so it can make things confusing.  These are two different ways to categorize the system.  The seven “types” of Yoga are the traditional way of categorizing the method, while the 8 limbs is the system which was complied by Patanjali.  He is a later authoritative teacher around the 2nd century. Here’s a comparison between the two:

The seven traditional types of Yoga are:

Next, the Eight Limbs of Yoga as defined by Patanjali

The systems differ in how they list the techniques.  Both contain the same essential methods, except for the addition of the Siddhis.  Patanjali groups by method and the traditional form use the name of the person associated with the method.

The Different Paths of Yoga

This list includes systems both systems listed above.   Finding a Yoga practice that’s right for you depends on a lot of factors.  You need to consider your level of health and the goals for your practice and what is available near you.  Start by making a list of your goals.  See what is available that meets your needs.

Ashtanga is power yoga or the eight limb path, and it’s a physically demanding so it is not recommended for beginners.  This method is a compilation of the late Sri K. Pattabhi Jois (1915-2009). It involves a progressively harder series of postures while synchronizing the breath.

Bhakti is a traditional Hinduism path.  It is the second of the seven traditional methods. It is also known as the path of devotion and love for the Supreme God and Guru.  This is a multifaceted method intended to transcend all religious beliefs.

This is a yoga practice which seeks to harness the energy of our emotions.  Then we learn to direct these passions for the greater good.  Its goal is oneness through rituals, verbalizing mantras, songs, and dance.  The goal is to increase positive social activism.

Bikram Choudhury branded this system with his own name. It is a system of 26 classic postures which are used in a challenging progression. He learned this progression from Bishu Ghosh, the younger brother of Paramahansa Yogananda.

He is also known for his abrasive teaching style, and he is one of the first teachers to use a heated room with low humidity to increase sweating.  The idea is sweating expedites the release of toxins. It’s a physically demanding practice, definitely not for those with a heart condition or those who like cold weather.

Netflix did a documentary on this teacher called Bikram: Yogi, Guru, Predator. This film chronicles the life of Bikram, showing interviews with former students who say he uses his position of authority to abuse them. Many former students have filed complaints ranging from sexual assault to false imprisonment.

Hatha is the seventh of the seven traditional methods. ‘Ha’ means sun, and ‘Tha’ means moon.  Hatha Yoga is a broad term that includes all physical types of practice, so all physical forms of Yoga are a subset of Hatha Yoga.  It is the most popular Yoga form in Western culture.  It is a form to balance mind, body, and spirit.  Hatha incorporates breathing, postures and hand Mudras.

There are more variations of Hatha Yoga emerging, such as Pre-Natal Yoga, Acro-Yoga, and Yin Yoga.  You can change this Yoga form to fit any stage and situation in life.

B. K. S. Iyengar created a system focusing on aligning the body, which makes it an ideal yoga practice for physical therapy, recovery of injuries, and joint problems.

The 4th state of consciousness is a state which differs significantly from waking, sleeping, or dreaming. It produces a unique set of measurable physical responses. It lowers heart rate and respiration while increasing skin resistance.  The most prominent aspects are the profound state of rest while the mind remains alert.

This technique is commercially available under the name Transcendental Meditation or TM.  Maharishi Mahesh Yogi Maharishi (1918-2008) is one of the meditation movement’s primary pioneers.

Jnana is a yoga practice that focuses on knowledge and wisdom. It uses a process similar to the repeating question technique.  The idea is you try to get to the core answer without the interference of any previous conditioning or assumptions.  To know that we don’t know and look within for all the answers.

Jnana is one of the seven traditional yoga forms.  It can be traced back to the Vedas and the early Upanishads.   Jnana and Raja Yoga use meditation methods to investigate the mind.

This is a holistic approach which combines several of the most popular techniques.   It uses Vinyasa style posture and self-reflection methods of meditation.  Plus, it uses chanting and breathing exercises. It has a good mixture of Yoga for all levels.

Karma Yoga is the third of the seven traditional forms.  It focuses on positive actions. This is the primary focus of those who become Buddhist monks.  It teaches people to show kindness without the expectations of reward.

Positive karmic deeds can be practical things like cleaning up litter, fixing a fallen sign, or saving a drowning insect. These things are random acts of kindness.  Doing things for the greater good.

Are you looking for a Yoga practice blends form that uses traditional physical postures, then Kripula Yoga is right for you.  The focus is on self-reflection using Pranayama, music for deep relaxation, and some primary forms of seated meditation.  It is considered an excellent all-around Yoga form with both meditative and moving practices, which makes it a good preparatory practice for Japa Meditation and The Siddhis.

Kundalini is another powerful seated meditative practice.  It uses mudras, breathing, and visualization techniques to activate energy flow up the spinal column, opening the chakras and awakening the practitioner.

Mantra is the fourth of the seven traditional schools of Yoga. The term comes from two Sanskrit words: ‘Manas’ (mind) and ‘Trayati’ (liberation).  The Vedas are replete with mantras for many uses.  Mantras are Indian Sanskrit energy-based words or sounds which affect change in our awareness and produce changes in reality.  We can verbalize or use them mentally.

Mantras are words or phrases that have unique vibrational properties.  They are frequencies which active, heal and align energy centers known as Chakras.  It is possible to measure the effect of these vibrational tools on our physiology.  Science is still trying to determine how they work.  You can find mantras in many forms of seated and moving meditation.

This category of techniques includes Eastern methods like Tai Chi and Qigong.  It also includes dance and ritual forms that you find in Bhakti Yoga.  You will discover almost any kind of movement can become a form of moving meditation with the right frame of mind.  Many moving practices use the Mindfulness Meditation process with movement.

Although Yoga is an exercise for the physical body, the purpose of the practice is to prepare us for serious inner work.  The goal of moving meditation is to generate energy for this work.

The fifth traditional method is Raja Yoga, also known as Royal Yoga. It focuses on inner work. The goal is to find and awaken the hidden gifts of the spirit by investigating the deeper aspects of the psyche. Many people use Raja and Hatha Yoga together. Raja prepares the mind to enable the proper mindset for physical practice.

The Siddhis is the brainchild of Patanjali.  This system uses a collection of specialized Sutras to produce extraordinary experiential results. It’s a technique that springboards from the transcendent state produced by Japa Meditation.  Using these techniques is an advanced practice.  You need to be grounded in the 4th state to use these tools.

These Sutras are formulas that cultivate specific reactions.  These can be emotional, psychological, and even physical.

Tantra is the sixth traditional style of Yoga. The focus is on achieving a balance of our nature, the feminine (Shakti) and masculine (Shiva).   Tantra comes from two Sanskrit words: ‘Tanoti’ (expansion) and ‘Trayati’ (liberation).  It means to expand freedom with a balance of both energies.   When these energies are in balance, it keeps the Ego in check.

Tantra uses the power of our sexual instinct to transform consciousness, and there are two paths for this inner work. The outer left path, which is the most misunderstood form, directs physical, sexual energy to transcend awareness.  The inner right path involves the individual practice of Asanas, Pranayama, and visualization to achieve the same goal.

Vinyasa Yoga is a standard commercial form of Yoga that includes a seamless flow of various physical asanas and breathing exercises.   However, unlike some other yoga forms that follow a set routine, this method uses ever-changing sequences.  It means you must stay focused on the practice and not let the mind wander.  The intent is to mirror the ever-changing flow of life. It’s a physically demanding form for those who love verity and change.

The practice of Yin Yoga focuses on holding postures for long periods.  Sometimes they also use a heated room.  The purpose of this slower pace is to increase circulation and improve flexibility.  You spend upwards of 4 minutes in a pose to get the maximum benefit.

Remember, you can use physical postures as exercise.  However, if you only use them as exercise and not as a link to the other eight limbs, you miss most of the benefits.  Yoga Asana is a preparatory link to the use of the higher forms. 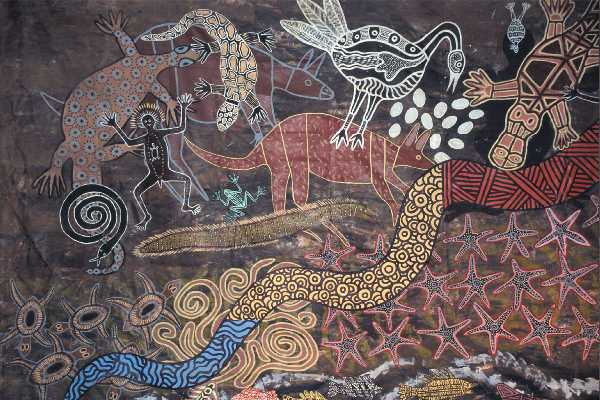