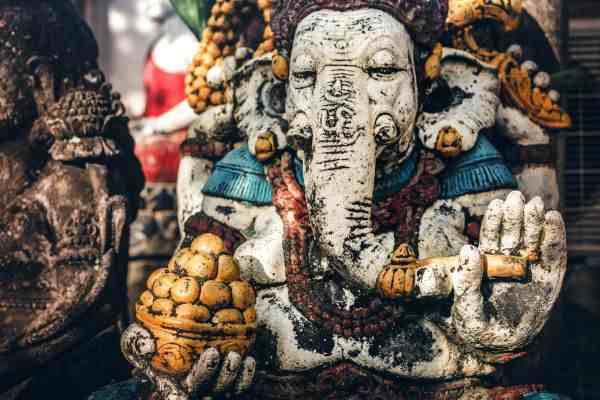 Are you among the 4 billion who mistake a metaphor for a fact?  It is easy to do when you grow up and live in a culture where indoctrination in this myth is a way of life.  How could we let such misinformation continue to dominate the cultural narrative of our modern world?  Easy, it speaks to the power of the metaphor as the basis for a powerful worldview.

“Gods are metaphors transparent to transcendence.  And my understanding of the mythological mode is that deities and even people are to be understood in this sense, as metaphors…” ― Joseph Campbell

Asserting that God is a metaphor is a severe offense in some cultures.  It is heresy against someone’s imaginary friend, sometimes punishable by death.  I’d say that’s a compelling metaphor.

The Most Powerful Metaphor?

A metaphor is a “figure of speech,” an analogy linking ideas, usually with something known or understood and something unknown or not understood.   People use this tool of language to help others understand new ideas.  Metaphors make comparisons to draw similarities between two or more things.  When you understand the underlying premises of the metaphor, it helps you learn.

Many people understand that spiritual stories are elaborate metaphors.  It’s a way of describing something in terms someone can relate to more easily.  The story makes the lesson easy to remember.  Joseph Campbell is a researcher and professor of comparative religious study, and he found a common theme in the metaphors of many traditions.  This theme is what he calls the Hero’s Journey.  (1)

The problem arises when you cannot understand that the story is a metaphor for concepts and ideas.  The story is simply a memory device.  If you mistake fiction for a factual occurrence, you miss the message of the metaphor.    And this is how the metaphor of God is mistaken for a fact.  If you don’t realize the story or the imaginary being is a metaphor, you miss the meaning.  Then you derive the wrong conclusions.

God is a Metaphor of Religious Misdirection

God becomes the perfect blueprint on which to attach anything unknown or misunderstood.  It is a thing of power beyond our understanding.  So we can seek its divine intervention in times of need.  We can blame it for natural disasters.  It’s a catch-all entity.  Unfortunately, most people do not see God as a metaphor, but as a factual entity.

The error which causes this misunderstanding stems from misconstruing the metaphor for a fact.  People make this mistake because they lack experience of transcendence.  If you don’t understand something but want others to think you do, you can make common sense of critical errors.  When others follow, they believe the error as truth.  They don’t understand the metaphor is a reference for the transcendent. 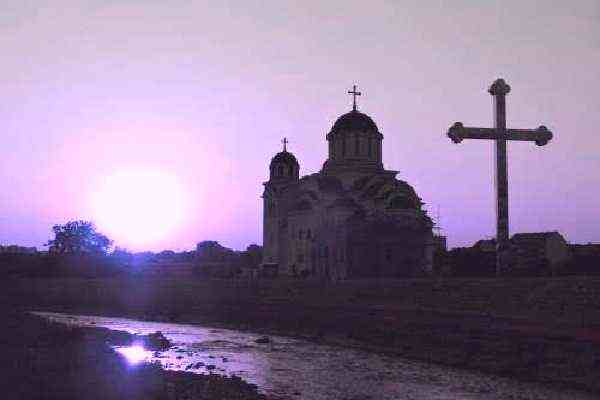 God is the linchpin that holds mythology and superstition of many religions together.  If you remove this pin, the whole worldview collapses.  If God is merely a concept for the transcendent, then the organizations that profit from the misrepresentation crumbles.

“It’s a poetic understanding. It is to be understood in the same sense as Goethe’s words at the end of Faust: “Alles Vergängliche ist nur ein Gleichnis” (Everything transitory is but a reference). The reference is to that which transcends all speech, all vocabularies, and all images.  I think of the more prosaic style of thinking about these references as theological rather than mythological.” ― Joseph Campbell

The term God is the catch-all metaphor because it is flexible.  So deists use God as the answer or reason for everything.  There may be other ways to explain the situation, but God is an all-encompassing concept that leaves no room for questioning the evidence or logic behind the assertion.

There are three primary ways to approach the subject of God; faith, experience, and reason.  Some people choose one, and many use all three.  Each of these paths has a different result.  Stop and think about that for just a moment.  How can the same subject result in different answers?  Simple.  The meaning can be anything you want it to be because it’s all made up, make-believe.

The metaphor of God can hold any unknown.  If something is good, God did it.  If something is terrible, God allowed it, but it is beyond our “level of understanding.”  God is a metaphor to base the belief on other things for which there is no proof.

“Every religion is true one way or another.  It is true when understood metaphorically.  But when it gets stuck in its own metaphors, interpreting them as facts, then you are in trouble.” — Joseph Campbell

“I make the assumption that every religion has been rooted in some mystical or transcendent experience.  From that assumption, I just look at all the different systems as metaphors or doorways to God.” — Ram Dass

“I argue against a literal interpretation of religious doctrines.  Religions make progress when they emancipate themselves from literalism and take their doctrinal statements to be metaphors or allegories.” — Philip Kitcher

There are proofs for the existence of “transcendence.” Transcendence in the spiritual sense refers to an experience beyond the normal state of waking, dreaming, and sleeping.  It has nothing to do with feelings.

When someone meditates and reaches the transcendent state, we see lower heart rate changes and brainwave coherence, and skin resistance increases.  These metabolic changes prove that the 4th state of consciousness differs from waking, dreaming, or sleeping.  In this pure state of consciousness, one experiences a transcendence of our being absent from the internal dialogue.

Many influential teachers, like Maharishi Mahesh Yogi, describe the transcendence state as bliss consciousness because it silences internal chatter.  But, if you have never had this experience, you mistake the metaphorical reference as a description of actual events or people.  Thus, the metaphor is mistaken for a fact, and you create a religion out of this error.

God as a Metaphor a Reference for The Transcendent

We hope this discussion provides food for thought.  We want you to think about how your beliefs in a higher power shape your opinions and values.  Do you see your higher power as a metaphor pointing the way to a more just and verdant behavior?

Do you believe in God existing in the literal sense?  Perhaps not in this world, but at living on some plane of reality?  Do you think of God as an actual person?  Or do you see “God is a metaphor “for a greater truth?

Many people believe in the existence of God as an actual person.  Many people believe in God as a central part of their identity, and they want everyone else to have the same confidence in the same God.  The “need” to believe” is so powerful that it propels them to act violently toward others.  But, if belief equaled fact, then all Gods would “be real.”  Think about that.

One thing is for sure, Approaching the Subject of a Higher Power sparks deep emotional connections in many people.  It is possible because they start from a place where metaphor is mistaken for a fact.

“Heaven and hell are within us, and all the gods are within us.  This is the great realization of the Upanishads of India in the ninth century B.C.  All the gods, all the heavens, all the world, are within us.  They are magnified dreams, and dreams are manifestations in image form of the energies of the body in conflict with each other.  That is what myth is.  Myth is a manifestation in symbolic images, in metaphorical images, of the energies of the organs of the body in conflict with each other.  This organ wants this, that organ wants that.  The brain is one of the organs.”  ― Joseph Campbell, The Power of Myth

The transcendence is hard to explain to those who have not experienced it.  So, God is a metaphor, a reference for the transcendent.  God is a figure of speech to help people understand the experience.  Without practical knowledge of the transcendent, it is easy to mistake the “metaphor of God” for a fact.

How could so many people fall into the trap of misconstruing the metaphor for a fact?  This misdirection is no mistake.  It is the way religions are born, and religions are cash-flow generators.  They keep people fixated on the counterfeit to fleece them.

God is a metaphor that provides a focal point.  It’s an easy way to express the attributes of creation and the human spirit in a story to make it more easily understood.  For the transcendent to be understood, one must experience it first-hand.

Do you have another point of view?  If you have comments, questions or suggestions, please don’t hesitate to contact us.  If you like our research, please help us stay online by donating to support our non-profit mission. 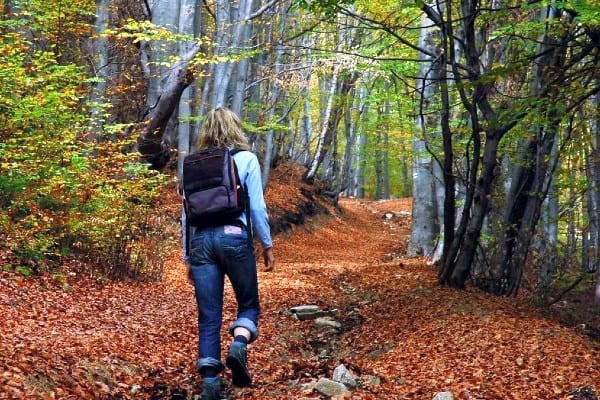 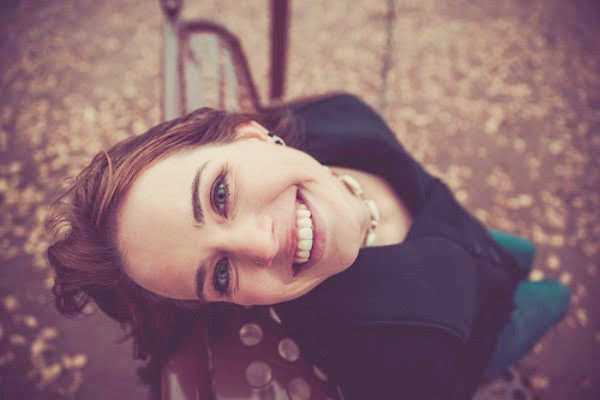