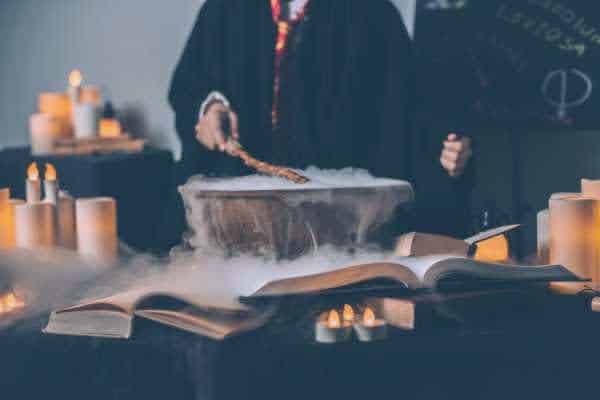 Understanding the magical foundation of your beliefs and values is one of the best ways to determine where you are on the spectrum of awareness.  Where do you fall on this continuum?  How much magical thinking is a part of your thinking? Are yo a freethinker or a religious conformist?

Magic is a supernatural power that uses using unseen forces to influence.  It is a mystical process for coaxing and invoking the universe to act in our favor.  What is the line between wishing something could happen and making it happen?

The Foundation of your Beliefs and Values

What is magical thinking?  This is the belief that words influence things.  Even if you don’t believe in magic as a supernatural power, there is plenty of evidence to show that the words we hear affect our thinking.  This is how people become convinced to believe in things like religion.

Some cultures draw symbols using ancient runes.  They draw sigils to focus their energy. It’s the process that we find in Reiki.  The sign of the cross is a similar symbol.

Faith is the vehicle religions use to bolster confidence in the invocation of their spells.  When we set our intention to do something, we know we are more likely to accomplish the task.  Magic is the term we give to things we don’t fully understand. With a magical process, we are allowing our intention to create the action, even if we don’t know exactly how it works.  Here again, magic is the foundation of religion.  Without faith in the processes, it would crumble.

Prayer is a process used by religions, from Buddhism to Christianity.  They use words of power to evoke the favor of a higher power.  Rituals can be as simple as lighting a ceremonial candle or speaking words into a mirror.  These are all applications of spellcasting.

The energy, knowledge and skill of the individual are the primary factors in the success of any magical formula.  Some believe it is the most critical factor.  This means you can follow the proper recipe, but cannot achieve the desired result.

Fact is, even freethinkers believe in magic to some extent.  If you love someone or someone loves you, that is magic.  To realize how perfectly made we are for this lone rock floating in space, that is magic.

What is the magical foundation of your beliefs and values?  Even if you don’t follow one of the organized religions, you may still have beliefs tied to religion.  Do you believe in the afterlife?  What about heaven and hell, angels and demons?

Magic is The Foundation of Religion 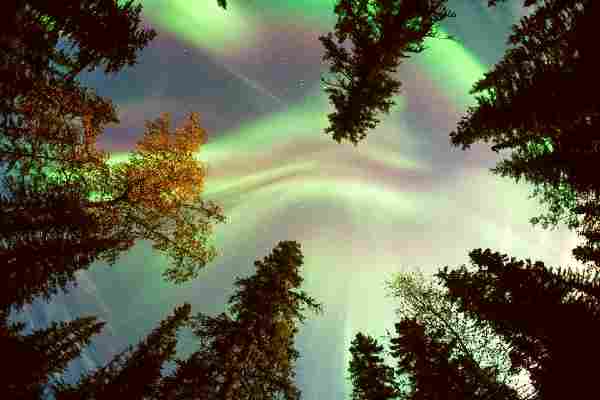 Gravity seems like magic. It’s an unseen force that influences our world with unseen power.  Drop something, and you see it work. Scientists tell us how it’s the force controlling solar systems and the orbit of plane. It can even bend light and time.  There is a lot of theory based on practical experience, observation, and complex data.  Gravity is like many other things we don’t fully understand.

Many religions and built on magical thinking, the same for philosophies like the Law of Attraction.  It is a way of transforming consciousness.  Some believe magic is like gravity, which is also an unseen force.

“What is magic?  A magic process is what we use to coax the universe to act on our behalf.  So, the foundation of religion is magic.” ― Guru Tua

How do you feel about this concept? In our research, we’ve found many who practice various magical beliefs.  So, it is something that is accessible. It’s just that its operation is hiding behind the veil of superstition and negative social stigma.

Supernatural Power is the Foundation of Religion

Many religions have a magical foundation.  When you make the foundation for a building, you make concrete.  Magic is like a recipe for magical concrete.  It is like baking a cake; it takes the right ingredients in the proper order in the right proportions.  If you put it together correctly and bake it at the right temperature, it results in something delicious.

We believe it will work; this is the essence of faith.  Faith is a belief in things for which there is no proof, which is why you need faith to keep believing.  People look for bigfoot and the Loch Ness Monster because they believe these things exist.

Psychologists call this magical thinking or thought distortions.  And many thought the same thing about the Coelacanth, a fish they thought was extinct.  Sailors reported seeing this creature back in the 1800s, then scientists confirmed the dinosaur age fish off the coast of South Africa in 1938.

Magic comes in a variety of different types and names.  There is Magick, The Craft, Ceremonial Magick, or High Magick.  And they are all some form of ceremonial magic.  So, what is the foundation of your beliefs and values?  Do they have ties to religion?

The Magical Foundation of Western Religion

These systems are not original, they are one of the first major rebranding efforts.  They combine over 50 sects of mystery religions of the Mediterranean region circa 500 BCE.

“Religion is like magic. It is all about tricks.” – Michel Onfray

When they designed the Abrahamic religions, the esoteric knowledge of Hermetics was available. You get a glimpse of this esoteric knowledge at the beginning of the book of John.  Here, the author talks about the power of words, but this knowledge of making things happen never makes it into any tangible process. Those who built the Abrahamic religions were more concerned with creating a cash flow system. They did not include methods for self-development.

However, if you ask these regions’ followers if they believe in magical or supernatural processes, they will say no. Isn’t that curious?  If you ask them, what is magic?  They will tell you it’s evil, something Witches practice. They don’t understand that magic is the foundation of religion, including theirs. Let’s inspect and see how it works.

The fundamental process of asking God to give you stuff is “magical, mystical, mental, appropriation.” It is a typical formula found in many religions, like the Abrahamic religions, which acquired this idea and other superstitions from Egyptian, Babylonian, Persian, and Assyrian mystery religions.   Without a magical foundation, these religions would be empty.

Here’s how it works.  You reach out with the mind via the power of faith, which most often involves invoking a formula, a specific set of words or names.  Calling on the sacred name or sacred power enables a special connection with the divine.  The process may include ritual or ceremonial cleansing, such as “baptism” by holy water.

“The fastest-growing brand of religion is of the magical ‘name it and claim it’ variety, in which the deity exists only to meet one’s immediate, self-identified needs.” — Barbara Ehrenreich

Belief in this mystical and magical process enables you to get the desired object.  That means magic is a process whereby we get salvation or other things, such as the favor of an imaginary friend.  You can even secure your afterlife in heaven via this process.   Other products on sale through your favorite religious outlet include healing and material prosperity. However, these last two items are frequently out of stock.

To demonize someone or something is to associate them with evil.  The origins of this term go back to 810 BCE.  Here, we find the Assyrians at war with India.  The Hindu religion personifies its deities as the bright lights in the heavens, the stars, and the planets.  They called all these bright lights the “Devas.” The Assyrians sought to dehumanize their foe. It’s a warfare tactic that motivates your people to kill their non-human adversaries.

The historical lineage of the magical process is a problem for organized religion. It is a direct competitor to the mythology of the Abrahamic paradigm.  So, what is magic in the Abrahamic traditions?  It is a supernatural process that undergoes rebranding so they can use it.   They demonize the term magic and all the sources outside of their system.  In this way, they can use the processes, but demonize the sources.

Magic is the foundation of religion and faith, but they must deny the origins; otherwise, they open up their membership to compete with all other forms of magic. 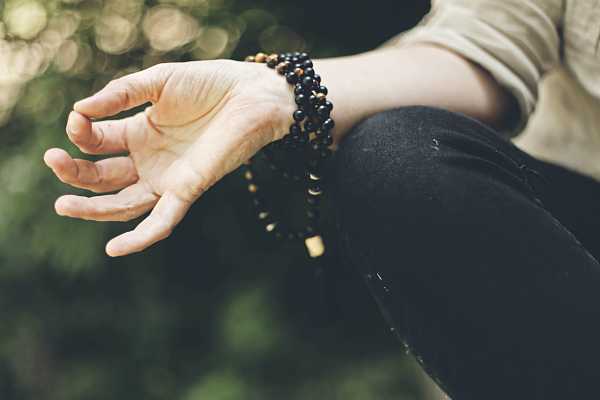 Eastern religious traditions originate from Asia and India.  The Asian traditions include Confucianism, Eastern Asian Buddhism, Shinto, and Taoism.  The Indian traditions give us Buddhism, Hinduism, Jainism, and Sikhism.  Each of these main lines has several variations.

Magic is the Foundation of Religion and Paganism

One way to look at Paganism is the practice of everything outside of Christianity.  Most systems are nature-based. It’s where all concepts about this supernatural force originate.  It pre-dates those who rebrand it for use n the Abrahamic religions.

If we include everything outside of the Abrahamic regions in Paganism, then it includes those who follow any other religion or those who do not practice any religious beliefs.  This broader view would include Atheists and Agnostics as well.

Those leaving organized religion are a growing trend.  They are people who seek an authentic path of spiritual exploration.  They realize that not all religions provide a pathway to genuine faith.  Whereas, Paganism has more flexibility to create your own path.

The confusion over the operation of these magical processes is intentional. It enables the Abrahamic religions to demonize their use while concealing the process in its mythology.  In one sense, all religious beliefs are the same.  The foundation of religion is the belief in magic.

Many people think magic works like gravity.  Gravity whether you believe in it or not. Magic is a process like gravity, with many uses and many names.  We could say that if we don’t fully understand the way something works, there is a magic process at work.

What is magic in your life?  What is the magical foundation of your beliefs and values? 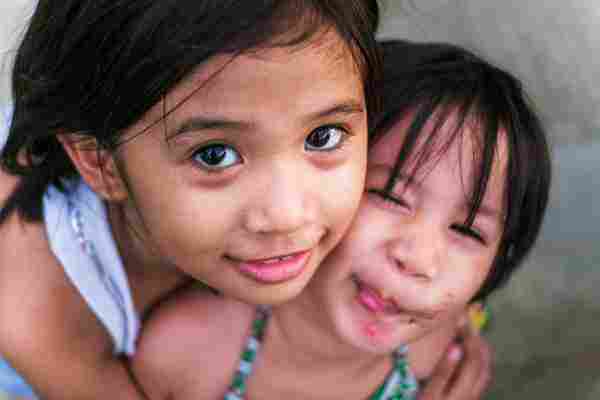 Return To Our Natural State By Overcoming Harmful Beliefs 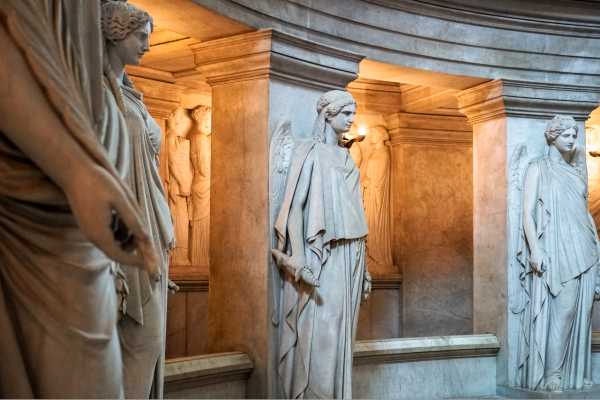 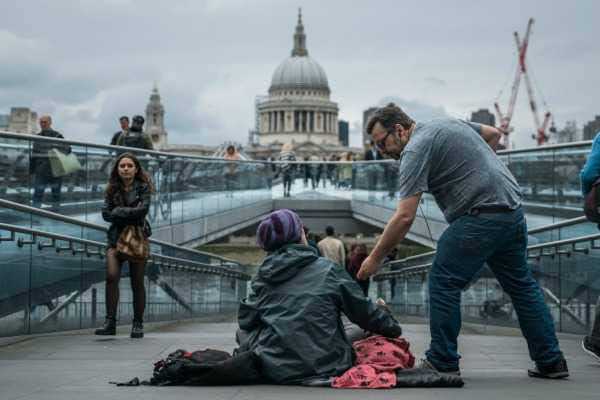