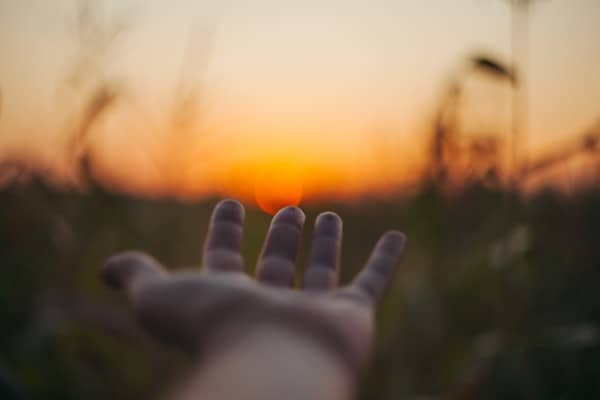 The subject of God or a higher universal power is one which affects your life, even if you don’t believe in the concept.  It is a concept which shapes the culture and determines values.  See how and why you should define your higher power.

Even if you are an atheist, this concept still affects your life.  Sorry about that.  It’s just a fact the idea of a divine entity, an imaginary friend, or God is part of the cultural folklore which governs a vast majority of people.  Much of the modern world is still under the influence of belief systems which favor a particular set of religious dogma.

Approaching the Subject of God

Discussing the subject of a higher power can trigger several different emotional responses.  Some people feel anxious, others feel angry.  It also triggers fear for some.  We’ll look at why this concept is so hard to deal with.

As you read the article, we want to make notes about the feelings and thoughts that come up.   We will explore this subject by looking at the three approaches to the subject of God.  We hope it will help you deal with this concept.

What is Your Higher Power? 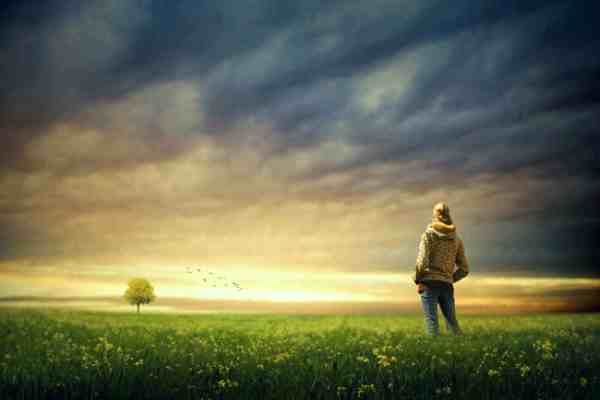 The idea of God began with the concept of Animism (1).  This is the concept which asserts divine intelligence is in all things and is in control of reality.  It’s a concept people build religions around.

It is part of human nature to seek answers to the unknown because we want to know how things work.   This philosophy goes hand in hand with questions about who we are and why we are here. We hope the following discussion will help you answer these kinds of philosophical questions.

We want to identify these mechanisms so we can control them, but to do this, we ask ourselves some questions to understand our relationship to this concept. Finding your higher power may be more difficult than you realize, because the concept ties into typologies which have many separate elements.  Keep these questions in mind as you read through each approach.  Some find it helpful to keep notes in their journal:

Before you proceed, take the time to write your initial thoughts about the above questions.  Everyone will have different answers.  Above all, there are no wrong answers because your response to this question will depend upon many factors.  As you read the article, make a note of your emotional reactions.  This will help you sort out your personal beliefs from the cultural folklore.

When you define your higher power, you will discover interesting connections and values.  Resist judging these associations; simply see them for what they are now.  You can decide later if you want to change them.

Your answer will probably change over time because we constantly re-frame or affirm our perceptions and values.  It happens in two ways, either consciously or unconsciously.   When we use our intellect to review facts and make a choice, it creates positive changes in the brain, creating new neural connections.  It’s good for you and the world.

We use social media several hours a day, and so we expose ourselves to a large amount of harmful propaganda.  It is hard to avoid the extremist religious and political propaganda. These are the main sources of the harmful bias and prejudice that exists today. They use psychological manipulation to frame values.

Observe your social environment.  The concept of God is everywhere.  It is programmed into the cultural narrative through both subtle and direct forms of self-hypnosis and group hypnosis.   Both are the brainwashing tools of Western organized religion. It triggers our deepest fears.

This programming can define your higher power. It can program you to protect and support the boundaries of the system.  Many see this kind of brainwashing as a slippery slope which leads to more extremist ideologies.   We can see the effects of this negative propaganda on culture.  When Western religion becomes a prominent force, it always breeds segregation and favoritism.  These always lead to violence against those who do not follow the sect in control of cultural narrative.   This discussion will help you recognize this type of social manipulation, and then you can also assist others.

How to Define Your Higher Power 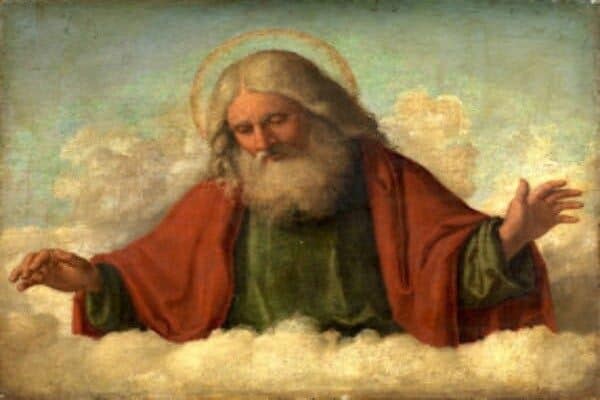 Those who believe in a God or Gods account for approximately 75% of the population of the world. That kind of social mass gives the enormous clot for shaping the cultural narrative. The subject of God is the most widely held belief system. (2)  The three Abrahamic religions of Christianity, Islam, and Judaism (3) have a combined membership of around 4 billion people, which represents about half the population of the world.

These religions are not new or original. They are copies of the ancient mystery religions.  These are the cults from the Mediterranean region Circa 1 BCE.  Everything you find in the Abrahamic tree comes from these earlier cults.

If you ask any follower what is your higher power, you’ll find they believe their particular sect is the only correct interpretation.  There are over 10,000 versions of these regions and because of their social mass, they have a significant negative impact on many societies.  Their beliefs, superstition, and bias make their way into the laws which govern much of the civilized world.  They want to return to the dark ages.

The goal of these systems is to control the culture and create cash-flow.  The Roman Catholic church is at the top of the list for his wealth, (4) but they have kept their financial holdings confidential.  Some estimate with their cash, real estate, precious metals, and art, they are the wealthiest sign entity on the planet.  They have perfected the process of indoctrination selling the dying-god religion and the afterlife to many generations.

When we ask, what is your higher power, we are treading on sacred ground.   When you understand the answer to this question, you can manage how it affects your thinking.   As you review each of these three ways to approach the subject, make a note of the other concepts which are attached.  There are several common elements which come along with the metaphor of god.   Beliefs about the afterlife and guidelines for moral behavior are some which are associated with the idea of god.

Finding Your Higher Power by Reason

First way to approach this subject is by reason.  People who like this approach want objective answers. They prefer rational logic and proven sciences. The classical proofs of cosmological existence are the starting place for their quest. Reason always leads to more existential questions (5).

Is there a need for the belief in a divine supreme being?  Does the world or our universe need one or more to operate it? How does it relate to theological beliefs like the afterlife?  It also begs questions about human nature.  For example, is morality proof of some divine intervention? Or is morality a part of our DNA? Then again, or perhaps morality is simply a logical necessity for civilization? Are morality and belief in god independent subjects?

We highly recommend you add logical reasoning to your truth-seeking toolbox. We are all different.  Your research may provide different conclusions. A lot depends on the source of the data we use to make important decisions. We also have different skill levels, backgrounds, personalities, and instincts.  Our life experiences are unique.  So, your beliefs about finding your higher power will probably differ and even change over time.  A healthy mindset can change beliefs based on new evidence.

The second way to approach is subject of God is by faith.  Almost everyone who prefers the path of faith has deeply held religious beliefs.  More than likely, they are part of the Abrahamic tree.  They assert faith is the only approach to a divine entity.

Faith is to believe things without evidence.  Admittedly, this takes considerable effort to maintain. The modern world surrounds us with resources and facts.  Training the mind to pick between ideas and facts is stressful.  If you define your higher power with faith, you will require a lot of reinforcement. You’ll need to subject yourself to semi-weekly sessions to combat the increasing conflicts.  The struggle to reconcile facts results in a condition known as cognitive dissonance or “the religious headache.”

Faith in religion requires unbelief in all the things which contradict your beliefs.   There is a growing volume of evidence which conflicts with faith.  The underpinning arguments of Western religion have the same flaws which are exposed by the problem of evil.

This group is does not accept scientific, rational, and logical proofs.  Meeting your higher power means the belief in the mystical persona of an imaginary friend.  So, the lack of proof is a proof of their faith.  They claim faith is the only correct path to Divine revelation.  This group rests its authority on sacred texts and a charismatic leader’s leadership.

You shouldn’t discount the use of faith as a method for everything. Faith and hope are the basis of a positive outlook. We build every plan of action on the expectation that it will succeed.  Faith and hope help us through life’s adversities.  These attributes allow us to overcome obstacles. Faith is also a valuable component of your truth-seeking machinery, not as an excuse to ignore the facts, but to regulate attitude.

Approaching the Subject of Higher Power by Experience

Last but not least are those who assert that experience is the only sure method to know God.  This third approach to the subject is God is a purely subjective vantage point.  Its pure form is the counterclaim of the above two methods. It’s the idea that one cannot approach the subject by reason or faith because both reason and faith are subject to corruption. Here, the direct experience of the divine provides all the proof.

Some of these experiences share common attributes.  People describe the 4th state of awareness with terms like “oneness” and “transcendent silence.” So, it would seem that this type of experience is shared.  People drawn to this approach believe experience is proof of divine energy.  The subject of a higher power is the quest for an intimate eureka experience.

Many ancient cultures spent considerable time and effort investigating these processes, which sometimes included psychoactive substances, to shift consciousness to non-ordinary states.  We don’t recommend this approach.    Their goal here is to connect directly with the Universe or Higher Divinity, and they sought any means necessary to achieve this goal.

What is Your Higher Power?

Of course, the three approaches above are pure extracts.  Some people do use just one of these three methods.  However, most people use a combination in differing degrees.

All three approaches are beneficial, but common sense and reason should be the primary, not faith or experience.  The latter two being completely subjective. Using all three makes your spiritual journey more well-rounded.  It helps make you more open-minded.

Do you associate the subject of god with positive or negative feelings? Does this discussion make you want to defend your beliefs?

Once you open the door to question the validity of the metaphor people call god, it will open questions about religion and reality.

This article is an excerpt from—How to Find the Truth (2001) by JJB
(1) Animism.
(2) Abrahamic Religions.
(3) World Religions by Population.
(4) World’s Richest Religions.
(5) Existentialism. 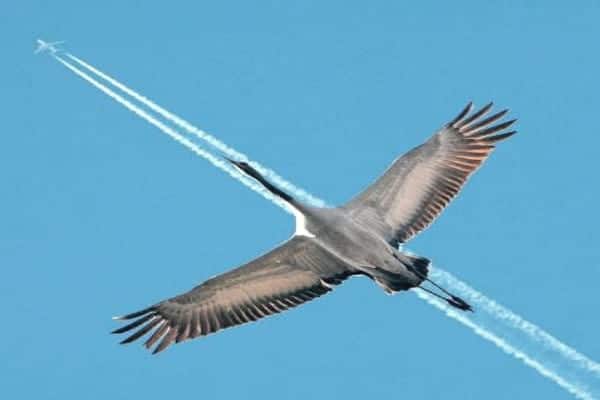 The Truth About Manifestation And Synchronicity And Omens 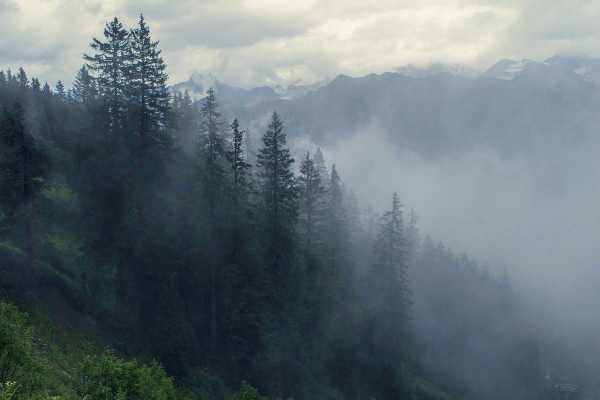 The Old Nordic Religion Today — The Old Gods of the Forest 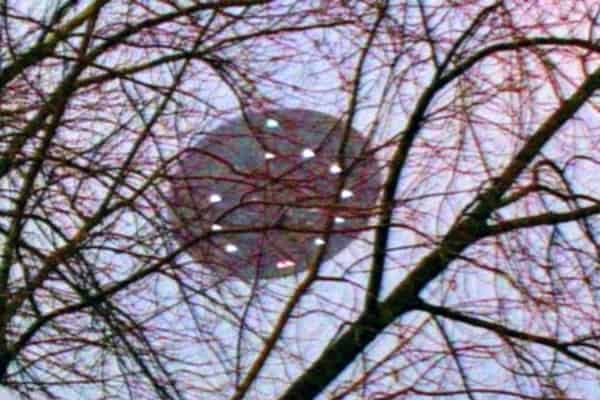 Discover The Truth About Paranormal and Supernatural Activity in Real Life