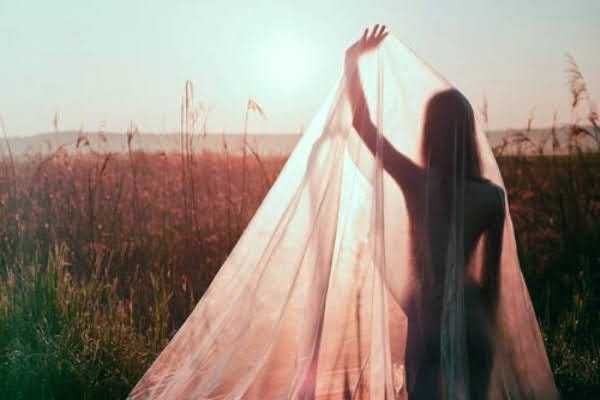 Faith and belief are the basis of religious insanity.  They use these as tools to install harmful values and judgments which prevent us from finding solutions to our global problems.   Moving beyond the veil of faith and ignorance is the only way to solve these issues.

We have many unanswered questions when we aren’t getting the complete picture.  Do you feel like something important is going on, but you can’t grasp it?  It’s a common sign of awakening.  It’s like viewing life through a dark veil.  Do you wonder what is causing this distortion?

The Fears We Don’t Face

You can’t see clearly when you live under a dark veil.  So, it’s easy for those in control to trigger our fears.  If we close our eyes and ignore the fear, the darkness does not disappear.  Only when we take off the veil of faith and belief can we see reality.

All of our perceptions take place in the mind.  The five senses are less than half of our sensory experience.  The darkness that prevents us from seeing is faith and belief.  These devices are what cloud our perception.

Wearing this veil becomes normal and comfortable.  Our comfort zone becomes an “unhealthy zone” when it promotes unhealthy thinking and behaviors.  Fears are what keep us under the veil.

Moving beyond these fears isn’t easy; it requires courage.  The longer we live behind the veil concealing reality, the harder it becomes to take off.

The Veil of Faith and Ignorance

If you are ignorant, it doesn’t mean you lack the intelligence to understand.  Ignorance is the absence of understanding, the deficit or rejection of knowledge or information.  (1)

For example, many otherwise intelligent people with advanced education still believe in an imaginary friend.  There’s a lot of other baggage that comes with accepting this type of worldview.  It requires the elements of faith and belief to overcome the evergrowing evidence that discounts the credibility of mythology and superstition as a valid point of view.

“All religions are ancient monuments to superstition, ignorance, and ferocity.” — Baron d’Holbach

Ignorance is the basis for religious hatred.  You are taught that source that challenges your beliefs is evil.  You must fight to maintain the boundaries; otherwise, the system crumbles.

Mythology and superstition are the sources of delusions that enable faith and belief to supersede rational thinking.  It acts like blinders that shut out common sense.  We don’t see the things that are contradictory or illogical.

These kinds of blinders on so many people risk the stability of society.  It always has and always will be one of the primary sources behind the world’s conflicts.  The Middle East is an example of a culture clash causing suffering and loss of life.  (2)

“Religious faith is the one species of human ignorance that will not admit of even the possibility of correction.” — Sam Harris

The three most popular organized regions of the Abrahamic tree are Christianity, Judaism, and Islam.  They do not have large memberships because they inspire people to seek the facts.  It’s just the opposite.  They have become large forces in the culture because they are experts at using fear.  They know the fears we don’t face are the trap that keeps people paying customers.  Belief, faith, and ignorance create life-long customers.

“Religions are illogical primitive ignorance.  There is nothing as ridiculous and tragic as a religious government.” — Leon Trotsky

The fears we don’t face are the boundaries that keep us behind the veil of ignorance.  There are several good tools and strategies that we can use to overcome the limitations of thinking.

Facing your fears head-on is the quickest way to break through the veil obscuring your mind.  Why don’t more people do this?  The answer is simple.  Many religions do all they can to keep people from using any tools that will help them uncover the facts and learn to think rationally.

The most direct way to take off the veil of ignorance is with a tool we call Comparative Analysis.  It is a step-by-step approach to comparative religious study.   Here you take a concept, typology, symbol, or belief and research to find out where else it shows up.

By creating a list of your core beliefs, you have a worksheet to investigate your sacred ground.  It helps you understand why you believe what you believe, which gives you the power to change them if they are harmful or don’t align with new data.

Most people who adhere to Western theology are surprised to find that their beliefs are not unique.  Here are some examples of research topics that will reveal copies, similarities connections to other systems:

This approach may be too scary for the hardline or moderate believer.  Those nominal or fringe members are more likely to participate and benefit from this study.  Our experience with moderate, hardline, and extremist believers is not as optimistic.  Devotees at these can be very emotional and aggressive if you begin discussing these concepts that relate to their worldviews.

We have better luck with moderate, hardline, and extremists if we use other less direct approaches like the study of Logic and Rational Thinking.  The study of logic helps them see how specific arguments are used to program thinking.  Some can see how they have been exposed to groupthink manipulation by their religious leaders and begin to unravel their thinking.

Two other companion tools are also helpful to show how people are programmed with harmful ideologies.   10 Common Logical Fallacies and Spiritual Axioms help them see the dichotomy between truth and fiction.

Another tool we highly recommend which takes an entirely benign approach is the Enneagram Personality Profile.  This process helps them see unhealthy thought patterns based on personality and instinct, which do not relate to their specific religious beliefs.  It simply shows what could influence their thinking to degenerate to unhealthy levels.

If you’ve taken off the veil, you can help others do the same.  We use a process we call the unconventional approach to saving a believer.  It does take a considerable amount of time and effort to help people confront their belief in mythology.

Unconventional Approach to Save a Believer

Most “believers” are taught to shun the tools mentioned above.  So, spending time to align and “pretend along” with them for a while helps them trust you.  Once you are considered safe,  you can share some tools to help them reprogram their thinking.

“If you attach your mind to any ideology, you’re going to be on a road, and that road may or may not lead you in a good direction.  But you’re gonna stay on that road because you are attached to an ideology. It could be a terrible road, but you stick with it regardless of rational thinking.” — Joe Rogan

Some people will stick with their beliefs in the face of facts and evidence.  They refuse the opportunity to participate in comparative analysis or even complete the Enneagram questionnaires, and they staunchly reject the application of logic to their faith-based worldview.  Moving beyond what they believe is an impossible proposition.

There is a way to help people stuck in religious ideology.  The unconventional approach to saving a believer takes considerable time and effort.  You’ll need to become someone they will accept and listen to without immediately rejecting your words.

Achieving this kind of alignment requires you to pretend along with them.  You do this to be accepted as safe.  You pretend along to gain trust.  Think of yourself as an undercover agent working to save someone.

Once accepted, you can begin raising questions about the basis of the ideology.  You can ask how they deal with the problem of evil or why their all-powerful God allows an evil adversary to exist.  You can ask why a loving God would create Hell.  If the same entity offering you salvation also threatens you with eternal punishment, that sounds more like extortion than salvation?

How long does it take to get to the point where you are considered safe?  That all depends on the level of their indoctrination.  Sometimes it takes three months, sometimes three years.  It is a considerable investment but worth the result as many ex-believers become the strongest advocates for truth.

We can see how our previous life experiences are obscured and blurred when we awaken.   We have been missing a lot.  We have seen life through a filter.  It is time to start moving beyond the dark veil of faith and ignorance.  The world needs free thinkers who can help solve climate change, the pandemic, and conflicts between nations and religions.

If you have questions or comments, please don’t hesitate to contact us.

(1) How faith is foolish https://www.scientificamerican.com/article/faith-and-foolishness/

(2) Religious Ignorance as a Threat to Society, https://www.theatlantic.com/national/archive/2010/10/religious-ignorance-as-a-threat-to-civil-liberty/64647/ 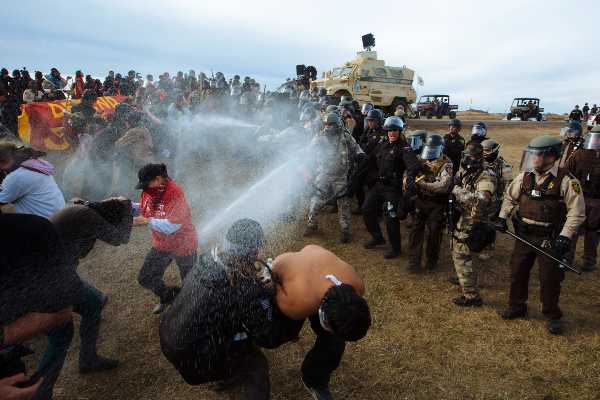 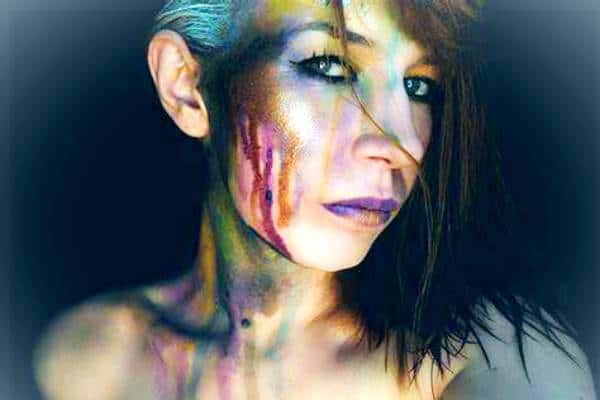 The Right Focus to Achieve a Higher Level of Consciousness 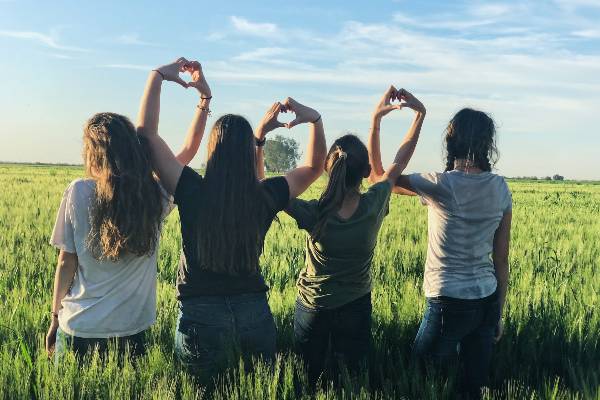 Analysis of The Four Agreements ― A Spiritual Path Test