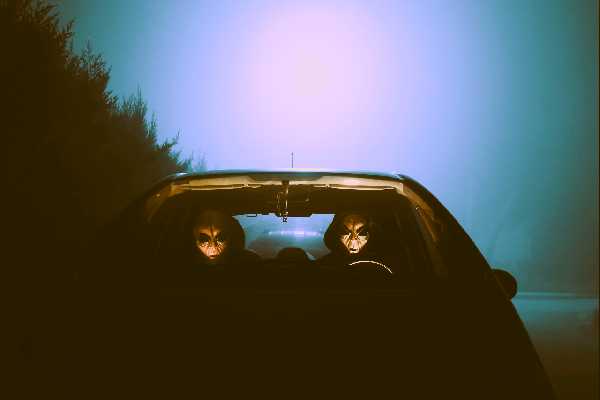 When you only have two choices and both have terrifying implications, which one do you pick?  Do you look for a third option? Either we are alone in the Universe or we are not.  Which terrifying option is your choice? Is there another option?

Are we the only intelligent life form in the Universe?  Or, are there other intelligent form?  These two possibilities give rise to fear based on their philosophical and logical implications.  Investigating these possibilities forces us to delve into the fabric of our fears.

“Only two possibilities exist: Either we are alone in the Universe, or we are not. Both are equally terrifying.” ― Arthur C. Clarke

There are several reasons this observation is so terrifying.  First, if alien life does exist, are they friendly or hostile?  Second, if we discover intelligent life, what does that mean for all those who follow organized religions?  Third, why isn’t there other intelligent life, are we special or a mistake?

These questions bring up our existential fear of death. Existential thought, contemplating our existence, comes early in life.  Children begin asking questions about death at an early age. It’s an inborn curiosity, a natural catalyst to spark the inward quest.  It prompts other questions.  Who am I?  How do I fit into the scheme of life on this planet?

The quest to find answers to these questions draws some into organized religion. If you only have two choices?  What are the implications if there’s only two possible outcomes?

Are We Alone in the Universe? 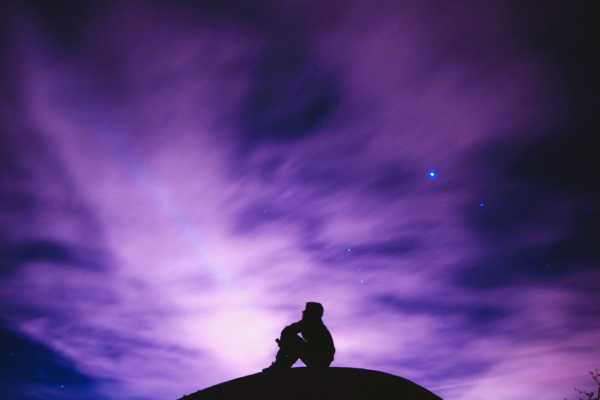 It is impossible to say with any reasonable degree of certainty that we are alone in the Universe.  To know the answer, we need to be able to rule out all other places.  Every Star Trek fan will tell you that this would be an illogical conclusion.

Let’s consider the possibility that we are alone.  Being alone in the Universe is just as fearful as not being alone because it means we are either an insignificant occurrence, anomaly, mistake, or, as the religions suggest, the object of celestial preference.

Many people cling to the mythologies of the Gods. These stories of a make-believe supreme being help people to avoid having to answer the dilemma presented by the idea of other intelligent entities.

Many religious legends teach us the Earth, and the Universe was made just for us. It makes us feel special, but for the wrong reasons, as it promotes a self-indulgent and self-centered perspective.   It’s a comforting substitute. Here again, you only have two choices.   When there’s only two possible outcomes, it forces us to deal with the dilemma posed by Mr. Clarke.

Whether you believe in a God, the possibility of extraterrestrial life brings our existential fear (1) to the surface. It’s the realization of our eventual demise. It’s a philosophical position leading to the meaningless or absurdity of life. (2)  Religion has a substitute for this as well, they call it the afterlife.

The possibility of extraterrestrial life would destroy the mythologies and superstition despite the comments of Pope Francis in May 2014 about baptizing Martins if they landed. (3)  His comments were meant to lay the ground for the Church to accept the unacceptable conclusions that life, any life, on another sphere would mean that humankind isn’t the only game in the Universe.

We don’t have to have face-to-face confirmation of intelligent life forms to crumble the tower of religious Babble.  Proof of even microscopic life would be sufficient to knock some serious holes in their metaphorical walls of superstition.

Recent psychological studies (4) warn of the potential for mass hysteria.  Polls show that 25% or one in four people in the USA would suffer some level of emotional distress.  The radio program of Orson Wells in 1930.  Even though he provided is disclaimer that the story was fictional, a large number of people took drastic measures in response, calling police, barricading themselves in fall-out shelters, etc.  (5)

We Are Not Alone in the Universe

There is more proof to support alien visitation probability than the existence of a supreme being.   The chance that other life forms exist in the multiverse is greater than the likelihood we are alone. 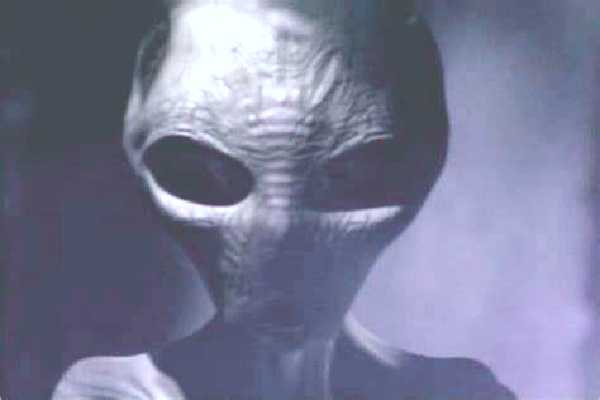 The discussion of probabilities brings us back to the original dilemma, what if there’s only two possible outcomes?  Contemplating this dilemma can be the catalyst for some serious  inner work.  Instead of hiding from our existential fear, we can use it to understand our psyche.

Astrobiology is the field of study seeking to answer the questions about extraterrestrial life.  It seeks to answer questions about (1) How does life begin?  How does it evolve and become intelligent? (2) Does life exist somewhere else in the Universe? (3) How does pollution and climate change affect the future for life on Earth?

SETI is an organization attempting to answer these questions.  They adopted a formula created by the scientist Frank Drake.  The Drake equation (1961) is a probability theorem to calculate the possibility of finding life. (6)

Where N = the number of civilizations in our galaxy with which communication might be possible (i.e., which are on our current past light cone); and R = the average rate of star formation in our Galaxy:

fp = the fraction of those stars that have planets

The answer to this equation is that are between 1000 and 100,000,000 planets with civilizations in the Milky Way Galaxy.  Given this answer, you sure there’s only two possible outcomes?  This would indicate one outcome is more likely than the other.

If You Only Have Two Choices, Which Would You Select?

Is there a third possibility? Can we decide not to choose either way but hold both options as potential realities?  This position leaves us open to the potentials of these possibilities without committing to either.  Does this third position enable us to contemplate the two prospects with less fear and dread?

It’s important to remember the false dilemma fallacy or the “either-or” fallacy. It’s an argument giving only two options when there may be other choices. It’s also known as the black and white fallacy.  When dealing with the unknown, it’s a good strategy to ask yourself if you are considering all of the possibilities.

“After I give lectures—on almost any subject—I often am asked, Do you believe in UFOs? I’m always struck by how the question is phrased, the suggestion that this is a matter of belief and not of evidence. I’m almost never asked, How good is the evidence that UFOs are alien spaceships?” ― Carl Sagan, The Demon-Haunted World: Science as a Candle in the Dark

“People think that alien spaceships would be solid and made of metal and have lights all over them and move slowly through the sky because that is how we would build a spaceship if we were able to build one that big. But aliens, if they exist, would probably be very different from us. They might look like big slugs, or be flat like reflections. Or they might be bigger than planets. Or they might not have bodies at all. They might just be information, like in a computer, and their spaceships might look like clouds, or be made up of unconnected objects like dust or leaves.” ― Mark Haddon, The Curious Incident Of The Dog In The Night-Time

This discussion is food for thought and contemplation.  This question is a good exercise for studying your personality through the Enneagram Personality Profile.   If you use this tool, you’ll find that many of the fears we face are social programming, and some are products of the mechanism of our personality.

Altered or higher states of consciousness also present us with other options for investigation.  Shamanic traditions have long told us that non-ordinary realms are as tangible as any normal state.

You only have two choices.  So, if there’s only two possible answers, only two possible outcomes, which option do you think is correct?  Does the answer the way I live, or is this simply an unimportant philosophical argument?

(3) For Pope Francis, It’s About More than Martians: https://time.com/99616/for-pope-francis-its-about-more-than-martians/

(5) Orson Wells Induces Mass Hysteria through Radio Broadcast of “The War of the Worlds”: https://www.historyofinformation.com/detail.php?id=626 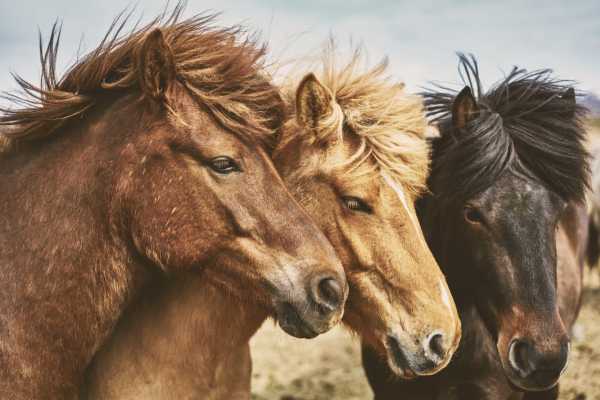 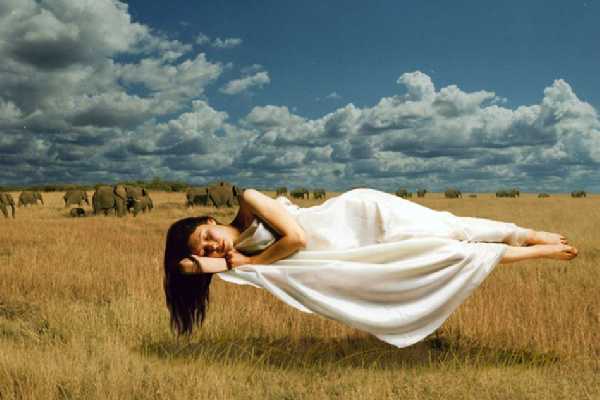 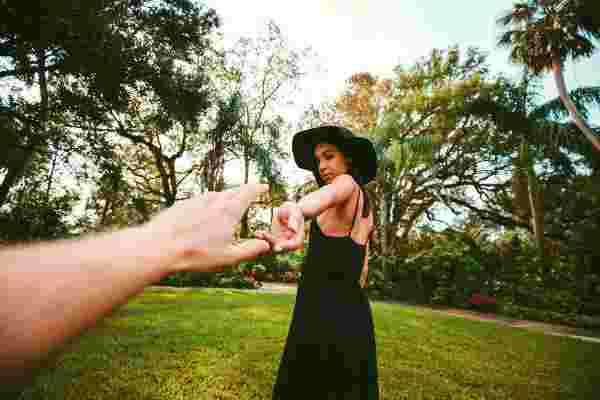 Moving Beyond Your Limits — Learning to Thrive