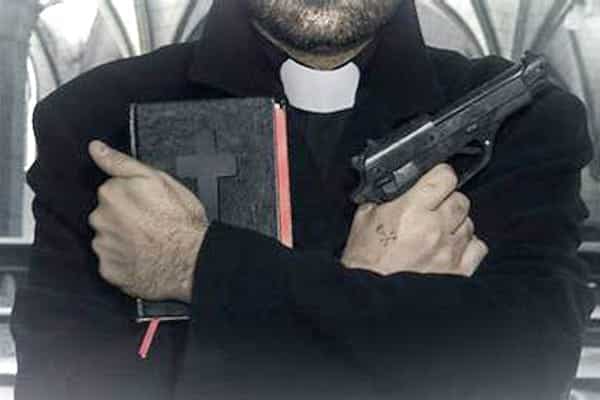 The tree of religious faith has two main branches; one fosters love and peace, but the other promotes hatred and violence.  Our core beliefs can be programmed to produce either.  To which limb do you belong?  Are you even in the tree?

Our beliefs about reality come from our paradigm, which is a filter that contains the judgments and values about everything, including ourselves.   If we base our thinking on bias and prejudice, we are a negative influence.  However, if our thinking is based on positive values, then we have a positive influence.

Unfortunately, this filter can be influenced and programmed by several sources.  We get harmful programming from TV shows that masquerade as news, like “Fox News.” This is merely a reflection of religious programming that infiltrates our culture.  On top of this, we have the commercialization of our culture.  Together they create the fabric of a “national folklore” that distorts the thinking of many people.  (1)

Our Core Beliefs Can Be Programmed

A weapon is an object used in an offensive or defensive manner.  We judge this as lawful and necessary when we use a weapon to defend or protect.  We can also use weapons to commit crimes, and we consider this action unlawful.  The line between illegal and legal is often murky.

So, the problem is the right and the wrong way to use a weapon.  It is permissible to cause harm to another who is committing what the culture judges as the greater evil.  The traditions of many cultures allow one person to kill another in self defense.  What if you could have prevented the attempt against your life without using deadly force?  How do we decide?  Who gets to decide?

War brings up another ethical dilemma.  A declaration of action is the way a country commits mass murder.  Those who act on behalf of the government must set aside their moral standards.  Some religions declare war.  They do this to justify killing in the name of God.  It’s how our core beliefs can become weapons of hate.

The decision of what is true and false is a cultural standard.  Religion is a weapon that can distort these standards.  The result is a biased and prejudiced society.

“Religion, a mid evil form of unreason, when combined with modern weaponry, becomes a real threat to our freedoms.  This religious totalitarianism has caused a deadly mutation in the heart of Islam and we see the tragic consequences in Paris today.  I stand with Charlie Hebdo, as we all must, to defend the art of satire, which has always been a force for liberty and against tyranny, dishonesty, and stupidity. ‘Respect for religion’ has become a code phrase meaning ‘fear of religion.’ Religions, like all other ideas, deserve criticism, satire, and, yes, our fearless disrespect.” — Salman Rushdie

“The constant assertion of belief is an indication of fear.”― Jiddu Krishnamurti

Many people are subject to group hypnosis and self-hypnosis manipulation methods regularly. However, they don’t realize it because these mind control techniques are cloaked in religious myth. These techniques are the power behind Western organized religion. However, they didn’t invent these methods.  They took them from the venerable mystery religions of the Mediterranean region. Today they are the Semitic religions. The three branches of this tree are Christianity, Islam, and Judaism.

These religions program negative bias and prejudice.  They program us to judge.   People will also defend these values, even if they are harmful to themselves or others.  They may not make rational sense, but people still protect them.  It shows us how powerful our core beliefs can be; they can override our sense of empathy and fairness.  (2)

Religion is a Weapon of The Traditions

We acquire our core programming as we mature.  Our families are the first to install values of what is right and wrong.  We learn to mirror behaviors from family and friends.  Other institutions also contribute layer upon layer.  They all add to and reinforce our belief system.

When we are children, we often have no choice.   Our core beliefs can be a part of the traditions of our family.  It is hard to reject the dominant religion in many cultures—failure to accept it results in punishment, including death.  So religion is a weapon of indoctrination.  The question is then, what messages is it programming?

The traditions of ancient cultures used stories ripe with metaphors and analogies to create an oral tradition.  It makes the lessons memorable.  It’s important to remember that the stories are metaphors and not real things or events.  Once you cross that line, then you mistake metaphors for facts.

“When we see religion split into so many thousands of sects, and I may say Christianity itself divided into its thousands also, who are disputing, anathematizing and where the laws permit burning and torturing one another for abstractions which no one of them understands, and which are indeed beyond the comprehension of the human mind, into which of the chambers of this Bedlam would a man wish to thrust himself.” ― Thomas Jefferson, Letters of Thomas Jefferson, Letter to George Logan, 12 November 1816

Our core beliefs can be programmed by organized religion because they infiltrate the culture with superstition and values.  These aberrations become laws of the land.  These laws are based on illogical and prejudiced value-based parameters.  They can be so deep-rooted in our psyche that we have no conscious awareness of their operation.  It makes them powerful motivators.

The Focus of East and West Differ

Eastern and Western thought differ a great deal.  The traditions of the Eastern thought focus on self-development.  They are the pioneers and storekeepers of many tools for exploring consciousness.  Whereas, the focus of Western thought is the belief in myths to create a cash-flow system.

Western organized religion controls the cultural narrative of the world with over 4 billion members. That accounts for half of the population of the world.  It has created this empire by selling mythology.  They got all of their money-making tactics from the ancient mystery religions, along with their core beliefs.  These systems include:

The systems from India are the home of:

The Pagan religions are:

Many of the Pagan systems have roots in Western culture, but have more in common with Eastern thought.

Is Religion a Weapon of Love or Hate?

Religion is a weapon of the dominant cultural narrative.  Does the narrative foster love or hate?  The easiest way to tell is to look at the facts and results, not the propaganda.  Here are some characteristics of belief systems.

1) Inconsistency in Words and Deeds

The first thing to consider when looking at a belief system is the consistency of the words and deeds which it promotes. If the doctrines are contradictory, the system is not consistent.

Look at the main philosophy of the ideology. If it promotes love and compassion throughout, then it is consistent.

“Of all the systems of religion that ever were invented, there is no more derogatory to the Almighty, more unedifying to man, more repugnant to reason, and more contradictory to itself than this thing called Christianity. Too absurd for belief, too impossible to convince, and too inconsistent for practice, it renders the heart torpid or produces only atheists or fanatics. As an engine of power, it serves the purpose of despotism, and as a means of wealth, the avarice of priests, but so far as respects the good of man, in general, it leads to nothing here or hereafter.” ― Thomas Paine, The Age of Reason

People deny science because it exposes the errors of their belief system. When scientific evidence contradicts their beliefs, they have no defense other than to deny the facts. If people do not understand complicated scientific principles, they deny them.

There is a form of healthy skepticism, but it uses science as a guideline to confirm ideas. One changes their beliefs to align with the understanding of science.    If you don’t understand something, instead of rejecting it outright, seek to improve your knowledge.  Remember, our core beliefs can be weaponized to defend errant and harmful beliefs.

“Who is more humble? The scientist who looks at the universe with an open mind and accepts whatever the universe has to teach us, or somebody who says everything in this book, must be considered the literal truth and never mind the fallibility of all the human beings involved?” ― Carl Sagan

People use religion to justify bias and prejudice.  They use they use their holy texts as authority to justify gender, race, and ethnic discrimination.  People will admit to the past genocides but say that those are things of the past.  Sadly, these actions are not things of the past; they continue to this day.  They say it’s an extremist sect or denomination, but not their religion.  It is the clearest example of how religion is a weapon of hate.

“People nearly always believe and are willing to back it up with weapons and cruelty, that their religion and way of life is better than the other person’s.” — Caroline B. Cooney

“I do believe that nice religious people make the world safe for extremists by teaching us that faith is a virtue, that there’s something good about holding beliefs without any substantiating evidence, that you believe because you believe.  Once you buy into that, then the door is opened to extremists who defend their extremism by saying, ‘Oh well, it’s my faith, you can’t touch it, you can’t criticize my faith, I don’t even need to defend it because faith is faith.” — Richard Dawkins

Not all religions are contradictory, deny facts, or justify inhuman behavior, but some do.  How do your beliefs compare to a weapon of love or hate?  Our core beliefs can be programmed to support either.  Does your religion program you to hate others?

Perhaps you have a completely different point of view or disagree with this analysis. Please share your thoughts.

Suppose you like what we do; please consider helping us stay online to spread this information.  Click on the donate button and buy us coffee.

(1) Is Weaponized Religion a Threat to Humanity?  www.futurity.org/democracy-religion-politics-2586642/

(2) Religion, Spirituality, and Health: The Research and Clinical Implications https://www.ncbi.nlm.nih.gov/pmc/articles/PMC3671693/ 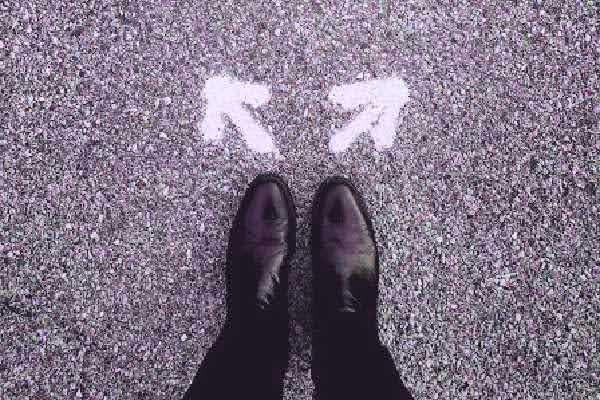 Prejudice is Based on Ignorance Disguised as a Choice 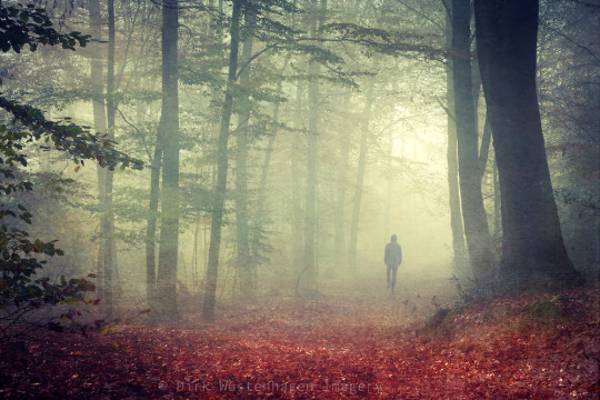 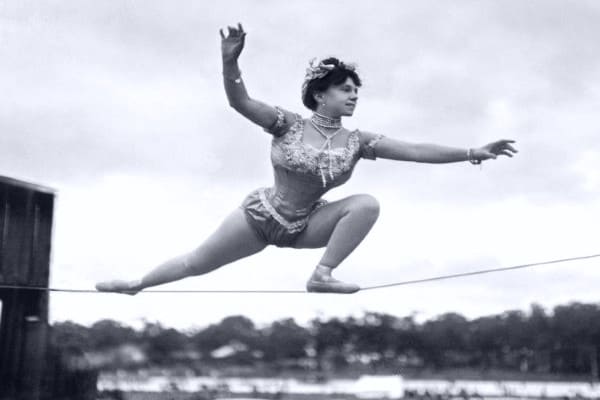