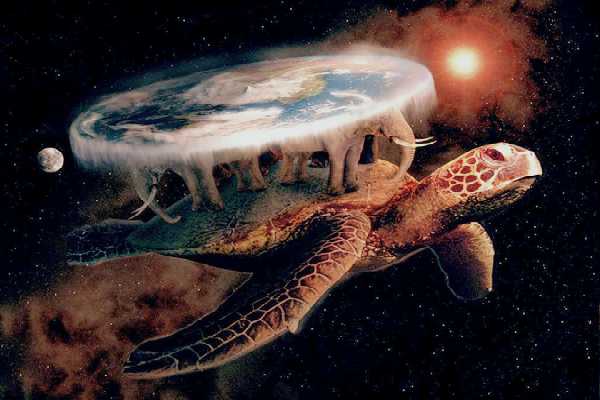 The need to belong to a tribe is a desire based on fear.  The tribe dictates what is accepted.  So, what people believe prevails over the truth.  Find out if you are doing this and why.

See if You Can Prove Me Wrong

You’ll never hear a religious leader tell their followers to research things themselves and see if what I’m telling you is correct.  No, it is quite the opposite.  Instead, religious leaders will say you must t believe what they tell you without question.

For example, the creation stories of the Lenape and Iroquois Indians taught the Earth rests on the back of a great sea turtle.  They believed it was valid because it was a sincerely held belief.

The Church taught the Earth was flat and so imprisoned Galileo Galilei for heresy by asserting that the Earth was a mere sphere in the universe and that the Sun was at the center (and the Earth was not flat).  The sincerity of the Church was backed with Authority to punish those who challenge their position.

“Sincerity is all that counts. It’s a widespread modern heresy. Think again.  Bolsheviks are sincere. Fascists are sincere.  Lunatics are sincere. People who believe the Earth is flat are sincere.  They can’t all be right. Better make certain that you’ve got something to be sincere about and with.” — Tom Driberg

These preachers and teachers use some common tactics to base their claims.  These proofs involve circular reasoning and the substitution of fiction as facts.  But, the central linchpin in their arguments focuses on the belief in a higher power.  But not just any spirit being, their God.  If you buy this, they can program anything.

Stop for a moment and consider the three most popular religions of the Abrahamic tree.  These religions are Christianity, Islam, and Judaism.  Do they not all use these tactics to substantiate and justify their worldviews?  See if you can prove me wrong.

“Thought is so cunning, so clever, that it distorts everything for its own convenience.” — Jiddu Krishnamurti

If what you believe is part of your identity, it shatters your worldview and psyche if your beliefs are incorrect.  And, this is precisely why religious leaders want you to buy into the mythology and superstition, hook, line, and sinker.  (1)

“That is the idea — that we should all be wicked if we did not hold to the Christian religion.  It seems to me that the people who have held to it have been, for the most part, extremely wicked. You find this curious fact, that the more intense has been the religion of any period and the more profound has been the dogmatic belief, the greater has been the cruelty, and the worse has been the state of affairs. In the so-called ages of faith, when men really did believe the Christian religion in all its completeness, there was the Inquisition, with all its tortures; there were millions of unfortunate women burned as witches, and there was every kind of cruelty practiced upon all sorts of people in the name of religion.” — Bertrand Russell

These religions need you to tie your identity to the belief system.  They say, I’m a Christian, I believe my sect of Christianity is correct.   If you accept a belief system as your source of identity, then they can get to believe anything.  See if you can prove me wrong on this point.

“So when people ask me if I believe God created the universe, I tell them that the question itself makes no sense.  Time didn’t exist before the Big Bang, so there is no time for God to make the universe in. It’s like asking for directions to the edge of the Earth; the Earth is a sphere, it doesn’t have an edge, so looking for it is a futile exercise.” — Stephen Hawking

What People Believe Prevails Over the Truth

Denial is an unhealthy but powerful psychological tool.  As a culture, we accept some people will live in constant denial.  These are the people who choose to accept the programming of a religion.  The fact is, they have established the legal right to believe in fairy tales.

They are proud to say they live by faith and not by sight.  And, even if you can prove me wrong, I will still believe.

The problem they create by holding onto a tribal paradigm becomes more clear during a global issue like a pandemic.  You don’t have to belong to a religion to deny facts and science.  Some people deny scientific facts because of the association with fringe groups that promote unjustifiable counterclaims.  Identification with a group or leader becomes the driving force of thinking.

Organized religion becomes a powerful force in our culture, programming beliefs, and values.  They can use this power to motivate people to violence, all in the name of their imaginary friend.  It all starts with the programming of reasons to believe in God.

One must deny and attack any ideas that threaten the paradigm for this to work.  When you expose yourself to propaganda and self-hypnosis tactics, it takes its toll on your ability to use common sense and reason.  But it works.  That’s why what people believe prevails over the truth.

“There is a cult of ignorance in the United States, and there has always been. The strain of anti-intellectualism has been a constant thread winding its way through our political and cultural life, nurtured by the false notion that democracy means that my ignorance is just as good as your knowledge.” ― Isaac Asimov

“The biggest advantage to believing in God is you don’t have to understand anything, no physics, and no biology. I wanted to understand.” ― James D. Watson

Reasons to Believe in God

The need to believe is a psychological trigger.  Belief is a powerful thought script.  For example, if you are a gymnast, you must be confident that you will complete the desired move; otherwise, you will almost surely fail. The completion of a challenging gymnastics move helps us build confidence in doing more and more complicated tricks.  It connects with our emotions and makes us feel good that we have accomplished the maneuver.

The belief in a higher power creates a similar emotional high, like the gymnast completing a double-backward somersault.   God becomes a catch-all imaginary being where the believer places trust and confidence.

All the significant mythologies build their core tenants around the ideas of a supreme being or multiple beings.  It’s an entity that provides everything for the asking, from health and success to a fantastic afterlife.  All you need to do is join in and pay your dues.  Sadly, many people buy into it, proving what people believe prevails over the truth.

“There are no good reasons to believe in God.” ― Daniel Dennett

If we analyze these religions, we find they are metaphors, ways to describe attributes and abilities.  They need to believe that these attributes belong to a divine intelligent being is the focal point of religion.

There are two groups of people who get “hooked” on things with no credible proof.  First are those who have continued exposure to the brainwashing techniques of religion.  The second group is the individualists who are curious but also drawn to controversial or counter-culture ideas.

Both groups gravitate towards unproven ideas.  In modern times, the term conspiracy theory has become associated with those who believe in far-right ideologies.  But, this is a misuse of the term.

A conspiracy is a group of people acting together in secret.  You can conspire to hold a surprise birthday party for someone.  A theory explains how something works.  The theory of gravity is an example of how we explain gravity, how it works, and why.

Why do people believe in things that have no factual basis?  It’s the same as the reasons to think the Earth is flat or in God or the Devil.


1) Lengthy exposure to propaganda and groupthink manipulation tactics
2) Family, ethnic, or racial tradition
3) Association with the group of like-minded believers becomes a part of personal identity
4) It provides a shared worldview and boundaries to protect
5) The need to belong to a tribe
6) Adhere out a sense of family or cultural tradition
7) Out of fear because it is a mandatory element of the culture/tribe
8) They place their trust in unfounded allegations we refer to today as “conspiracy theories.”

These factors are why it’s difficult to change someone’s mind. What people believe prevails over the truth because they are subject to one or more of these factors.

We are not the first to note that belief has the power to overcome facts.  Human nature has not changed in thousands of years.  Religion uses politics as a tool against the facts and the truth.  The distortion between fact and fiction intensifies the more religious ideology infiltrates politics.

Religion is the root of all evil, but perhaps you can prove me wrong on this point.  Until then, we agree with ancient Greek philosopher and statesman Sophocles. 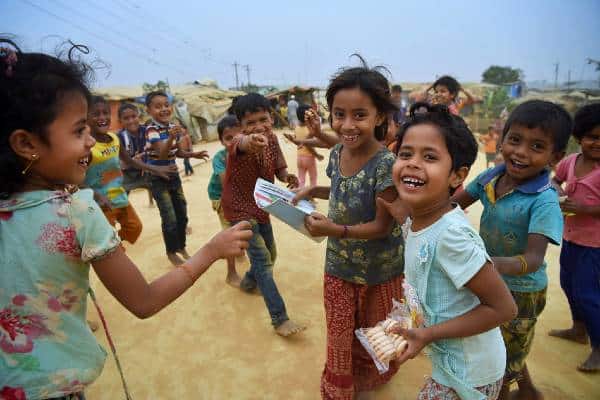 Childhood Pastimes Hold The Key To Your Earthly Pursuits 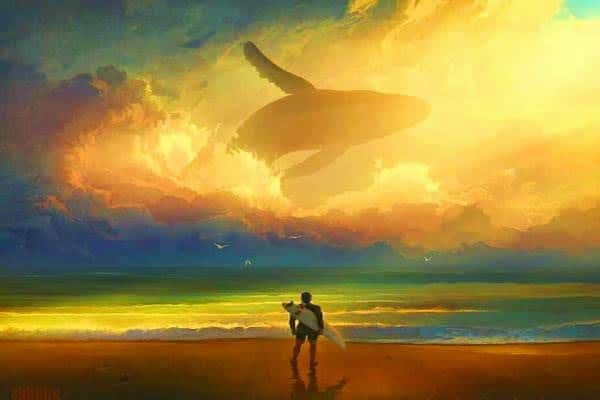 The Scary and Unusual Side Effects of Spiritual Awakening