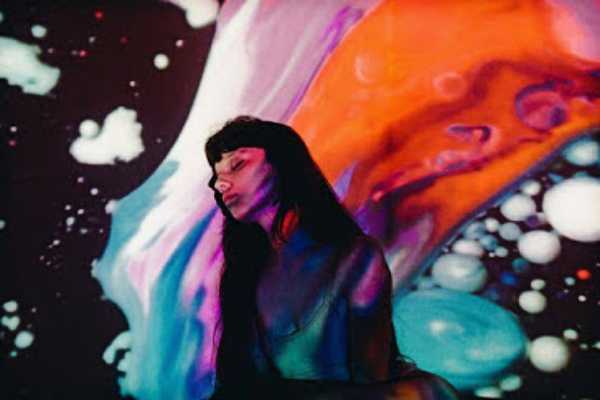 Mantras of the Indian Sanskrit language are energy-based sound formulas. Here is what we call “the truth seekers guide.”  It’s a catalog of mantras containing those which are the most potent and easiest to use.    Learn how this ancient spiritual technology can benefit your life.

Mantras and sutras are Sanskrit terms.  They are essentially vibrational energy formulas.  These tools have been used for thousands of years.  Most other languages create words based on their meaning, whereas mantras are energy-based. We can vocalize them or use them silently.  Mantras are sounds that vibrate with the human nervous system’s energy centers known as Chakras.

We don’t know how they work. Science is still trying to determine the exact mechanisms that make them work. We know its effect on our physiology, consciousness, and awareness.

Many cultures worldwide have used these vibrational energy formulas for centuries, and we include them in the truth seekers guide for our participants. They generate and enliven both physical and spiritual energy.  These formulas are fundamental tools for exploring and altering consciousness.  Mantras have some unique characteristics:

The Truth Seekers Guide to Mantras and Sutras

The discovery and development of mantras pre-dates written history. So, no one can say for sure who or how they found or developed. Almost all historians agree that Hinduism’s Brahmin priests are the first to compile and use the Vedic oral tradition’s secrets. These priests used them in their priestly duties to maintain the cosmos and religious order (Rta or dharma).

Eventually, these powerful words and phrases became known to the general population.   People began to understand the power of words.  And they learned and how they shape reality.  Thus, making them tools of consciousness to raise the vibration of everyone. Consciousness is like a rainbow with many different colors that fade and overlap.

What matters is that these tools work; they produce the desired result.  They are like most medical treatments.  No one knows how many medical therapies work, but we know they do.  All one can say for sure is that there is a result when done correctly.  Sometimes this result is experiential, and sometimes it is also physical.

We find sutras in both Vedic and Buddhist traditions.  The Buddhist tradition borrows many Hindu mantras but adds many of their design.  In Vedic tradition, Sutras are precepts of knowledge, and we can trace the meaning of the word or phrase.

The term Sutra in Buddhism refers to the discourse of the Buddha.  This dialogue is what makes up the introductory text of Buddhist scripture.

The Siddhis of Patanjali uses sutras, which is one of the advanced levels of meditation. One needs a solid practical foundation of practice using Japa or some other similar meditation form before learning.

One gains this level of grounding and centering after about a year of daily practice.  Without this foundation, using sutras will be ineffectual at the least.  A qualified instructor will only teach these types of advanced techniques when the student is “ready to learn.” It is especially true for practices that open the third eye.

The simplest mantras are the “seed sounds.” These are the root sounds that form many of the longer mantras.  Hindu tradition associates an anthropomorphic deity with each seed sound.  It gives the seed sound a personification to help one visualize and remember the meaning “behind the sound.” It doesn’t matter if you call these beings “principles,” “ancestors,” or “gods and goddesses.” What is essential is the power they represent.

You can chant these seed sounds or repeat them mentally.  The use of these seeds is best when following a 40-day approach.  This method prescribes using the mantra for 40 days straight.  Many teachers recommend chanting the mantra at least108 times.  Some prefer doing it all day.

These short “seed” sounds are a catalog of mantras unto themselves.  Everyone can practice at one of these.

Eim, pronounced “I’m”: This is the seed sound of the feminine deity Saraswati who prevails over artistic and scientific endeavors, music, and education. The same principle governs the development and manifestation of spiritual knowledge, good education, memory and intelligence, and musical skills.

Gum is pronounced just like chewing “gum”: Is the seed sound of Ganapathi, son of Shiva and Parvati.  Ganapathi is another name for the deity Ganesha. This deity removes obstacles, brings success in endeavors. It is perfect for those who are just getting started with mantras and testing them.

Klim, pronounced “kleem”: This is the seed mantra for the “principle of attraction.” It is sometimes combined with other mantras to attract an object of desire.  As you chant the mantra, Klim, focus your power upon the desired condition.

Om pronounced “oam”: It is a sound that refers to our Soul, or rather the essence of reality sometimes called Brahman.  It encapsulates everything in the Universe, truth, divine, supreme spirit. The syllable is at the beginning and the end of chapters in the Vedas, the Upanishads, and other Hindu texts.  It is the introduction to many mantras as a way of saying,” Hey Universe; it’s me, a part of you.”

Shrim, pronounced “shreem”: This is the sound for the feminine principle of abundance.  It is associated with the deity Lakshmi.  People use this to attract abundance: financial wealth, good health, friends, enough food to eat, inner peace, the love of children and family, and so forth.

Catalog of Mantras for General or Physical Help:

Pronounced, “om, throum, nara-ish myha, nam aha.” It means, roughly, “I salute and manifest that energy that destroys the seemingly indestructible.” The seed sound “Kshraum” rhymes with “how’m”; the “ksh” is aspirated but not vocalized. As the seed mantra for Narasimha, this sound releases and unlocks things that need releasing.  It overcomes and defeats seemingly indestructible negative energies.

Pronounced, “om, gum, gana-pat-a-yeh, nam-a-ha.” It translates as “Om and salutations to the remover of obstacles.” Ganesha, the elephant-headed god, is also a remover of both inner and outer obstacles.  Ganesha represents the unitive principle in earthly affairs. His mantra specifically helps to harmonize humanity into a spiritual force that can better withstand everyday negative influences. Use it to remove any obstacle.

Pronounced,” om, Shri, Shana Ishwar-aya, swa-ha.” This mantra roughly means “Om and salutations to the remover of obstacles for which Gum is the seed.” Systemic disorders such as chronic fatigue syndrome usually involve the spleen. As an added benefit, this mantra addresses issues of the skeletal system. Ganesh (or Ganapathi) is the supreme remover of obstacles. His mantra is, therefore, helpful in removing those blockages that cause illness.

Pronounced, “om, shrim, ma-ha, laks-me-yah-he, swa-ha.” This mantra means, “Om and salutations to She who provides great abundance.” Hinduism’s feminine trinity includes Lakshmi, Durga, and Saraswati.  These three represent the primary modes in which spiritual power manifests. Lakshmi is the leader of this trio.  If you are younger than twenty-eight, replace Swaha with Namaha at the end of the mantra.

Pronounced, “om, doom, dur-ga-he, nam-a-ha.” This powerful mantra means, “Om and salutations to She who protects the pious.” This mantra always ends with Namaha, regardless of your age.

Pronounced, “om, I’m, Ahara-swathe, swa-ha.” It translates to “Om and salutations to She who presides over  the  manifestations  of divine speech.”

Pronounced, “om, Shri, Dan-van-tree, nam-a-ha.” This one translates to “Salutations to the being and power of the Celestial Physician.” Ancient Vedic records describe a healer called Dhanvantre, the “Celestial Physician.” His mantra helps us find a path to the appropriate healing method for any health problem.

Pronounced, “om, ram, ram-eye-a, nam-a-ha.” This one translates to “Om and salutations to the energy of Rama.” Rum ( or sometimes spoken as Ram) is the seed sound for the solar plexus chakra: the locus of tremendous, dormant healing energy. This mantra begins to awaken and activate the entire chakra.

The most potent healing mantra is a “freight train” mantra because of its length.  Those who need healing learn it quickly, and many have experienced extraordinary results. It is outlined below it two stanzas.  You can sound this one out using the cues above.

It roughly translates to “Om,0 most compassionate Rama! Please send your healing energy right here to the earth, to the earth (twice for emphasis). Salutations.”

Sutras are words or phrases we know and understand.  So, affirmations are a type of sutra.  And, as mentioned above the Yoga Sutras of Patanjali contain words with meaning.  However, it’s important to remember that translations between languages often leave room for differing interpretations.

Mantras and sutras are essential tools of consciousness.  They are vehicles that allow our awareness to traverse the depths of our subconscious mind.  And they can connect us with pure consciousness and nature.  They help us speed up healing and learning.  The short catalog of mantras in this article will provide a solid foundation for your inner work.

“The mantra that you’re given in Transcendental Meditation you keep to yourself. The reason being, true happiness is not out there, true happiness lies within.” ― David Lynch

Find a Yoga practice that’s right for you. You’ll be glad you did. 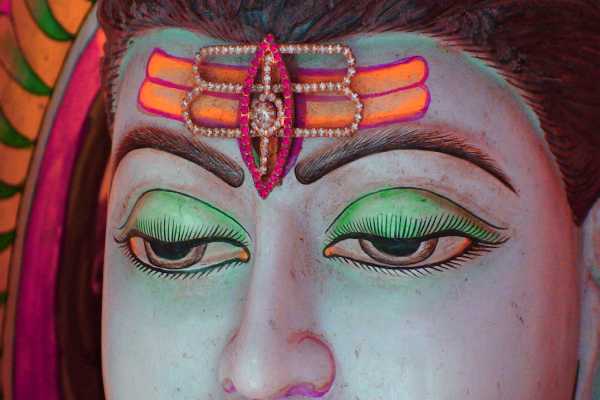 Get The Truthful Answers About The Third Eye Chakra 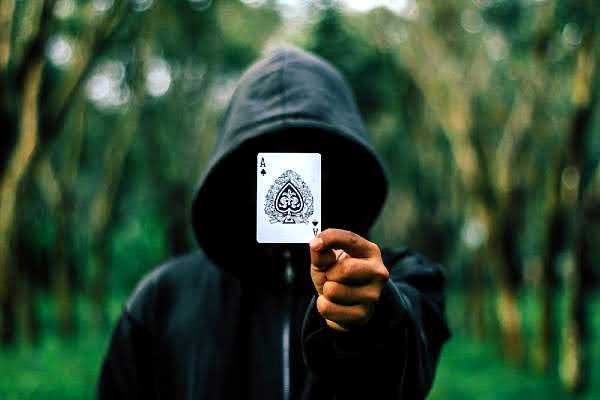 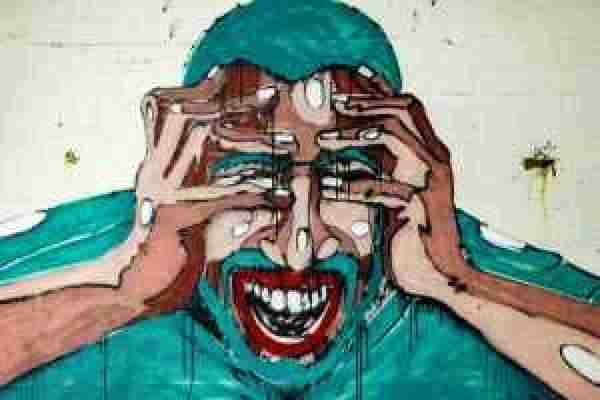