What is the soul?  Does the soul exist?  Are there credible proofs for the human spirit?   Yes, we can define the human soul, and here are the three ways to prove it exists.


Proving something that exists that does not have physical form is challenging.  The burden of proof is on the person making a claim.  So, it is up to us to present you with three ways to prove that the thing we refer to as spirit or soul exists.

What is the Soul

The spirit or soul is that aspect of our consciousness experiencing our life.  Some refer to this as the Observer because it is “watching” what is happening.  It is the home of our emotions and memories.  Even the elements of personality may be located here.  Much about the mind is yet to be known.  Where things are housed or stored cannot be measured.

We may not be able to see or locate this entity, but some believe we can measure it as a frequency or wavelength of activity on an electroencephalograph.  It is a machine that can map the electrical activity of the brain.  We can also use an MRI (Magnetic Resonance Imaging) to measure more detailed brainwave activity.

Proving our spirit exists has important implications.  Answering the questions, what is the soul, does the soul exist?  Determining if the human soul is real is one of the earliest intellectual quests.   It is one of the primary reasons for man’s interest in exploring human consciousness.

Are there proofs for the human spirit?  It’s the 21st century as measured by the Gregorian calendar.  We live in a time when you would think that science would reign supreme over mythology and superstition, but the conflict between science and religion continues.  This battle clouds the issue of what we call the soul, spirit, or Observer.

Our existential fear of death is a prime motivator.   The implications of death prompt us to seek answers to who and what we are.   Is our consciousness eternal or temporary?  It all leads back to our initial question, does spirit exist?

Unfortunately, this primal fear is also a money-making opportunity for organized religion.  The idea of the afterlife clouds the issue.  The belief in an imaginary friend who will reward you with existence after you die or punish you with Hell if you don’t follow along is not just a distraction; it’s a crime.  The misuse of our existential anxiety undermines its purpose, to give value to life.

Immanuel Kant provides a critical observation.  He reminds us that everything we experience occurs within the mind.  So, the landscape of intellect is where we must find these proofs.  Beware of being sidetracked by religion and its mythologies and superstitions.  Don’t mistake myths for facts, and you’ll be able to use your intellect without fear.

Does the Soul Exist?

Proofs for the human spirit fall into three basic categories.  The Philosophical explanation relates to how we define the terms involving the human essence or soul.   The next is the experiential proof, which explains how non-ordinary states are a shared experience.  The third proof is the scientific link between light, vibration, and consciousness.

The Question, Does the soul exist, starts with philosophical proof (1).   To find the answer, we must define the terms of our objective.  Many traditions use the word Soul interchangeably with spirit.  So, proving that spirit exists is the same as proving the soul exists.

Let’s take it a step further.  Many people are unaware that the real you is the Observer; it’s the person you talk to inside your head.  It’s that thread of perception that experiences your dreams.  Our awareness is consciousness made conscious.

So, Consciousness, Soul, Spirit, and Observer describe the same thing.  It is a reasonable conclusion.  There are various ways we can prove each of these.  The most basic is that we are self-aware.  Self-awareness is the first proof that our Soul’s Observer, Spirit, exists.

Does spirit exist based on this proof alone?  Many early researchers thought so.  And the early pioneers of psychology, like Carl Jung.  He uses the term collective unconscious.  We share the structure of the unconscious mind with all beings of the same species.

There is no credible proof for life after death.  We can also discount all the assertions of religious mythology and its superstitions.  Belief in mythology is not proof of the existence of the spirit.  Unfortunately, faith in imaginary beings is not proof of anything.

We can also discount near-death experiences.  These experiences always reflect the dominant cultural narrative.  These superstitions vary from culture to culture.  In Western cultures dominated by the dying-god sects, it is common for people to have experiences involving tunnels and light.  Eastern cultures not programmed with these scenarios do not share these elements.  By contrast, in Eastern cultures, they meet their ancestors.

So, although near-death experiences are engaging, they prove nothing regarding the continued existence of soul, spirit, or consciousness.  We would need a common experiential element.

What we need is a “common experiential element.” We need something that transcends cultural and societal boundaries, leading us to experiential proof. 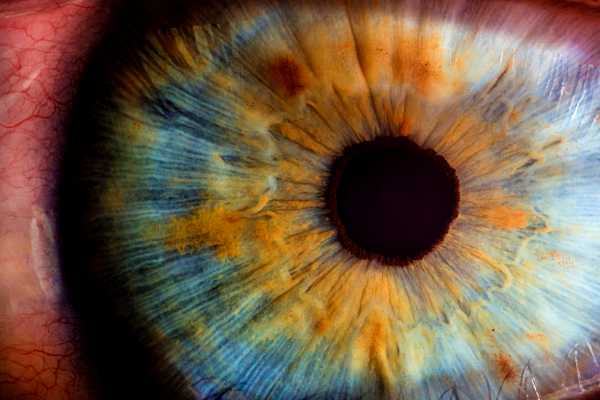 This state is the most ancient form of spiritual practice.  The state of consciousness while in the Shamanic Journey is what Michael Harner (2) refers to as the Shamanic State of Consciousness (SSC).  This partition of awareness has some unique, measurable properties with brainwaves in the theta-wave area around 4 to 7Hz.

While operating in SSC, you are fully self-aware of your body and use your imagination to move through a visionary landscape where you encounter typologies and symbolism of your psyche.  You do not need to use psychotropics to induce this state.   As such, you remain in complete control of the depth and duration of the experience.

The Shamanic Journey is ancient spiritual technology found in many indigenous cultures.  Because of how it reveals the typologies of the psyche, it is likely the source of the mythologies that make up the foundation of Western religion.  Our current culture rebrands this to make it more marketable.  Some also call it creative visualization or guided meditation.

Transcendental consciousness has several names depending upon the culture.  Some call it the 4th state or ground state, but others call it “pure or bliss” consciousness.  It’s a significant partition of consciousness with unique metabolic characteristics, including increased coherence of brainwave patterns, increased brainwave frequency modulation, and brainwave operation in the theta-wave area from 4 to 7 Hz.

This partition of awareness provides a deep state of rest while at the same time the mind is alert but free of the internal dialogue.  It is the experience of pure awareness.  Many authorities, from Joseph Campbell (3) to Maharishi Mahesh Yogi (4), describe it as bliss consciousness.

The most direct way to reach this state is using a mantra with a process known as Japa.  It is the same process Maharishi brought to the West as Transcendental Meditation (TM).

Many people discount the philosophical and experiential methods of proof.  But the scientific discipline is one that even skeptics can accept.  The proofs for the human spirit 2021 culminates with the use of physics. 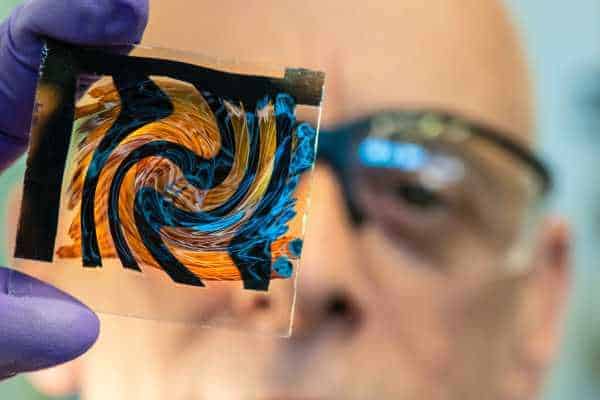 Since all matter has a vibrational frequency, everything with substance is conscious to some degree (5).  This finding correlates with physics.  Hence, everything in the Universe possesses the characteristics of the spirit.

In that case, we can prove the existence of spirit since our consciousness and physical being is a “unique vibrational frequency.”

“Some cognitive scientists believe the human response to music provides evidence that we are more than just flesh and blood—that we also have souls. Their thinking is as follows: All reactions to external stimuli can be traced back to an evolutionary rationale. You pull your hand away from the fire to avoid physical harm. You get butterflies before an important speech because the adrenaline running through your veins has caused a physiological fight-or-flight response. But there is no evolutionary context within which people’s response to music makes sense—the tapping of a foot, the urge to sing along or get up and dance, there’s just no survival benefit to these activities. For this reason, some believe that our response to music is proof that there’s more to us than just biological and physiological mechanics—that the only way to be moved by the spirit, so to speak, is to have one in the first place. There” ― Jodi Picoult, Sing You Home

The Proofs For The Human Spirit

What is the soul?  We think these three proofs provide convincing evidence for the existence of the spirit, soul, or Observer.  But, if someone has already decided that it does not exist, it’s a more challenging task to help them see the evidence.  What do you think?  Does the soul exist?

“The Soul is a fact, but it is not physical. … Survivors of near-death experiences attest that some part of them apparently detaches from their physical bodies following the death of the body, but while that is proof of the soul for them, it does not prove it to us.  The soul is like divine music that only God can hear; it is the force of endless resurrection; the soul is like a fire that never goes out.” —  Caroline Myss 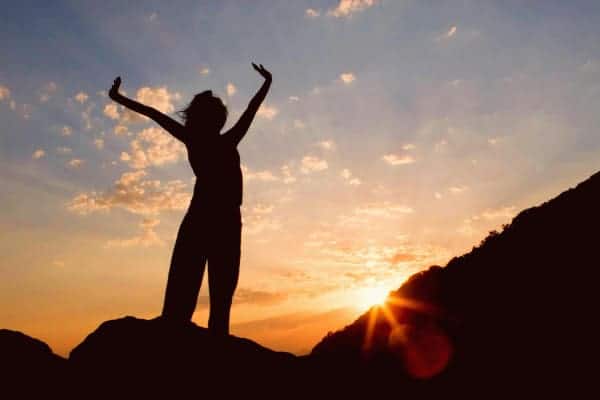 Expanding Our Range and Scope of Awareness 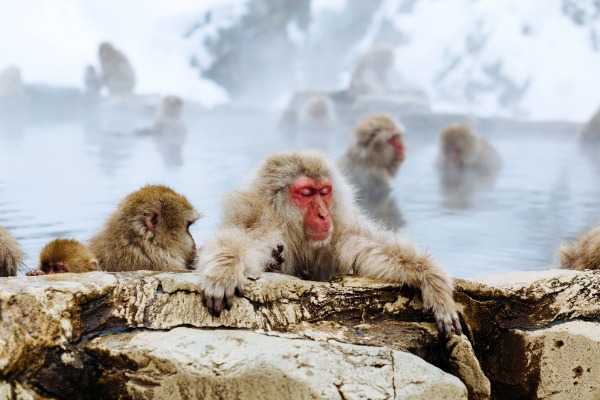