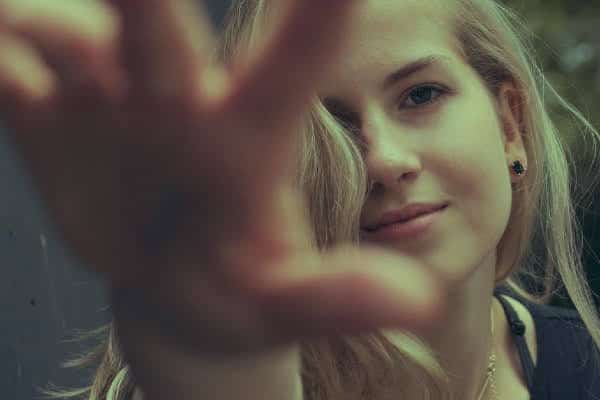 The only way to change the tide of religious extremism is by changing the believer’s mindset.

Religious indoctrination is a well-oiled slippery slope.  Once someone is sliding downward, confronting a person’s beliefs with facts and reason won’t change their minds.

What you need is an approach that avoids confrontation but can still help them make the right decisions.  That’s how we make the world a better place.

How to Save The Believer

A believer is a religious devotee who accepts unhealthy magical thinking.  We can divide those involved in organized religion into categories.  These groups range from fringe believers to extremists.

Each group is subject to varying degrees of activism.  The level of allegiance depends on their exposure to self-hypnosis and group hypnosis. These are the tools of groupthink manipulation.  The longer one exposes themselves, the more susceptible one becomes.  That’s why we want to save the believer.  We categorize religious followers into four groups.

Levels of Religious Belief and Indoctrination

The fringe believer gives the outward appearance of allegiance to the religion attending periodically for special celebrations and festivals. These people are the most likely to have investigated their religion’s origins.

Family or cultural tradition holds the “fringe believer” captive to the belief system.  However, they see inconsistencies in the system.  Unfortunately, they will go along with many of the negative social biases.  They submit to the discriminatory practices even though they understand they are harmful.

Comparative Analysis is a structured way to examine concepts across different belief systems. It will help them leave behind negative stereotypes and prejudice thinking.

The moderate believer attends religious services regularly.  They are aware of facts that contradict their beliefs, but they do not investigate them.   These people often have family and business relationships intertwined with their religion which cements them into the religious narrative.

“In every state of the Union, Fundamentalists still fight to ban all the science they dislike and prosecute all who teach it. To them, ‘traditional family values’ denotes their right to keep their children as ignorant as their grandparents (and to hate the same folks grand-dad hated.) ― Robert Anton Wilson, Sex and Rockets: The Occult World of Jack Parson

They are susceptible to extremist ideas and ideologies because of their greater exposure to groupthink manipulation tactics. This group is also apt to follow religious TV and radio programming. However, they can also be a real advocate for truth if you can turn their passion away from religious bigotry.  The unconventional process below is one of the best methods.

The hardline believer is the person who sees their religion as their identity.  They attend more than one meeting a week.  And often take courses to advance their knowledge of their sect.  Because of their passion and devotion to the cult, they become middle-management.

They lead small groups and help enforce the boundaries of their beliefs.  As semi-leaders, they are influential in pushing extremist agenda items.  They become familiar with using groupthink manipulation because they have been subject to it for so long; they become the primary tools for motivating others.

The extremist often becomes one of the sect’s key leaders or cult.  They tend to be charismatic and trained to use groupthink manipulation tactics.  They seek ways to spark controversy, fear, and anger.  They build strong emotional ties that motivate the sect members to act on their behalf.

They typically attend several meetings a month.  They also listen to radio and TV programs, which further reinforce this programming. Their religion becomes their identity.

The “need to believe” overrides any argument or fact that threatens their worldview.  Religious elitism dominates thinking. A “chosen one” mentality that gives a false sense of superiority.  You will waste your time trying to point out factual and logical errors.  All this does is create conflict.  There’s a better way to win them over.

There are two well-known approaches for winning over someone with firmly held religious beliefs.  We know the first one as “reprogramming.”  It was an infamous practice in the 1970s. It is a tactic to take minors against their will into private custody from religious compounds.

Reprogramming is not widely used today because it involves kidnapping a person and holding them in custody, forcing them to face the facts about their beliefs.  For obvious reasons, we do not recommend this tactic.

The second technique is the approach of alignment, which we call our “unconventional approach.”   In this technique, you gain acceptance to lead the religious fanatic out of the cult.  Believe it or not, someone with hardline religious beliefs can change their minds. But it will take an investment of your time.  If you care for people and the world,  this is worth the effort.  If you have a friend who has succumb to the effects of religious indoctrination, then this process is a good option.

We understand that fringe, moderate and hardline believers, are all susceptible to sliding toward extremist views.  Changing their mindset can help keep them from becoming someone that is a danger to others.

Once you help them become freethinkers, they become powerful advocates for positive change.  The world needs more people who care for others and the planet.  Here are the steps you can use to guide the deeply religious from extremism to a freethinker.  It’s important not to skip or rush through the steps.

Step one.  Align and agree with them.  Yes, alignment is the first key.  Alignment leads to acceptance.  The believer needs to feel safe with you.  So, you must align with them to gain acceptance.  In principle, you must agree to the tenets of their worldview for them to accept you as “safe.”

Research the language and catch-phrases that they use. They train the typical believer to repeat various linguistic and kinesthetic phrases and motions.  These cues act as bonding mechanisms of the group.  You need to learn and mimic these.   For example, at the end of a sentence, they will tag on the phrase, “praise Jesus.”  They may gaze upward at the same time.

You save the believer through acceptance.  Notice I didn’t say trust.  The foundation of organized religion is fear.  So it is hard for believers to trust anything outside their enclave.  They live in a continual state of fear over losing several things, from their health and financial security to their afterlife.  They have anxiety over the loss of personal freedoms, which are all exploited for control.

This alignment stage is critical, and it may take some time.  Be careful not to confront or threaten any of the central tenets of their worldview. It will make it harder for them to accept as “safe.” You may need to attend several meetings before they receive you as a group member. It can be a substantial investment of time.  But it’s worth it if you can help someone find their way out of the programming.

This litmus test can come at any time.  This test could come in your first conversation, so do your homework ahead of time. Find out what things are necessary to pass the test.  i.e., Do you need to know a specific creed or critical part of their sacred texts?  Do you believe in the power of magical underwear or holy texts?

To pass this test, you must give a qualified response.  A “qualified reply” is a truthful yet incomplete answer.  It’s an answer which does not disclose the full scope of your worldview.

For example, if they ask you if you believe in the existence of Zeus.  In good conscience, you can say yes, I believe Zeus exists.  It is a truthful, qualified response.  It does not include the additional information that you also “believe” in Mithra and Apollo’s existence to the same degree, which is precisely zero.  You believe Zeus exists to the same degree as the other Gods.

Think of a qualified response as acting.  You may remember when you were a child, and you played games pretending you had an imaginary friend.  It’s just like that. You and the believer are both pretending.  However, the religious believer does assert Zeus is real.  You pretend to believe in Zeus, but you know Zeus is imaginary and not real.  Playing the pretending game together gives you acceptance.

Passing the litmus test gives you acceptability allowing you to align.  Now you can help lead the religious believer to the truth by asking more probing questions.

Asking for help shows you respect their knowledge.  It helps to build trust because you are coming to them for answers.   This unconventional approach is non-confrontational.  It forces them to think about what they believe and why.  This strategy leads them down the path of questioning their cultural narrative.

You can set up the questions as things that bother you from the time you were in Sunday School.  It can merely be questions that come up because of your research.   Here are some questions to get this process started.

They will more than likely give you a pre-programmed answer, but the questions will make them think about their beliefs.  Hopefully, this will lead them to question the cultural narrative.  If possible, get them to engage in a Comparative Analysis study with you.  It’s a structured form of comparative religious study.   It will expose them to the similarities of concepts in other belief systems.

We make the world a better place when we save the believer from their propaganda. We help them see how their religion using programming to install negative bias and prejudice.  You help pose the right questions to confront their unhealthy magical thinking. It all starts with the unconventional approach, which requires alignment to gain acceptance.  Once they accept you, you can lead them further.  Eventually, you can help them confront the facts behind their beliefs in mythology.   It will move them closer to a more humanist-centered mindset.

“You could easily spot any Religion of Peace. Its extremist members would be extremely peaceful.”  ― Ricky Gervais

In the end, you may have to decide whether it is feasible to save or break a friendship. 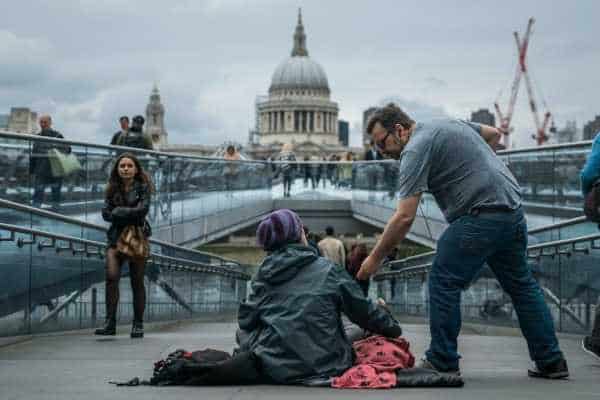 Be Kind ― Join the Warriors of Light