What is spiritual junk food, and why is it so dangerous to consume?  Come find out how to recognize and avoid fast-food spirituality.


Spirituality can be confusing.  The term spirit refers to the human Spirit or Soul.   People use these words to make things sound “spiritual.” People use them to describe almost everything in the human condition.  Eating spicy food is a spiritual experience for some people while walking on the beach has the same effect for others.  Some people derive their spiritual experience through self-hypnotism.

Let’s look at the concept of spirituality before we jump into the analogy of some religions as fast food.

“America’s most dangerous export was, is, and always will be our fast-food outlets.” — Anthony Bourdain

The Context of Spirituality

We overuse the term spirituality.  So, it’s essential to pay attention to context.  Spirituality is the realm of Mystics, Seers, and Shaman.  Seers operate apart from organized religion of any kind.  So religions adopt these gifted individuals when they can.  If they can’t, then they burn them as heretics or Witches.

The Landscape of Spirituality and Religion

Nature is the fundamental basis of religion.  The earliest forms of Paganism and Animism used analogies and metaphors to explain the universe.  The creation stories are metaphors attempting to explain what they didn’t understand.  Animals and nature became a part of the narrative where anthropomorphic entities became the gods.  They also began exploring consciousness, developing Shamanism’s ancient processes, and exploring the spirit world.

Not all religions are fast-food spirituality.  Some are valuable assets to society.  Some ancient traditions helped preserve and safeguard the processes for reaching higher consciousness states.  Hinduism, Taoism, and Paganism contain examples of these processes.  You can trace every form of meditation to indigenous cultures.  These explorers developed what we know today as the scientific process.  You can also trace modern medicine to these ancient pioneers.

What is Spiritual Junk Food? 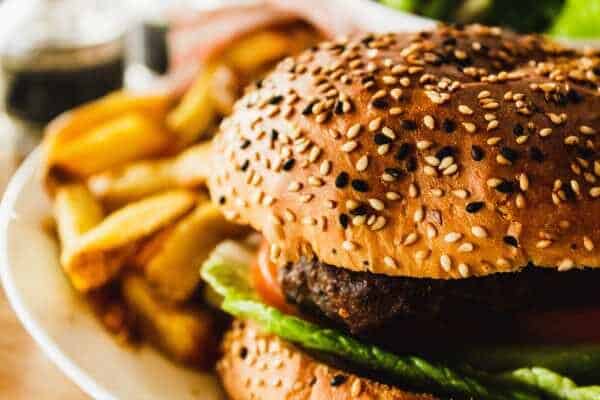 The landscape of spirituality is dominated by the cultural narrative of Western organized religion.  These are the regions of Semitic origin; some call them the Abrahamic traditions.  (1) You probably recognize them as the regions with the most retail outlets, Christianity,  Judaism, and Islam.

These systems aren’t new; they are copies of the ancient mystery religions which dominated the Medditrain region in about 200 BCE.  These mythologies base their systems on faith in an imaginary friend they call God.  Because of this association, they claim the title of being spiritual.

However, these mythologies lack any processes for developing the human spirit.  They are based on the belief in myths and superstitions.  They are masters at the bate-and-switch routine by providing money-making schemes like afterlife beliefs and miracles of also sorts.   They have built financial empires with this product line of counterfeits and deception.

“We are raising a generation on the spiritual junk food of religious videos, movies, youth entertainment, and comic book paraphrases of the Bible. The Word of God is being rewritten, watered down, illustrated, and dramatized in order to cater to the taste of the carnal mind. That only leads further into the wilderness of doubt and confusion.” — Dave Hunt

Through and through, they are nothing but the rebranding of the mystery religions from the Meditrainan region.  There is nothing new or original, it’s all plagiarized and renamed, but it’s the same mythology and superstition from ancient Assyria, Babylon, Egypt, and Persia.  All borrowed the doctrines of Gods and Devils, all the tactics to gain and retain members through fear.  So, what is spiritual junk food?  It certainly sounds like this mess of contradictory doctrines.

““Symbolism in a greater or lesser degree is essential to every kind of external worship, and we need not shrink from the conclusion that in the matter of baptisms and washings, … Church has borrowed without hesitation from the common stock of significant actions known to all periods and to all nations.  In such matters as these, Christianity claims no monopoly or originality.” ― The Catholic Encyclopedia and International Work, Vol. 14 (1907)

They are experts at selling their mythology and superstitions.  They tell us everything spiritual must come from them.  If it comes from another source, it is considered evil.  This tactic enables them to demonize the source of their mythology but still use it.

But everything they sell has no spiritual nutrition; the entire landscape of spirituality is deception.  They use the same tricks the mystery religions employ, making promises about things you’ll get in the future.  Chief among these are afterlife rewards.  And there are no customer complaints because you don’t get the rewards until you die.

In these religions, cultural programming starts early in life.  Children have no choice but to learn what their parents present.  People in crisis also fall prey to their bait and switch tactics.

When people are going through an emotional crisis, they are vulnerable.  It makes them susceptible to self-hypnosis and group hypnosis manipulation tactics.  People who have emotional issues need support and answers.  Organized religion provides counterfeit solutions for a price.  These religions make paying customers of their followers; that’s the goal.   Ask them for money, and they will tell you to pray, but you better have something for the offering plate to keep in good standing.


Intelligence isn’t a barrier to the effects of this type of programming.  The longer you expose yourself, the more likely the programming will affect you.  Groupthink manipulation is a powerful tool of propaganda.  These religions have three primary concerns:

1) Belief and allegiance to their particular imaginary friend.
2) Justifies bias, prejudice, and discriminatory platform.
3) Acknowledge belief in all doctrines, including afterlife rewards and punishments.

These concerns are the basis of fast-food spirituality.  They sell these counterfeits to create a cash flow system.

What is spiritual junk food?  Religion without spiritual nutrition.  Belief in mythology and superstition is not spiritual; it’s make-believe.   Spiritual junk is any system absent from exploring consciousness or developing human potential.

If you belong to a spiritually bankrupt religion, you must return every week.  Overall, you would need to admit these religions cannot show they have positively impacted the world.  You’ll find Western religion at the heart of many wars; it’s the source of the world’s most enduring conflicts in the middle east.   Faith is not a solution but a cause of human suffering.  More people are starving, without clean water or shelter, while these religions display their gold and priceless art.

Why do many people conclude Western religion is the fast food of spirituality?  It seems like it is the root cause of many of the world’s inequities, persecutions, and conflicts.  Religion divides.  It does not bring people together, leading many freethinkers to view Westernized religion as spiritual junk food.

Like fast food, religion is habit-forming.  It promises to fill the need it can never meet, which requires you to keep coming back.  But, organized religion doesn’t provide much practical help, except for publicity purposes.  Unfortunately, the all-powerful God still needs your money.  They need your continued financial support to keep your afterlife pass from expiring.  However, dogma and doctrine can not meet spiritual needs.  Afterlife promises are not an adequate answer for fear of death.  Religious principles justify everything from genocide to genital mutilation.

Many of the most influential teachers tell us not to follow organized religion.  Jesus was a Jewish scholar in the New Testament, not a Christian.  He sought enlightenment alone in the wilderness, not in a Church.  Likewise, Muhammad was not a Muslim.  They both taught that you need to leave organized religion and find your path.  Instead of inspiring freedom from religion, their followers created religions in their name.  It makes you wonder.

For many people, true spirituality means living life means exhibiting the higher virtues of the spirit.  It’s not what you believe but what you do with your life that counts.  It’s not about being part of an exclusive club.

It is commercialized religion that doesn’t even bother to hide that it’s all about the money.

“Religion has actually convinced people that there’s an invisible man living in the sky who watches everything you do, every minute of every day. And the invisible man has a special list of ten things he does not want you to do. And if you do any of these ten things, he has a special place, full of fire and smoke and burning and torture and anguish, where he will send you to live and suffer and burn and choke and scream and cry forever and ever ’til the end of time!

“Oh look, yet another Christmas TV special! How touching to have the meaning of Christmas brought to us by cola, fast food, and beer… Who’d have ever guessed that product consumption, popular entertainment, and spirituality would mix so harmoniously?” ― Bill Watterson, The Essential Calvin, and

Instead, it is about promoting equity and equality for all people.  We think spirituality is about using processes to explore consciousness.  It’s not about memorizing doctrine or pretending you have an imaginary friend.  It’s about doing serious inner work that transforms you into a better person, which is the domain of what we call spiritual exploration.

“Christians are usually sincere and well-intentioned people until you get to any real issues of ego, control power, money, pleasure, and security. Then they tend to be pretty much like everybody else. We were often given a bogus version of the Gospel, some fast-food religion, without any deep transformation of the self; and the result has been the spiritual disaster of “Christian” countries that tend to be as consumer-oriented, proud, warlike, racist, class conscious, and addictive as everybody else-and often more so, I’m afraid.” ― Richard Rohr, Breathing Underwater: Spirituality and the 12 Steps

So, what is spiritual junk food, and why does it persist in our modern world?  It is incredible how so many people become addicted to the self-hypnosis of fast-food spirituality.  It does not satisfy the spiritual need to explore and develop their potential.  If you are addicted to this kind of spiritual food, you must return repeatedly to get more.  Your spiritual hunger remains, but all they have is unnutritious dogma.

Do you have a different point of view?  If so, please don’t hesitate to reach out and let us know.  We welcome your comments.  You can contact us anytime.

You Only Have Two Choices And Both Are Scary 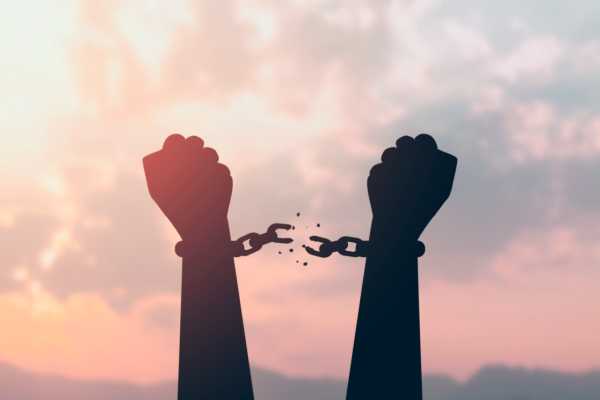 Learn How To Break The Patterns Of Thought And Behavior 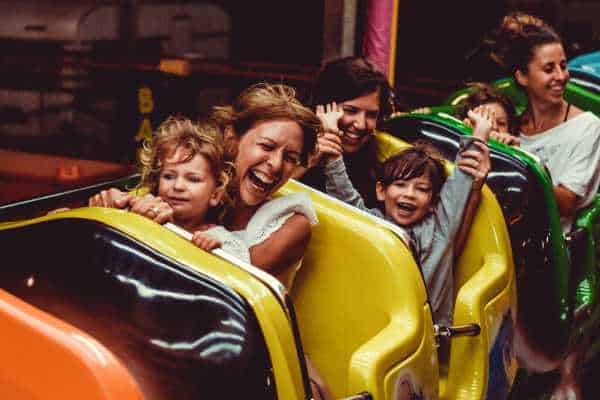 How To Avoid The Dangers Storybook Land