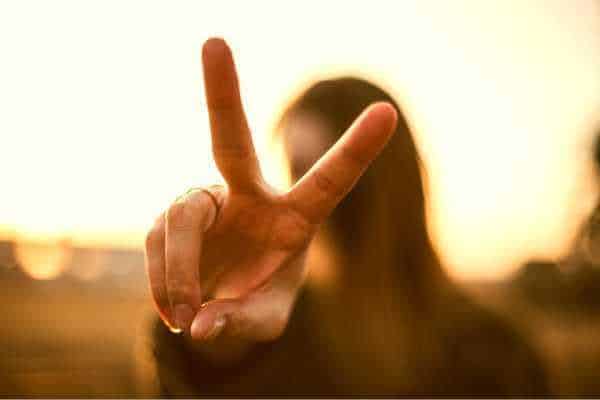 Walking the path of the warrior is not always unicorns and rainbows.  There are battles, both internal and external.  Words of encouragement are sometimes few.  Warriors for truth persist in the face of daunting odds.  If this resonates, this message is for you.


What is a Warrior of Light

A warrior is someone experienced in warfare, but warriors of light are particular crusaders who bring their light into darkness.  So, they often find themselves in scary situations and places.  It doesn’t mean they aren’t afraid.  But, they find the courage to bring light where it is needed.

These soldiers are trained in the same way a military trains its soldiers.  Their combat missions are confrontations where facts and evidence are the main weaponry.  Although sometimes, things do escalate beyond the confines of words.  The goal is to win with words, to change lives and the planet for the better.  It’s hard to wish the best for those who flaunt their abuse of people and the planet.

So, it is challenging to stay true to the mission, and these brave champions of truth are not perfect.  Even the most experienced spiritual fighters are bound to make mistakes.  Confrontations that involve people with unreasonable points of reference are unpredictable.

“Defeat exists but not suffering.  A true warrior knows that when he loses a battle, he is improving the skill with which he wields a sword.  He will be able to fight more skillfully next time.” — Paulo Coelho

Everyone makes choices they later regret.  Warriors of light carry battle scars of some kind, external or internal.   Everyone has been hurt, lied to, or betrayed someone, even if it was unintentional.  This journey is not an easy undertaking—not everyone is called to the front lines.  But, if you find yourself in the presence of spiritual darkness, it’s an opportunity you can’t ignore.

“Every warrior of light has felt afraid of going into battle.” — Paulo Coelho (1)

As warriors, we sometimes take the wrong path.  We may even try to follow in the footsteps of one of the great Avatars or Sages.  Some spend hours toiling over and memorizing sacred texts, only to find it’s a waste of precious time.  So, they return to the real spiritual battle against superstition and mythology, religion, and sectarianism.  And fight for the truth of evidence and science.

You’ll find the opponents to equality, equity, and sustainability almost everywhere you go.  They are the ones at the grocery store not wearing masks.  They deny the science of vaccines and drive their cars too fast, not wearing seat belts because they champion their individualism over the health of others.  They gather together to promote their chosen one mentality and are motivated by the greed and fear of their leaders.

“Often, during combat, the warrior of light receives blows that he was not expecting.  And he realizes that, during a war, his enemy is bound to win some of the battles.  When this happens, the warrior weeps bitter tears and rests to recover his energies a little.  But he immediately resumes the battle for his dreams.” — Paulo Coelho

It takes a while for some to realize that sages like Buddha, Jesus, and Mohammad did not find enlightenment following organized religion.  To be a warrior, you’ll need to walk a path that you forge where no one else has walked.   We finally understand the stories are examples showing us how to develop our spiritual journey.   They are examples of those who reject organized religion and walk their path.

“Truth is not to be found outside.  No teacher, no scripture can give it to you.  It is inside you and if you wish to attain it, seek your own company.  Be with yourself.”  — Osho

These experiences prepare us to help others.  Walking the wrong path, suffering betrayals, and making mistakes are lessons.  Nor does it mean we are never fearful.  It means we learn to face it, anyway.  We need to assess our fears.  Warriors for truth, learn to move beyond the counterfeits.

Sometimes fear helps protect us from harm, such as falling from a high place, or help us see something dangerous.  So, our fear can help us make better choices based on reality.  We join the battle to overcome hierocracy and inequity.

Other people see us walking a unique path.  They watch us overcome trials in our lives, and this encourages others to forge their path.

If you begin an authentic spiritual journey, you will follow in the footsteps of many who answer the inner call.  It is the pattern that Joseph Campbell calls the Hero’s Journey (2).  Not everyone on this adventure is a full-time warrior, but if you walk the road long enough, you’ll eventually be confronted with those who are aligned with darkness.  Chances are, at some time, you will be challenged to join the battle.

Every warrior of light has, at least once, doubted themselves.  At some point, everyone doubts their abilities their calling.  But, they hear a call for a higher mission in their hearts.  We all fail ourselves or others because we are not perfect.  Everyone is flawed in some way.

“Science is the search for the truth—it is not a game in which one tries to beat his opponent, to do harm to others.  We need to have the spirit of science in international affairs, to make the conduct of international affairs the effort to find the right solution, the just solution of international problems, and not an effort by each nation to get the better of other nations, to do harm to them when it is possible.  I believe in morality, in justice, in humanitarianism.” — Linus Pauling

The need to be of service has led everyone to say ‘yes’ when they should have said ‘no.’ They deny that they need time to recharge their batteries and sharpen their spiritual tools.  So, we cannot handle the burden we agreed to take, and this, too, is a failure.  We must admit we are perfectly flawed to show others they should strive to fulfill their mission.

It is why it is crucial to keep a beginner’s mindset.  We must always be willing to learn and share.  We are perfectly flawed to accomplish our missions.  We are all created this way.  In this way, we can show love, even when we need love.  We can heal when we need healing.  We have been through all this and yet have never lost hope.  The warrior’s call to service outweighs the obstacles in our path.  We find hope and fellowship of like-minded warriors to help sustain our hope for a better future.

As warriors of light, we are also warriors for truth.  This responsibility puts us in conflict with those spreading disinformation and conspiracy theories which prevent people from following the advice of informed health experts.  Their motto is facts, not fiction; evidence, not imaginary friends and enemies.

“A delusion that encourages belief where there is no evidence is asking for trouble.  Disagreements between incompatible beliefs cannot be settled by reasoned argument because “reasoned argument” is drummed out of those trained in religion from the cradle.  Instead, disagreements are settled by other means, which, in extreme cases, inevitably become violent.  Scientists disagree among themselves, but they never fight over their disagreements.  They argue about evidence or go out and seek new evidence.  Much the same is true of philosophers, historians and literary critics.” — Richard Dawkins

The calling is to confront injustice and prejudice while spreading compassion, but that doesn’t mean there isn’t a battle.  It’s certainly not a straightforward task.  When you face bigotry with kindness, some see it as a weakness.  But, it is not a weakness; it is compassion in action.  It takes courage, and courage is a vulnerability—this is the trademark of these spiritual warriors.

So, every warrior of light needs to take care of themselves.  You will face rejection.  People will attack your character.  Understand that they will not see the results of the seeds you plant.  You may never see the positive change, but you are still the catalyst.  Everyone in this battle needs to equip themselves fully.  If you are training to be a spiritual warrior, get every spiritual tool or spiritual technology you can.

Every spiritual crusader needs to be prepared.  You need implements and tactics to bolster your skills; you need a toolbox of intellectual and spiritual instruments.

Spiritual technologies are a collection of proven methods for developing and exploring consciousness.  They help us expand awareness and unlock our gifts, making us more capable warriors.  Don’t journey the spiritual road without these implements:

Do you hear the call of the warriors of light?  The world needs more people with the courage to show light into the darkness and be warriors for truth.  The pandemic brings the darkness of ignorance to our front doors.  In some cases, it forces us to make hard decisions about who we allow into our lives and who we can invest time in to save from their darkness. 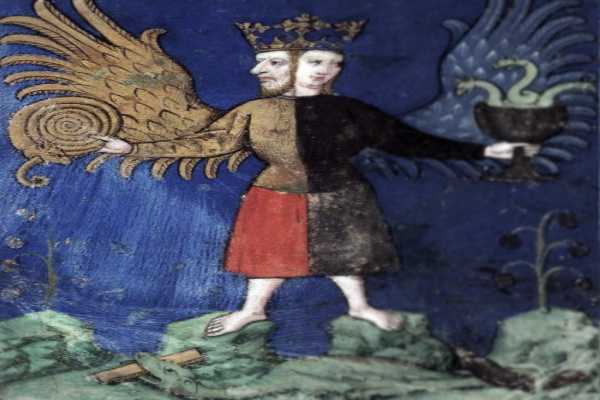 Seeing the World in Color instead of Black and White Dualism 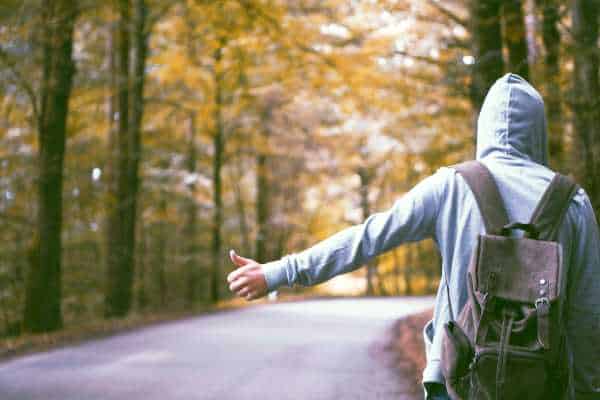 From a Tribal to an Inclusive Worldview 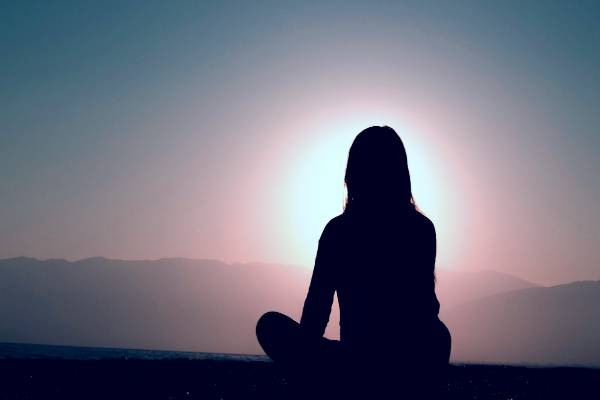