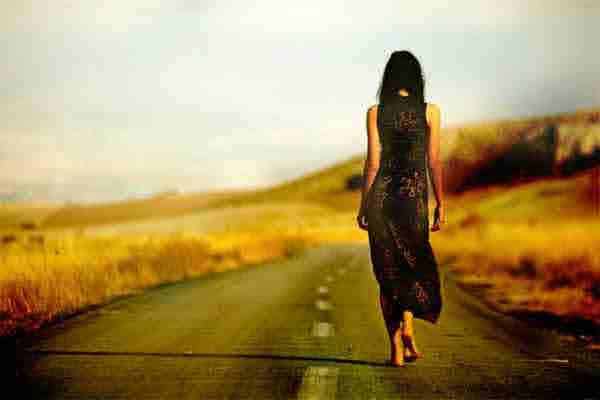 To misjudge means to miscalculate.  When we do not calculate correctly, we end with an incorrect result or assumption.  These kinds of errors are always costly.  The question is, what are you miscalculating?

Overconfidence is another way we error and fool ourselves by failing to recognize the strength and resources of our opponent.  Miscalculating the opposition or opponent is one of the easiest ways to lose a fight.  We did some research and came up with a list of the top four things we miscalculate and underestimate.  Most people have fallen into at least one of these traps.

To Misjudge Means to Miscalculate

Underestimating and miscalculation are the primary causes of failure. It’s the tendency to misjudge things.  You should always measure at least twice and cut once.  If we only look at the superficial or face value of things, it is easy to miscalculate. (1)

When we are in a hurry or rushed, it is easy to overlook details which causes us to miscalculate and make errors.  Unfortunately, our modern culture runs on a time clock, and there are deadlines for almost everything.  The company we work for defines our value based on our return on investment each hour worked.   People are like paperclips, tools, and assets to be used or used up.

When we rush to get things done, this causes problems.  Our worth as an employee is calculated by our productivity by most employers.  And the performance bar is always moving higher.

The Tendency to Misjudge

Making a habit of measuring twice before you cut is an adage that holds today.  In carpentry, you always measure it again.  It saves you from making the wrong cut.   Similarly, don’t be pressured into making a quick decision when it isn’t necessary, it nearly always is a costly mistake.  Of course, the used car salesperson doesn’t want you to consider it. That’s why “the deal” is only good today.

You can solve this dilemma by being mindful and learning to find a way to measure or gauge the situation.  Measuring is a tangible way to put this principle into action.  The main issue is with things that are intangible or difficult to measure and quantify.

When we don’t produce fast enough, it must be our fault. So, we end up blaming ourselves and underestimate our self-worth.  This is because we are taught to measure our self-worth by what we can accomplish instead of who we are.  We learn to think and value in terms of something that can be bought and sold.  The tendency to misjudge things by their monetary value to the culture becomes ingrained.

“We underestimate ourselves. We do not believe in our strength, abilities, and talents and we have a distorted vision of ourselves.” ― Sunday Adelaja

One antidote for this is to redirect our focus. Instead of focusing outward, we need to focus inward on self-compassion and self-care.

There are some practical tools of self-development you can use to help you become more aware of your real intrinsic value.  These help to keep you from falling into the traps of religion and commercialism.  The culture uses our instincts to control us and make us by things we do not need.  The things to avoid are manipulation techniques dealing with self-esteem and emotional intelligence.  These are the rebranding of psychological manipulation techniques.

The Four Things We Misjudge and underestimate

1)  Never Underestimate the power of a small ―

We have a tendency to overlook small things, even though they may have a large impact.  Because they are small, they seem insignificant.  For instance, a wood splinter may be small, but it creates an undeniable pain response.  We can try to overlook it, but the pain makes it something we can’t ignore.  On the other hand, a spot on a mole does not register any pain, yet it could hide life threatening cancer.  We immediately deal with the splinter, but ignore the more serious sign of cancer.

The most common thing to overlook is ourselves.  The modern culture is brutal for most people. It’s part of its design.  It creates problems like low self-image so that it can sell us the antidote.  Most of the products we buy don’t fill the need, but that’s part of the design. Don’t devalue yourself.  Never underestimate the power of a small change.

The cultural narrative wants us to believe we have no power to change things, but this isn’t true.  Thankfully, there are great examples of how one individual can affect significant positive change—Russell Brand, Greta Thunberg, and the Dalai Lama, to name a few.

“If you think you are too small to make a difference, try sleeping with a mosquito.”  ― The Dalai Lama

“Never underestimate the power of a small, dedicated group of people to change the world; indeed, that is the only thing that ever has.”  ― Margaret Mead

Your thoughts create a chain reaction. It’s common to ask what comes first. Is it the idea or a desire? Ah, but a desire is a thought.  Desire is emotion in action, so the trick is to know which passions are healthy and which are not.  Desire fuels your intention, so we need to be careful with what desires occupy our minds. Remind yourself to misjudge means to miscalculate or overlook details.

Many religions the philosophies use the seed as an analogy for thoughts and desires.

2) Never Underestimate the power of a seed

A lot of things are seeds.  Our desires and thoughts are seeds that lead to actions.  Our actions are seeds of things that produce either good or bad results.  Just like our previous discussion on small things, seeds are easy to overlook. Our tendency to misjudge the seed allows corruption to enter and fester things like governments. 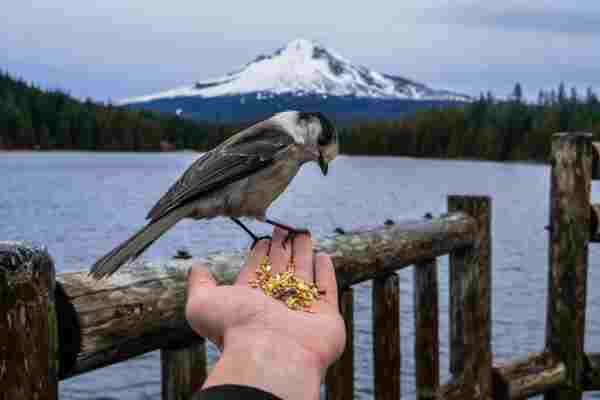 When we stop and think about it, then becomes clear that these capsules contain potential.  They are pretty impressive.  What is it within the seed that tells it when to grow?  How does it know what to produce?

Rupert Sheldrake calls the intelligence behind this process Morphic Resonance.  It is the unifying field which governs the growth and structure of life.  Never underestimate the power of a seed.

Seeds contain either directly or indirectly the connection with this universal organizing force.  Somehow, the seedling knows when to sprout.  It is no small thing to understand when you are planted in the correct soil to enable growth.

This level of knowledge is something many people wish they possessed.  It isn’t easy to know where we should put down roots and the right time to grow.

“Never underestimate the power of a seed.” ― Georgianna Louise.

Addictions often begin with a small taste of something, but, once they are planted, they take root and begin to take control.  Avoiding these things in the first place is the best option.  However, this isn’t always easy.  Too many things are temptations which addictions in disguise and we all fall prey to some things we know are habit-forming.

Breaking habitual behavior is possible, but it isn’t easy.  It will take some serious inner work to change any pattern of thought or action.

Another great power we should never miscalculate is the power of organized religion.

3) Never underestimate the power of stupid people in large groups

When someone is stupid, when they act unwisely without common sense.  The conclusion on which they base their actions is incorrect.  This kind of thinking comes from the lack of intelligence or the exposure to propaganda.  Propaganda is an effective tool in overcoming logic and facts.

There are several sources of this destructive thinking, which uses self-hypnosis and group hypnosis.  These are the tools which allow people install harmful thinking and values into our worldview.  Intelligence is no match for these tactics.

Intelligent people make stupid choices when they fail to base thinking on facts and evidence. The main source for this kind of error is to mistake mythology for facts and superstition for evidence.  This results in a tendency to misjudge people based on sectarian values.

What system is Mr. Wilson referring to that creates such massive roadblocks of common sense?  Why it is Western organized religion to which he is referring? 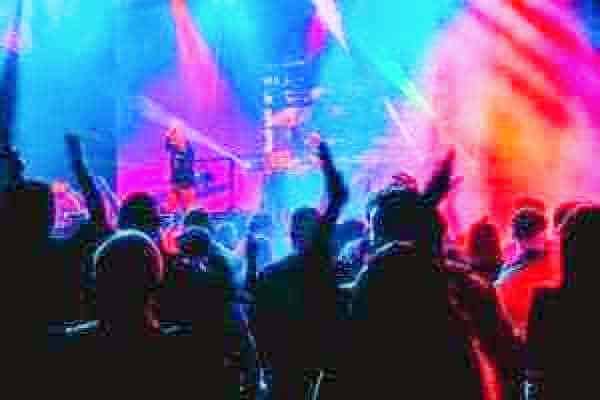 It is the need to belong that drives the need to believe.  It is these insecurities which Western faith capitalizes upon to recruit and retain its membership.  Never underestimate the power of a small thing, like faith and belief.

Christianity, Islam, and Judaism are the three branches of Western religion.  These religions are not new.  They are they rebranding of Assyrian, Babylonian, Egyptian, and Persian mystery religions. Christianity differentiates from these others by focusing on the dying-god sects.  They turned mythology into money, creating the wealthy city/state, the Vatican.

Scholars overestimated the power of knowledge and logic. To misjudge means to underestimate the power of stupid people in large groups. And that is what they did.

In the 1800s, researchers, like Kersey Graves (2) published books, which exposed the origins of Western theology.  They thought this knowledge would bring an end to these religions. But they underestimated the power of religion. Religious propaganda can overcome facts and logic.

4) Make your enemies underestimate you

You want your enemies to underestimate your skills and strengths.  It will give you the edge.  To misjudge means to overlook something significant.  Learn to be prudent and stealthy.  These are skills which conceal your true power.

“Never interrupt your enemy when he is making a mistake.”  ― Napoleon Bonaparte

Deception is the point! Any fool can calculate strength. That one has been doing it since we arrived. Now he has to calculate what he can’t see. ― Herger The Joyous, The movie, The 13th Warrior

The error of miscalculation is easy to do and often results from underestimating.  So, the best advice is to think twice before you decide on any major course of action.  Don’t miscalculate the power of women, their ideas, and their actions often fuel progressive and positive changes.

(1) The Revised Psychology of Human Misjudgment, by Charlie Munger. 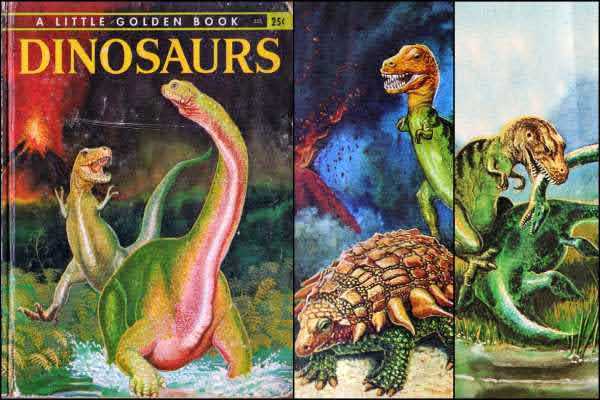 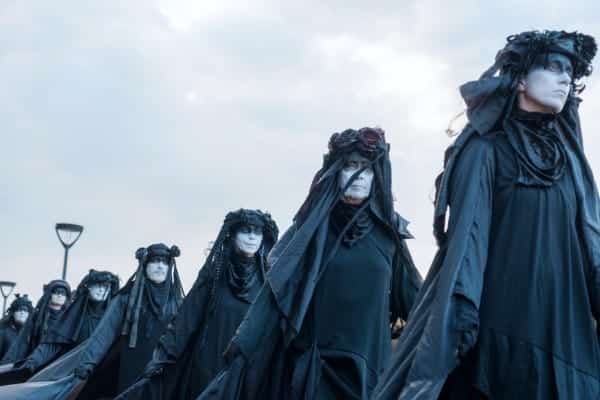 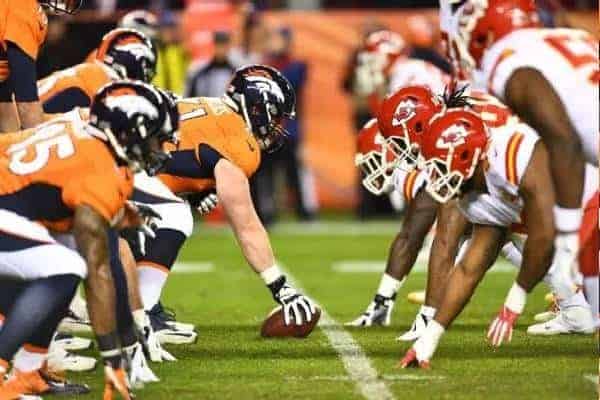