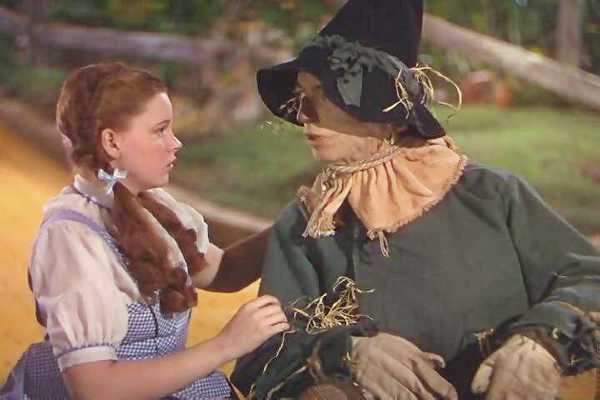 We seek breakthroughs of insight to solve problems.  We can use reason and logic to find the answer, but sometimes the answers appear because of an intuitive leap.  Does intuition complement, or is it a substitute for common sense?

Many people believe there is a battle between rational thinking and intuitive insight.  But analytical thinking confirms the ideas we get through intuition.  They complement one another.  Together they give us the “gut feeling” that we are on the right track.

Let’s look at the relationship between these two processes.  First, we’ll define and compare.

The first thing we need to do is realize there isn’t a battle, just a misunderstanding.  Some people are naturally inclined to approach things from an analytical mindset.  Other people take an intuitive approach.

Both are effective when they are used in the proper situation.  You are likely to make better decisions if you can use or combine both.  Later, we’ll talk about an example of a famous championing this approach to life and science.

Intuition is gaining knowledge without proof, evidence, or conscious reasoning.  It is a leap of understanding we call a eureka moment.  It is your intuition at work when you find an answer or develop new insight into a problem without knowing where it came from.

Intuition has a range of different meanings, from mystical insight to unconscious pattern recognition.  Immediate breakthroughs of wisdom, the Eureka moments of understanding can simultaneously come from intuition, analytical thought, or both.

Putting logic and intuition together results in what people call wisdom.  This ability has its foundation in logic.  Logic uses the principles of reasoning we find in the scientific process.

It is easy to confuse intuition with instinct, truth, and even belief.  The word comes from the Latin verb intueri, which means to contemplate, so intuition and reason might seem like two different roads.  But perhaps not.

Let’s look closer at the details of both starting with logic.

The Six Steps of the Scientific Process

The scientific method (1) is a systematic approach to investigating phenomena using evidence.  This process follows the following steps:

This process involves deriving predictions from data to form a hypothesis.  Those seeking the truth develop conclusions and predictions using this process.  It’s a never-ending process.  They continue to conduct experiments based on those predictions to see if the results are repeatable.  They expand their knowledge and revise conclusions when they find new data.

A hypothesis is a prediction about how something will act.  It can be narrow or broad.  Scientists test theories by conducting experiments.  Under modern interpretations, a scientific theory must be falsifiable.  In other words, the hypothesis must be something others can replicate.  This process helps us learn how to reject those preaching fiction as truth.  If there is no proof, the conclusions are invalid.

Common sense and logic are keys to the mind’s analytical powers, but this is only half of the story.  There is another way of gaining knowledge that is just as powerful.  The other tool for obtaining insight is intuition.

How Does Logic Work with the Scientific Process?

Science and logic are closely related.  The use of logic is applying an appropriately structured proposition based on fact.  If this sounds like science, it’s because science uses a structured method to test phenomena to find answers.

We highly recommend reading three short articles that will give you a solid foundation for critical thinking.  You won’t need math or physics, just common sense.

Check out these resources: Logic and Rational Thinking is an essential toolbox explaining the proper way to make arguments based on facts.  Two other parts of this mental toolset help us identify the misuse of logic, the Spiritual Axioms, and the ten most common logical fallacies.  Using all three tools will enable you to sort the facts from the fiction.

Intuition is another way we can achieve breakthroughs of insight.  You may have experienced that Eureka moment when you find a solution.  It is that moment when you understand mathematics, algebra, and statistics.  When you finally “get it,” that’s what you’ve been trying to figure out.  That’s the Eureka moment.

Here’s another observation about substitutes for analytical thinking.  Religion uses group and self-hypnosis as a tool to program its subjects.  So, mythology and superstition become a substitute for common sense and logic.

The scientific process is responsible for all the advances in science, so let’s inspect this process, which touches everyone’s life.  There’s one more issue to discuss before combining analytical and intuitive thinking.

The Fallacy of Different Facts

Today some people say they have their own set of facts, but this is a fallacy.  What they mean is they have a different opinions about something.  Generally, they are people who are otherwise not qualified to make these kinds of assertions.

Fact-checking is necessary.  Anything from extremists fueled by religious fervor is suspect to critical inspection.  They embellish and contort events and scientific data to fit ridiculous accusations.  (2)

We bring this phenomenon into the conversation of common sense and logic because it is a current example of how people who are given stages to speak will use social media masquerading as factual news to propagate outright lies.

You can spot people caught in this mind game.  They are champions of the latest conspiracy theories about Hilary Clinton.  Or how China intentionally developed COVID.

How Does Intuitive Thought Work?

Scientists who study this phenomenon disagree on its function and definition.  (4)  However, they can at least agree that it involves some mysterious non-conscious processing.  In other words, we aren’t aware of any thinking processes as we would with analytical thinking.

The intuitive process is often unexpected and spontaneous.  But, the idea or hunch is often too profound or powerful to ignore.  The people who have more of these Eureka experiences say they cultivate them.  Some use music or meditation; others use strenuous physical activities.

There is some difference of opinion as to the difference between the Eureka “aha” sudden realization and the slow cooker’s intuitive feelings that bubble up rather than explode into awareness.

Our intuition is always turned on.  The good news is if you want more connection with this kind of thinking, you can cultivate it.  You have to find what helps you connect.  Let’s see how Einstein did it.

A Substitute for Common Sense and Logic 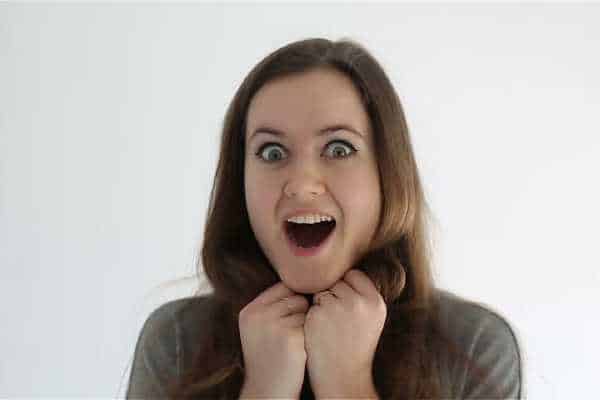 Some Eastern traditions regard intuitive thinking as a spiritual connection with our soul or source.  It’s a level of thinking using contemplative thought instead of analytical thought.  The intellect cannot access subconscious information directly.   So, we access intuitive thinking through meditative awareness.

Albert Einstein (3) talked about his process and coined “intuitive thought.” While at a physics conference in Kyoto in 1922, he explained how he used contemplation, images, and music to solve problems.  So, intuitive thinking and logic are not opposites but complementary ways of finding the answer.

Einstein’s insightful leap forward in physics did not come from analytical reasoning or mathematics.  Intuitive insight gave him the quantum leaps of discovery.  These tools became the medium for the communication of these concepts.  The actual formula concept appeared out of nowhere.  The analytical mind then learned how to explain these quantum leaps of insight.

Einstein says, “When I examine myself and my methods of thought, I conclude that the gift of imagination has meant more to me than any talent for absorbing absolute knowledge.” He did not see it as common sense versus intuition.  Instead, it was a matter of using analytical thinking to understand his intuitive insight.

The art is learning how to use the analytical mind intuitively to get answers.  The only way to do this is by trial and error.  Above all, find those eureka moments, the sweet spot between intuition and logic.

What’s your experience?  What techniques have you used that enabled you to blend logic and intuition?

Many people realize that intuition complements but does not substitute for common sense.  Instead, it’s a matter of learning that these two aspects of the mind work together.  When you use both together, they are synergistic and powerful.

We don’t care how we get the answer to the solution.  Enhancing your critical thinking and intuitive insight will result in the best results.

(1) The Scientific Method, The Oxford English Dictionary.
(2) You are not entitled to your own facts.
(3) Albert Einstein.
(4) The Process of Intuitive thought and Insight. 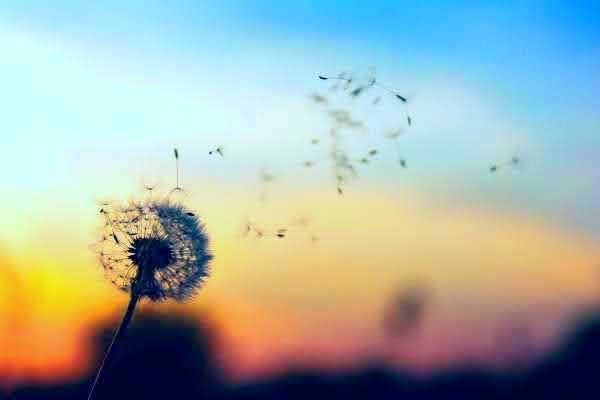 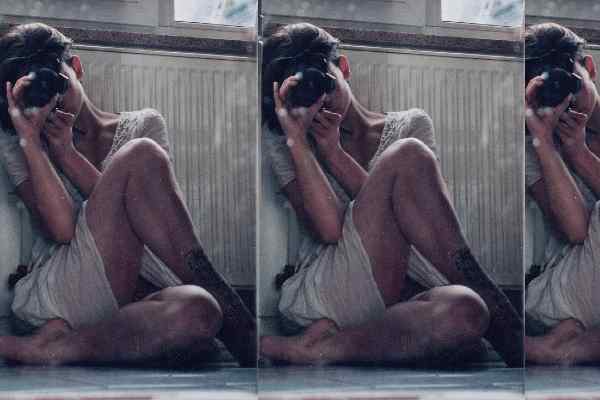 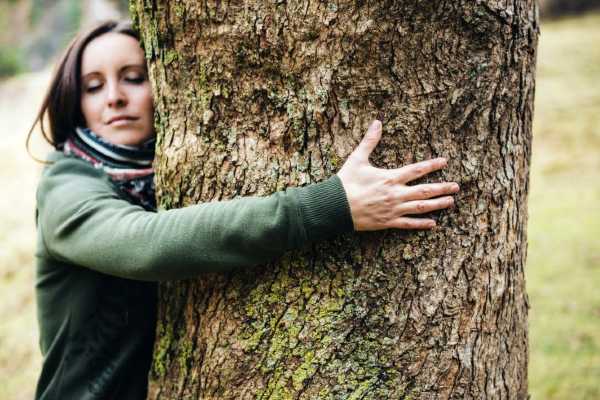 How to Connect With Nature Retreat Tree Grounding Exercise