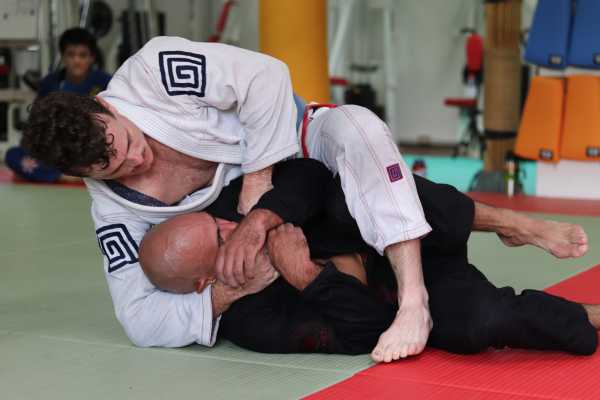 Many people use the words spirituality, religion, and faith.  They think these words mean the same thing, but they do not.  This is how we fail to see the battle, the conflict of spirituality vs religion. Let’s see why it is important.

Are Spirituality and Religion the Same?

The religion of one person is the mythology of another. Looking at any religion from the outside gives us a clear perspective on the use of language and metaphor. Many people use the words spirituality, religion, and faith to mean the same thing, but they are very different things.

“It’s important though to distinguish between religion and spirituality.”  — Paulo Coelho

Has the use of these words become meaningless jargon?  It seems there will be no end to the conflict between spirituality vs religion.  What can you do to help?  Simple, learn the difference between the two and help people understand.

Words become meaningless with overuse and misuse.  Semantic satiation is the loss of meaning because of repetition or overuse.  We lose the real meaning when it is used for different things.  So, when people use these three terms interchangeably, it further distorts their meaning. All three words have different meanings. However, today it’s common for people to think they mean the same thing, which makes these words become meaningless adjectives.

The overuse and misuse of these words creates confusion, complicating matters more.  However, people continue to use them interchangeably because they are a part of the common language.  It is like saying common filler words such as okay, yeah, and sure.  It is doubtful this situation will change.  Hence, we need to learn how to deal with it.  This kind of misuse hides the conflict of spirituality vs religion.

Spiritual terms are prone to overuse because they have become some of the most commonly used adjectives.  Spiritual words depend upon its use and social context. We can use spiritual terms to enhance any conversation.   For instance, you might hear someone say eating hot spicy food is a spiritual experience.  There is a sense of respect attached to spirituality.

So, one of the best ways to find out if they understand the terms they use is to ask them to define the term in the context.  If they confuse religion with spirituality, you can correct them.  Fixing the context is an automatic function of language. We immediately know when someone uses a term as a meaningless descriptor.  If you learn to listen, you’ll find people use these terms to spice up or spiritualize their language.

The key to unraveling this confusion is twofold.   First, we find the dictionary meaning of the word.  The second part is more complicated because we need to determine the context of its use.   To find the context, we need to the intent behind its use.  What was the person trying to convey with its use?  Was it used as an adjective, or does its use point to a deeper, more intrinsic meaning?

Most of the time, people use these words as meaningless adjectives or jargon.  It is part of their memorized lexicon.  They use these terms because it makes them sound spiritual.

Understanding the intent can be more challenging.  For this reason, we need to hone our listening skills.  Sometimes we can grasp the meaning of the word if they elaborate.  Above all, the best way is to ask them directly what they mean when using one of these words.  If they can’t explain the meaning of the words, or if the meaning is vague, then you know they are using it as meaningless jargon.

The Difference Between Spirituality and Religion

Are spirituality and religion the same?  The short answer is no. People think they are the same thing because people use these words interchangeably.  Western religion uses spiritual words to describe its myths.  However, there is nothing spiritual about make-believe.  It’s just a way to disguise its true purpose.  It is simply a cash flow system that sells myth and superstition.   Whereas spirituality is the exploration of consciousness.  These are two different things.

Here, religion is the classic a bate-and-switch, it promises one thing and delivers another.  You want answers to spiritual questions and they give you stories because they don’t have processes to help you find the answers.    This takes us to the next question.  Have the terms spirituality, religion, and faith become meaningless?

Now, let’s separate meaning from the use in the cultural narrative.

Spirituality is the exploration of consciousness.  It is the path to understand the intrinsic value of life.  When someone lives a spiritual life, they promote harmony and the positive virtues of the Spirit.  At our core, we are Spirit, which is synonymous with our Soul or the Observer of our experience.

“Religion is the rules, regulations, ceremonies and rituals developed by man to create conformity and uniformity in the approach to God. Spirituality is God’s call in your soul.” — Iyanla Vanzant

Even people who do not have religious beliefs want to know more about the unknown, the mysterious inner world. What is consciousness, and who is the person we talk to inside our heads?   These questions come into play when we use the term spirituality. The bottom line, you don’t need religion to be spiritual.  Spirituality isn’t a belief in mythology.  Spirituality is a way of exploring the important questions.  However, when you ask a religious person, what is spirituality? they will describe their beliefs in mythology and superstition.

Religions are an arbitrary set of beliefs and values. There are over 10,000 religions today.  Each one claims they alone are correct.   Without a doubt, Western organized religion is the most influential of these religions. These are Christianity, Islam, and Judaism and account for about 2,000 sects.  Together, they have over 4 billion followers.  As a result, they can influence cultures on a global scale. That’s cultural clout.

Religion focuses on doctrines and dogma, which find a basis in mythology and superstition.  Western organized religions promote sectarian prejudice and discrimination using their belief in an imaginary friend and ancient texts to justify their bigotry.  The primary purpose is to create a cash flow system.

We remind you of the beginning discussion on the difference between spirituality and religion.  One thing religion does well is to sell the unknown. For instance, heaven or afterlife beliefs are one of the top-selling items. To do this, they use faith to overcome any opposing arguments or facts.  So, a believer must cling to their faith in the afterlife to avoid facing the fear of death.  In short, you secure your place in heaven with belief and monetary contributions.  There are zero customer complaints.

A point often overlooked is the slippery slope of religious doctrine.  Instead of bringing out the best in humanity, it can bring out the worst.  People use sacred texts to justify hate. They try to explain away everything from ethnic, gender, and belief discrimination, war, and genocide. It’s all done in the name of their imaginary friend, their God.

David McAfee talks about how religious people claim it is just the extremists and fundamentalists which cause the problems.  Think about that. If the fundamental principles inspire the bigotry, discrimination, sexism and genocide, then there is something fundamentally wrong with that belief system.  (1).  It underscores the ongoing battle between fact and fiction, spirituality vs religion.  But how does faith fit into this equation of spirituality, religion, and faith?

Faith is a term that some use interchangeably with religion. When someone says they walk by faith, they tell you they follow a religion. However, the term faith means to have complete trust in something. It’s the reason faith is the primary element of the largest religions.

Religious leaders teach followers that faith and unwavering trust are requirements. This mindset of certainty and confidence is a shield.  Some people are proud to say they live by faith while consciously ignoring any facts contradicting their beliefs.   Therefore, it’s also important not to confuse faith with confidence.  Nor should you confuse myths with facts.

For instance, we have confidence when we sit down that the chair will support us. We draw this conclusion from historical evidence of sitting in this chair. Simultaneously, faith in religion requires belief in things with no credible proof.  Faith is asserting the validity of mythology and superstition.  The biggest fear is that of eternal punishment in hell.  It brings us back to the antidote for death, the afterlife.

“The constant assertion of belief, is an indication of fear.” – Jiddu Krishnamurti (2)

The word Faith is a good example of how religion adopts a word as a smoke screen.  They use faith as a way of deflecting questions and doubts about the mythology.  One does not need to understand, simply to obey.  Faith is the assertion of religious indoctrination.  This tactic keeps people from considering any information that contradicts their beliefs.

This discussion is food for thought. Spirituality, religion, and faith are different things.  Spirituality deals with the inner world of the spirit.  Religion is about making money selling myths.  Faith is a tool of religion which makes belief in imaginary friends possible. 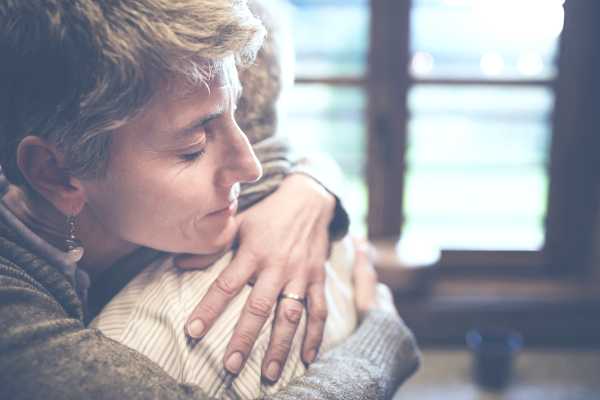 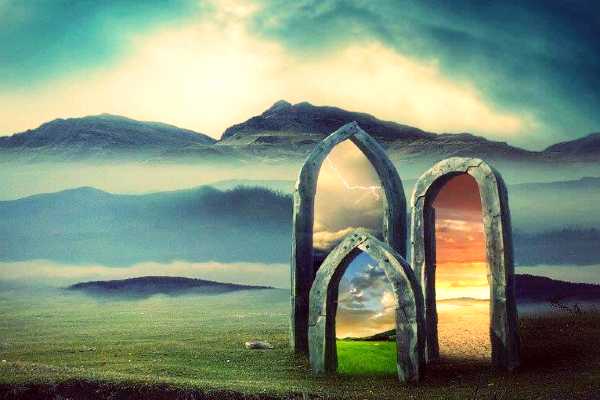 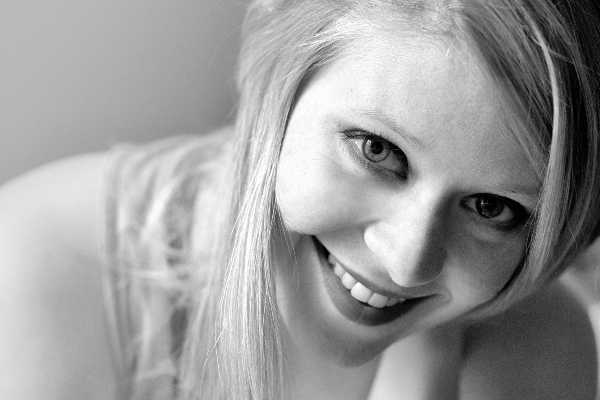 What is The Meaning of Being Fully Present in the Moment