Reality is often stranger than fiction.   The timeline of current events is like living in a disaster film?.  What is the intelligent thing to do?


It’s All About Overcoming Our Fears

Every disaster film starts with leadership denying and ignoring the warnings of scientists.  A disaster flick always has an evil villain.  The villain is a crazy con-man who wants to rule the world. He inherits but squanders a family fortune, so he looks for a way to use his con-man skills to regain his riches.

As the story continues, the sociopath takes control of the government through a series of underhanded and illegal means. He has a group of powerful, brainwashed acolytes.  They want him in power because they think he will make them rich.  Sound familiar?

Are You Living in a Disaster Movie?

Once in power, the villain and his band of thieves close government programs and siphon off funds.  Of course, one program he closes is the safety net that would have avoided the crisis.   However, people’s lives don’t matter. All that matters is money and power.  He fans the flames of the hate groups.  He uses outlandish and unfounded conspiracies to distract people from catching onto his schemes.  He makes ridiculous promises that resonate with their “own” racist fears and economic plight.

As the crisis progresses, the villain and his cronies continue to deny scientists’ warnings.  It doesn’t matter why?  It could be out of ignorance, negligence, or just spite.  It worsens the crisis, but they push on with their plan to steal as much cash as possible.

All of this sets the stage for a worldwide calamity, but a superhero intervenes. As a result, the villain loses his influential leadership role.  So, the con-man wants to cause as much chaos and confusion as possible so he and his cronies can escape prosecution.

If the above scenario seems familiar, you are like many who think we live in a disaster film.  Reality mirrors fiction.  Those who survive in the movies have some things in common.  First, understand how to handle fear, keep them from following the herd.  Second, they model the fundamental lessons of childhood.  Are you with me so far?

How do you understand and control fear?  The key is understanding what’s going on in our minds.  Fear distorts rational thinking.  It makes us react like lemmings running over a cliff.  That’s why people hoard.  That’s why people pick a scapegoat to project their anger about the situation.

So, you must learn about your fears and confront them.  Overcoming our fears is the key.  Otherwise, our fears cause us to act irresponsibly.  You can change it.  Let’s show you how to do it.  There are some common-sense steps you can follow to do this.

The first thing you need to do is admit you are afraid.  Once you acknowledge fear, it gives you the ability to handle it.  Instead of acting out of fear, you have other options.  That’s because fear quickly turns into anger.

Fear triggers your fight, flight, or freeze reaction.  The Sympathetic Nervous (SN) system automatically takes charge when we are in danger.  It’s the default setting of the nervous system, our primitive monkey brain. The SN system increases blood flow to muscles by shutting down blood flow to the skin and intestines.

The brain responds to the increased adrenalin and a host of other powerful enzymes by shutting off the brain’s higher thinking centers.  That’s the problem. With the SN in control, you might be stronger and able to move quickly, but it’s reactionary.  You lose your ability to use the higher thinking center.

So acknowledge the fear, but don’t give into it.  Yes, it is scary, but resolve not to act in a fearful, selfish, self-serving way.  When you are frightened, say to yourself, “I will not give in to fear. Instead, I will follow common-sense advice, preserve and protect the interests of the weakest.”  To survive living in a disaster movie requires emotional equilibrium to make effective decisions.

Fear upsets this balance.  Acknowledge what is going on. Then, take practical steps to handle your anxiety.  We’ll talk about this in a moment.

Don’t get sidetracked and end up engaging in activities that flaunt the danger.  Don’t put yourself at risk and ask others to do the same.  It reinforces their denial of fear and puts everyone at risk.  It’s like living in a disaster movie.

Stay clear of people who refute the epidemiologists and scientists.  Watch out for people who prefer political or religious pundits’ advice.  Don’t get caught up in conspiracy theories.  Follow only legitimate sources of information.  Don’t allow yourself to get sidetracked.

Make sure you don’t skew your thinking with conspiracy theories and unsubstantiated allegations. Don’t get caught up repeating lies. These are often tactics used to create division and attack those trying to take back control from the power-crazed lunatics.  Misinformation is a tactic to suppress legitimate people and concerns.

Follow the advice of health experts (1).  If you see others providing conflicting advice, don’t follow them. Situations in a crisis can change rapidly.  Be prudent in your actions.  Resist fear.  Do what the experts recommend, like wearing a mask, practicing safe distancing, and getting vaccinated when it’s your turn.

Stories of those who survived past crises tell us that those who stay calm and think about the long-term implications do better in the long run.  Remember the little old lady you met at the grocery store and took the eggs out of her cart?  Well, she will remember you. And everyone else who observed you will remember you too.  You may find your action is on surveillance video.

There are three great lessons we hope you learned as a child.  First, learn to share.  Learn to be kind to yourself, everyone, and everything.  Second, if something terrible happens, speak up. Third, take the right action when you know the right thing to do. Are you committed to doing these things?  If so, you stand a good chance of being a survivor.

We see what happens when people don’t learn these lessons; they become selfish and greedy.

Be the person who helps those who can’t help themselves.  It’s time to assist others.  You may need help someday yourself, so sow some seeds to help others when you can.

Crisis and pandemic situations can also bring out the best parts of humanity. Be a conduit of kindness and compassion instead of fear.  Others will see your example, and they will remember you were the one who gave up your eggs when your neighbor took them out of her cart.

Be a kind person. It’s the best way to overcome fear.  Acting with kindness contrasts the difference between the “virtues of the spirit” and hate.

It’s important to remember that fear causes stress, which causes several health issues.  So, use techniques to cope and manage your anxiety throughout the crisis.  Your overall health depends on your ability to think clearly and make the right choices.

Practice self-care. Learn to manage your stress.  Don’t allow yourself to live in a state of continual fear.  One of the best ways to control pressure is mindfulness meditation.  It only takes a few minutes to pause and regain emotional equilibrium.  There are several other self-care ideas that you can use.   The point is, take a proactive approach to manage stress.

If you observe injustice, speak up.  Silence only empowers injustice.  Voting and being involved with positive social change are ways we can speak up.   Allow karma to do its work.  Don’t be like those who allowed a dictator like Hitler to take and maintain power because they didn’t want to offend others by speaking up.

Hero’s living in a disaster movie confronts others about their inaction.  Hero’s always and stands up against injustice.  Take action when and where it is safe.  Remember, those still following the deranged leader are often prone to violence.

To survive a crisis, you must learn to manage your stress.   Follow the prudent path.  Listen to the scientists.  Any life-threatening emergency puts things in perspective.  We should realize that we are one people on one planet.  We need to learn to care for each other and the environment.  Otherwise, we will suffer the consequences.  We need to speak up and do the right thing.

Most disaster movies have a happy ending.  Some hero helps to avert the crisis. The villain and his henchmen are imprisoned or killed, or some combination thereof. But, unfortunately, our real-world disaster may not have such a happy ending.   Too many people have already died because of the incompetence of dismantling the pandemic team and ignoring scientists.  And there are still a lot of villains who cling to power.

Acknowledge the fear, but don’t be ruled by it.  Don’t get sidetracked. Follow the advice of those qualified to give it. 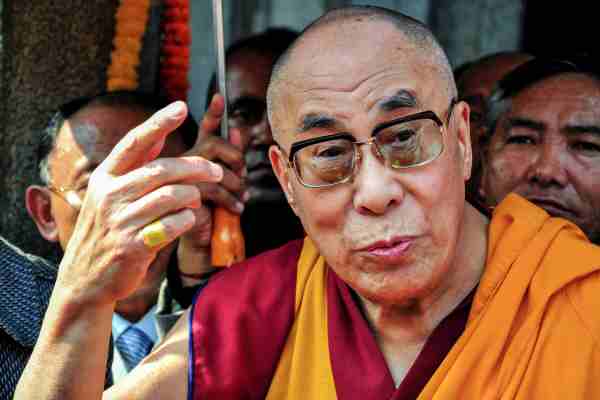 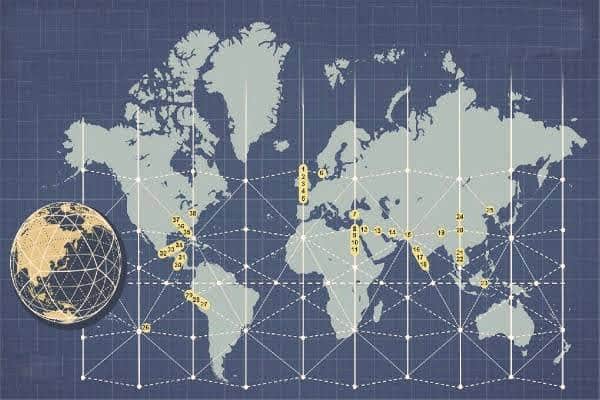 The Secret of Historical Landmarks on the Planetary Grid 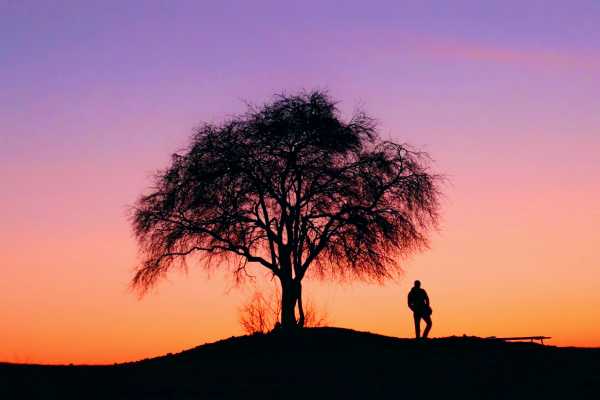