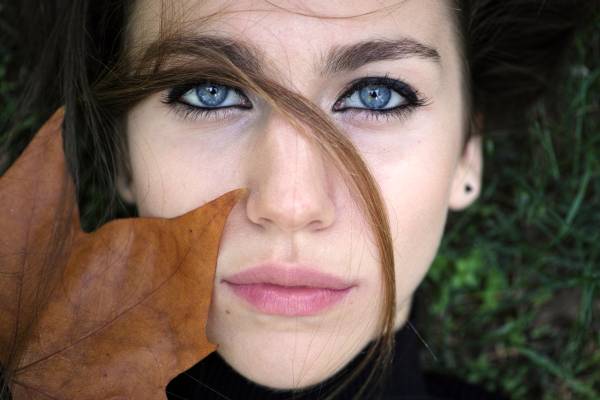 The quote from Evelyn Underhill begs the question, what comes first, the mystic or love? It’s the age-old question of the chicken or the egg?  Does religion foster unearthly love, or is it the person who has a connection to the divine substance of love?

A nursery is a place where seeds and plants grow protected from harm.  Seeds come from other plants that have blossomed and produced fruit.  The seeds of love can grow in almost any ground, but they do need something to spark their growth.  And, they need nurturing and protection.

Almost everyone has the experience of loving someone or something.  It is the mystical alchemy of love that brings a new dimension to life.  It is powerful enough to override our thinking.  It can redirect our lives in unexpected ways because love does not conform to any pattern.  The hear loves what it loves.  We are powerless to stop it.

Love Does Not Conform

…and Christianity, Islam, Brahmanism, and Buddhism each receives its most sublime interpretation at their hands. Attempts, however, to limit mystical truth—the direct apprehension of the Divine Substance—to the formulae of any one religion, are as futile as the attempt to identify a precious metal with the die from which converts it into coin. — Evelyn Underhill

Regions often try to assimilate outspoken mystics.  They want them to conform to their opinions, practices, and writings to the rules and boundaries of the religion.  Often a religion will adopt selected writings of famous mystics who have died.  They scrub their opinions to fit the religion.  Some believe this is the case with Rumi.  Rumi was the son of a famous Sifi Bahā ud-Dīn Walad, a theologian.  So, it is logical that Isam would adopt his writings as theirs.

The Divine Substance of Love is Universal

The dies which the mystics have used (to make these coins) are many. Their peculiarities and excrescences are always interesting and sometimes highly significant. But, the gold from which this diverse coinage is struck is always the same precious metal: always the same Beatific Vision of a Goodness, Truth, and Beauty, which is ONE. Hence, the substance must always be distinguished from the various forms under which we perceive it (from the various coins): for the substance from (which the coin has been made) has a cosmic and not a denominational importance. — Evelyn Underhill


Love is the element from which all variations come.  The Greeks say there are eight kinds of love.  They all emanate from the source.  Through the mystical alchemy of love, they show up in many ways.  Not all forms of love are healthy.

Agape — Unconditional Love
Agape is a Greek word that refers to the highest form of love. In other words, loving without any conditions. Western religion uses it in the context referring to man’s love of God, and Gods’ love of man.   So, yes you can love an imaginary being and imagine it loves you back.

On a more practical side, unconditional love is the bond that we associate with close family members.  We also love someone unconditionally even if that love is not returned.  It is also the kind of love people have for the environment.   It is natural to feel strong emotions for those who support you.

Eros — Romanic Love
Eros is the Greek God of Love and fertility.  This is the kind of love most people can recognize.  It is often associated with physical attraction.  This kind of emotion can also be placed in other people and objects.

Philia — Abnormal Affection
Philia is the Greek term for Abnormal love.  It is where we get the term Pedophilia.  This is associated with socially unacceptable types of arousal and enjoyment.  For example, some people derive great enjoyment causing the pain and suffering of others.

Western culture and religion spin this term as brotherly love.  However, they don’t mean as abnormal affection, since this would support same-sex relationships.  Rather, they use it in the context of those sharing the same values.

Philautia — Self-love
The Western definition of self-love is an unhealthy psychological mindset of self-conceit.  It is placing your self-interest above all else.  So, this side of self-love is unhealthy narcissism.

The Eastern traditions see self-love as the antidote to narcissistic tendencies.  This type of love is not self-infatuation.  Rather it is the opposite.  Healthy self-love is self-compassion.  and self-acceptance.  Cultivating healthy self-love enables us to access the virtues of the spirit.

Storge — Familiar Love
This is instinctual attachment.  It also refers to We become attached to familiar routines, places, and people.  We feel safe when things are familiar.  The child and mother bond is instinctual.

Our instinctual variants determine the object and intensity of attachment.  We have three basic instincts, self-preservation, sexual, and social.  These instincts interplay with the configuration of our personality.  The result is a predictable footprint of values and behaviors.

Pragma — Enduring Love
This is a type of emotional bond with intellectual values.  Social and civic duty play a large role in this attachment.  Those who have a strong sense of this emotion are drawn to exclude clubs and organizations.  They often place patriotism and nationalism as superior to individual rights.

Ludus — Playful Love
This Greek term refers to playfulness as it relates specifically to courtship rituals. It is part of the courtship interaction that confirms the interest of both parties.  Teasing, holding hands, gazing into one another’s eyes.  Animals and birds do this as well.  Some perform spectacular courtship dances and songs to woo their potential mates.

Mania — Obsessive Love
As the name suggests this is an unhealthy attachment marked by an obsessive need for reassurance.  Many psychologists feel this type of obsession is a common stage in the courtship process.  The “honeymoon” stage is a bonding element.  However, some people get stuck in this stage.  Some people have a one-sided obsession.  Since the other party does not share the same emotional connection they never receive the reassurance they seek.  This leads to other obsessive behavior like stalking.

Champion of the Mystics

If the topic of mysticism interests you, then read Evelyn Underhill. Start with “Mysticism: A Study in the Nature and Development of Spiritual Consciousness.” This work is a mixture of textbook and poetic prose.  A noble effort filled with analogies and metaphors on every aspect of mysticism.  Because of this complex writing style, it’s not “easy reading.”  But, well worth the effort.  You’ll find gems of wisdom and references for further investigation.

Evelyn Underhill was an English Anglo-Catholic writer. She was a pacifist known for her many works on religion and spiritual practice.  Christian mysticism was her passion in life and her writing.  It would appear from her writing that she considered herself a Mystic first, and then a Christian.

Questions and Issues for Mystics

What do you think of this perspective on the similarities, and differences between various belief systems?  Why are religions are always attempting to place boundaries in the way of spiritual truth, even though it’s a futile effort?   If any place fostering love is a “potential” place where mystics and mysticism can take root, why do we need religion in the first place?  Can we foster love without it being centered around an Avatar or God? Is it possible to explore mysticism without religion as a backdrop?
It would appear Ms. Underhill sees it not as an emotion, but as a doorway to mystical.  We agree.  Anyone who has ever been “in love” can attest to the power of this emotion. Some say the virtues of heart; Love, Friendliness, Compassion, and Happiness are mystical energies.  These energies originate from a place deep within the Universe.  And, these virtues of the spirit are flowing to us and through us. If we can align with them.  We can’t force them.

You can’t legislate the divine substance of love.  But, we see institutions attempting to do this. We see referenced to love in all the Abrahamic religions.  These are the religions of Semitic origin, Judaism, Christianity, and Islam.  However, these references to love are negated. Within the same text, we find references to gender discrimination, racial and ethnic prejudice, and genocide.   It’s these latter references which take precedence in the formulation of practice and policy.

So, you can speak of love and peace.  However, if your intentions are the opposite, then the results will show in your actions.   Religions may attempt to place their stamp of ownership on some mystics.  But, the mystics will always remain in a world of their own beyond the walls of doctrine and dogma.

Options for the Mystics

Remember, you don’t need a belief system to engage in spiritual exploration. The mystics path is something evolving and constantly changing with your needs.  We recommend everyone learn as many spiritual technologies as possible.  You never know which one you’ll need on the path.

The more you research and read about the divine substance of love, the more you will appreciate its depth.  The mystical alchemy of love produces expressions in many forms of life, not just people.

There are other ways mystics use love. But the energy for all of them stems from this element.