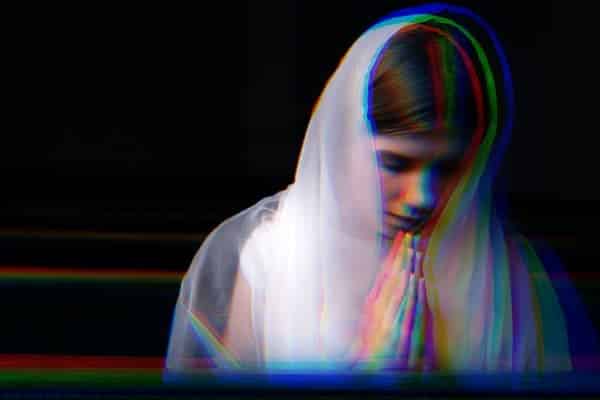 Prayer and pretending are tools of self-hypnosis.  See how it contributes to a culture of hate and ignorance and what you can do to reverse this trend.


The Western worldview sees prayer as a part of their tradition.  It is a public act that shows devotion.  Pretending necessitates ignoring reality.  It erodes our ability to use reason and common sense.  People learn to defend their beliefs against any fact that contradicts their worldview.

Prayer as a Tool for Programming

Prayer is a concept that is a fundamental part of Western theology.  It has become a socially acceptable act used to demonstrate acceptance of a higher power.   This pretending tactic is crucial to the three major religions of the Abrahamic tree.

In Western thought, prayer is pleading for a higher power to intervene.  In other words, you pretend you have an imaginary friend who can help. The Catholic Encyclopedia explains it well:

“An act of the virtue of religion which consists in asking for proper gifts or graces from God.  In a more general sense, it is the application of the mind to Divine things, not merely to acquire a knowledge of them but to make use of such knowledge as a means of union with God. This may be done by acts of thanksgiving, but the petition is the principal act of prayer.” ― The Catholic Encyclopedia (1911)

It is a magical process explained as mystical mental, appropriation. Here’s how it works.  One reaches out magically with the mind’s power via a mysterious, esoteric practice accessed via a specific formula.  Depending upon the sect, it could be “calling on the name,” which might include ceremonial cleansing “baptism” by water.

This mystical and magical process enables you to get the desired object.  Magic is a process that provides salvation or other things via their imaginary friend’s preferential treatment.  One of the primary goals is an afterlife of heaven.  Other uses of this magic include healing and material prosperity.

As mentioned earlier, the Abrahamic religions aren’t new. They are the rebranding of earlier traditions from the Mediterranean region.  These were the mystery religions of Assyria, Babylone, Egypt, and Persia. The initial branch of this tree is Judaism. It took all of its traditions from Babylonian mitigated dualism.

Christianity took Babylonian dualism and added the dying god traditions. Doing this helped to differentiate Christianity from Judaism.   Islam spun off its interpretation from this compilation.  These religions have their roots in the philosophy of Phenomenology.  However, most people in these religions don’t know it.  This unmentioned underlying philosophy helps perpetuate a culture of ignorance.

Phenomenology is a philosophy asserting that reality exists “only when” someone experiences it.  If someone doesn’t “experience it directly,” then it doesn’t exist. The idea is that all things only exist when we perceive them with the senses. It is a philosophy that assumes humankind is at the center of creation and control, whether that control is known or even recognized. In this philosophy, a select group of “chosen” people control all phenomena.  It is a culture based on the supremacy of one group.  This supremacy finds its basis in ethnic, racial, or religious sectarianism.

We can summarize phenomenology in answer to the philosopher’s question. Does a tree make a noise when it falls, and no one is around to hear it? A Phenomenologist would answer, no, the tree would not make a sound if “I” weren’t there to listen to it.  Because, for them, the tree does NOT exist until they experience it. Therefore, reality exists only through human perception and experience. If man perceives it, then it exists. If someone doesn’t perceive it or experience it directly, then it simply doesn’t exist.

Some leaders use this philosophy to rationalize their treatment of those less fortunate. They teach the unbeliever exists only to benefit the more worthy and wealthy, those who are “chosen.”  The chosen people are deserving because they have a connection with Deity. Because their imaginary friend chooses them, they can justify their actions over the less fortunate. The unbelievers, who do not have this Divine connection, are less than human. They exist when the “chosen ones” weren’t around to experience them.

This kind of thinking makes it acceptable to exact unjust punishments on those not in the group. After all, unbelievers aren’t real people.  They were just temporal beings. They existed for the use of the divinely appointed superiors.

A cult of self-appointed “chosen ones: underlies the fracturing of culture in the modern world.  It spawns the war between Christians and Muslims.  One side thinks the Muslims are unbelievers, and the other side thinks the Christians are infidels.  Thus, they can kill each other with their imaginary friend’s approval.

We assert this philosophy is errant. We disagree with the view.  Just because you do not experience something directly does not mean it doesn’t exist.  We argue that everything in physical reality exists whether you are there to experience it or not, including all people, regardless of race, social, or economic status. They are real and tangible, not just figments of imagination. We would hope that most people would agree that the phenomenologist’s view of reality is incorrect.

A Culture of Hate and Ignorance

So, yes, if the tree makes a noise when it falls, it makes a sound regardless if anyone is there to hear it. Contrary to the phenomenologist’s point of view, we assert that man cannot affect reality (physical or spiritual) by the power of his thought. Prayer and pretending are worthless enterprises.  It is merely pretending and putting on a show.

However, this show does have a purpose.  It is part of the technique of self-hypnosis.  It’s a process that came with the rebranding of Western theology.  It is as effective today as when the ancient mystery religions first devised it.  Its use in systematic indoctrination enables it to overcome logic and common sense.

The Slippery Slope of Prayer and Pretending

Pretending is a slippery slope.  If you can believe your imaginary friend exists, then you believe anything else associated with it.  This kind of thinking is what makes people lifelong customers of mythology.  It can become an identity that blinds them to the use of common sense and logic. But, this is where the slippery slope becomes dangerous.  Many times we fall down the slippery slope because we subject to religious indoctrination that programs harmful scripts.  So, losing your faith in imaginary friends is the best thing that could happen.

They use the argument against their philosophy to prove their imaginary friend exits.  The assertion is if things can exist outside of my direct experience, so can God.   Unfortunately, this doesn’t hold up to logic.  We can prove other things exist outside of our physical sphere using physical evidence.  But, the lack of evidence for Gods is not proof of their existence.  There are three ways to approach the subject of God; faith, experience, and reason.  Some people choose one, and many use all three.

It uses phenomenology to support the efficacy of prayer.  Then it uses the argument against phenomenology to justify contradictions in its theology.  For example, Western organized religion has an outward face of peace and religious holiness.  But, its practices are biased, prejudiced, and discriminatory.

Hate and ignorance go hand in hand.  If you subject yourself to enough groupthink programming, you can substantiate any paradox.  Many people are born into this type of thinking.  They are subject to programming as children. This programming becomes the basis for skewed thinking.  They learn to trust their spiritual leaders and shun any facts or opinions that threaten their worldview.

Others accept religion during times of crisis because people in crisis are vulnerable.  They accept the illogical out of the need to find answers.  They become customers and advocates for ignorance. They hope that prayer and pretending will provide solutions to their problems.

When you don’t get what is needed, it is their fault; they did not pray hard enough because you didn’t pretend with enough intent. It teaches people to blame the unbeliever because they are the ones causing their problems. It breeds hate and ignorance in equal measure.

Most people want a world where we live in harmony, peace, and prosperity.  Instead, we live in a culture of inequity and inequality.  Western thought bases the culture on leveraging many for the benefit of a few.

The philosophy of phenomenology justifies treating people as less than human.  Some religions use it to justify gender discrimination, ethnic and racial bias.  It keeps this worldview in place by promoting hatred and ignorance.  The root of this negative programming is mistaking mythology for facts.  Regular exposure to groupthink manipulation perpetuates negative stereotypes and values.

If this article resonates, there are more on our blog. To find out more about our organization, see our FAQ page.  Register on our site to receive discounts on training and unadvertised material. We comply with all GDPR guidelines and never share or sell your contact data. 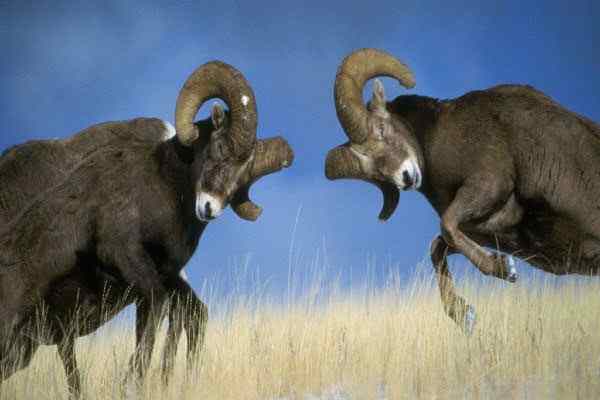 If You Think it’s Common Sense Versus Intuition? You’re Wrong 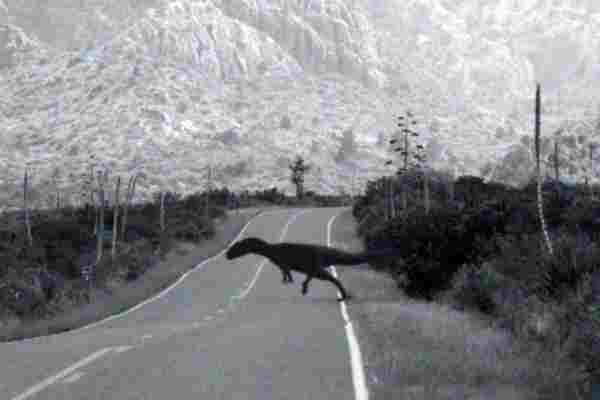 What? — A Dinosaur Crossing the Road? 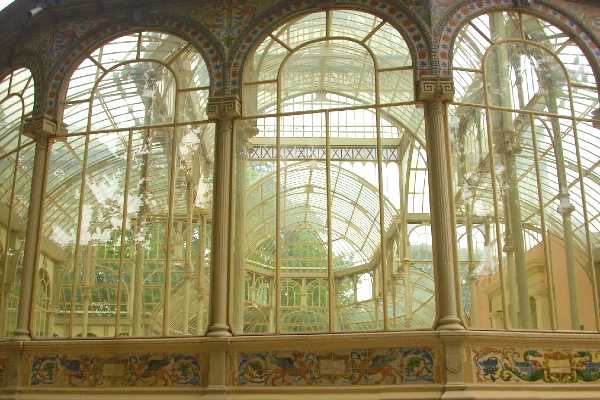 The Three Keys to The Windows of Awareness