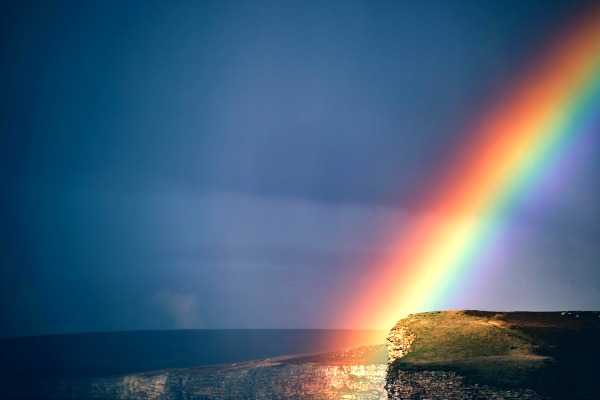 Consciousness is like a rainbow. There are a multitude of colors. ― Guru Tua

Defining these terms is a good first step.  However, this is more difficult than you would think.   That’s because like a rainbow, consciousness is a kaleidoscope of colors. The colors of our perception overlap and sometimes run together. Yet, most people live their entire lives in the three basic states. These are waking, sleeping, and dreaming.  So, they miss a vast range of other possibilities.

First, we have two big buckets of perception, ordinary and non-ordinary reality. There are many philosophies and ways to define and describe these two concepts. We’ll try to simplify the definitions.

Next, we have three basic partitions of consciousness, waking, dreaming, and sleeping. The normal waking state of consciousness is the primary platform of perception.  The default setting is ‘ordinary reality’.

Then we have sleeping and dreaming states. Sleeping and dreaming are common experiences. The dream state is very interesting. It gives us proof of non-ordinary reality. When we sleep and dream, we are generally not aware of time or space.  When we dream we enter a landscape of non-ordinary reality.  We don’t need drugs to induce an altered state. Next, let’s look at each of these three and build upon the possibilities.

The normal waking state is the like RAM setting of a computer. It is the platform for human experience. In the normal waking state, the brain frequency operates in the beta range of 13 to 20 Hz. The normal range when we are asleep is in the delta range of around 1 to 3 cycles per second. The lines of demarcation between these basic states are often imperceptible.  We are rarely aware of the shift from one state to the next. This is an important point that we will come back to later. Let’s talk about sleeping and dreaming for a moment.

The Analogy of Someone Who Has Never Slept

Let’s imagine you met someone who has never fallen asleep. They have never had a dream. How could we explain to them how to “fall” asleep, and the benefits of doing so? If they asked you, “how do you know you are asleep?”

You’d have to tell them you don’t know you are asleep.  That’s because when you are asleep, you are unaware of time. In fact, several hours pass and you have no experience of time passing.

You simply wake up refreshed and rested. The only thing that could happen while you are asleep is that you might have dreams.  Okay, now you have to explain what dreams are.  This leads to more trouble. This is because some dreams become intense hallucinations known as nightmares.  Yes, the most frightening things you could imagine.  And, they seem real.

At this point in our discussion, the other person is becoming more hesitant.  They are not sure they want to attempt sleeping.  Not only is a waste of time, but they “lose” awareness of their body.  And they don’t like the possibility of having a frightening nightmare. So, the answer to the sleep experience is “no.”

These are the excuses people use for not exploring other states of consciousness.   They don’t have any other similar experience to compare.  So, it is scary.

Before we delve into the details of each, here are the short answers:

When you alter consciousness, this refers to distorting the waking state of awareness. The distortion is caused by some stimuli. This happens when injecting or ingesting psychoactive elements. Since altered states are caused by the distortion is limited in duration. Alcohol is an example of a socially acceptable substance for altering consciousness.

Many indigenous cultures use repetitive percussive or tonal sounds to produce altered states. Some use a combination of sound, pharmacology, and ritual. These practices have their roots in the shamanic traditions of the past.  Meditation, chanting and the spiritual journey also create altered states of consciousness. And, these spiritual technologies may also provide gateways into higher states of consciousness.

As was mentioned earlier expanding awareness normally involves a personal “eureka” experience.   Remembering more of our dreams is the easiest way of expanding the range of awareness.

Another example is using the analytical mind to grasp how our mind works.  The best tool we’ve found for this the Enneagram of Personality. This is a test which outlines the nine basic components of your personality.  Everyone is a little different but we all have a default setting.

Yet another example is the perspective you get by studying basic logic.  The analytical powers of the mind can transform our perception. This is a helpful tool in spiritual exploration. Training the mind to use logical processes helps us sort out the facts from the fiction. This strategy isn’t new. Many ancient cultures trained common sense along with other more esoteric methods.

Higher states of consciousness are sometimes more difficult.   They often deal with perceptual elements well outside the range of normal reality.  Here, it’s the differences in the worldview of an insect and man.  Both occupy the same world but with vastly different perceptions of reality.
In the next section, we’ll discuss to partitions of higher awareness. In the modern world, people see these as Non-Ordinary States of Consciousness. But, this depends upon who defines ordinary.

The Non-Ordinary Range of Awareness

We know Transcendental Consciousness by several names. Some call it the 4th state, pure or bliss state of consciousness. This is a partition of consciousness that has unique metabolic characteristics. The most notable is a change in the increased coherence of brainwave patterns. Here the brainwaves operate in the theta-wave area around 4 to 7 Hz.

This state is most notable for its profound state of rest. The mind remains alert but without thought. Scholars from Joseph Campbell to Maharishi Mahesh Yogi describe it as bliss consciousness. This is because you remain self-aware without having the normal inner dialogue. The process used to reach this state of consciousness is Japa Meditation. Maharishi calls this process Transcendental Meditation.

Earlier we talked about how most people do not notice the shift between different states. Some people have this ability.  They are often called gifted. But, you can learn to do this too. All you need to do is practice the methods of meditation noted above.  This will show you how consciousness is like a rainbow.  After practicing meditation you will notice these shifts. This leads to the realization that pure consciousness underlies all states of awareness.  This is one way you know that you are expanding awareness.

This state is the most ancient form of spiritual practice known. The Shamanic Journey has similarities across many cultures. It is the most likely source of modern religion. To make it more acceptable, it has been rebranded and given a new name. We know it today as guided meditation, creative visualization, and mindscape. The Shamanic State of Consciousness is significant for several characteristics. The person in SSC controls when, where, and how long they travel. By setting the goal of their journey, they provide a level of freedom and control.

Combining the States of Consciousness

So, now we have what you could call our five primary states of consciousness. These include the three basic states of waking, sleeping, and dreaming.  To these, we’ve added two other higher states. These are transcendental consciousness and the Shamanic State of Consciousness. These are like the primary colors of a rainbow. There are many shades in between these five. They fade and overlap one another. Combining these states is also one of the natural goals of awareness.

The Sixth State of Consciousness

The sixth state of consciousness demonstrates how consciousness is like a rainbow. Here we see where two colors intersect and create a new state of awareness. Combining the waking state with the transcendent state, we get “cosmic consciousness.”
This is the first level of combining two states of awareness.  One from ordinary and one from non-ordinary reality.  In the sixth state, the transcendent is brought into waking awareness. This is a significant development. It shows us how versatile consciousness can be. It is like the advent of color TV from black and white.
One achieves this state through regular Japa or TM meditation. The mind is naturally drawn to the state of bliss. So, it is a natural progression to bring this quality into the waking state of ordinary reality. The resulting experience is what we refer to as “witnessing.” Here the mind can perceive two vantage points of reality simultaneously. This isn’t a philosophical separation. There is an awareness of being separate from the body while being fully “present” in mind and body. (Sorry, but it’s like explaining to someone that has never slept what it is like to dream.)
This 6th state provides experiential proof that reality is a collective holographic construct. There is also the experiential realization that “we” are one with this reality. We are both the Observer and the participant. This is where we get the concept of Oneness.

Some believe that lucid dreaming should be the seventh state.  This is because it combines two or possibly three states of consciousness. In lucid dreaming one is present, they “know” they are dreaming.  This is the same as the waking state.  The REM partition of the dreaming state is a unique partition of the sleeping state.  So, this is similar to the Shamanic State where you create and direct the experience.  What do you think?

There you have the basic landscape of the states of consciousness.  Now hopefully you can grasp how consciousness is like a rainbow.  And, we haven’t even talked about the non-linear nature of time.  We hope this helps you understand the shapes and colors of the rainbow of perception.

There are several ancient tools for expanding and exploring consciousness.  We call them, spiritual technologies.

Spiritual technologies are ancient methods for exploring the human spirit. They come from cultures all around the globe.  They are time-tested by generations of use. These practical mental tools help us expand awareness.  Some open the doors to higher states of consciousness.


The methods we select are tools that can stand up to the rigorous test of science.  They are repeatable processes.  Several produce scientifically measurable effects on our physiology.  Some of these changes include brainwave coherence, lower heart rates, and increased skin resistance. These measurable change prove these tools produce states of consciousness different from waking, dreaming and sleeping.


Anyone can use them, all you need to do is follow the process.  We think of them like a recipe for a cake.  You combine the right ingredients in the right way and you get something delicious.  They do not the belief or faith in any religious doctrine.


We divide these tools into four major categories:

Everyone has their own path.  You can start with any of these methods.  The more you use, the better.

4 thoughts on “Our Beautiful Consciousness is Like a Rainbow ―”