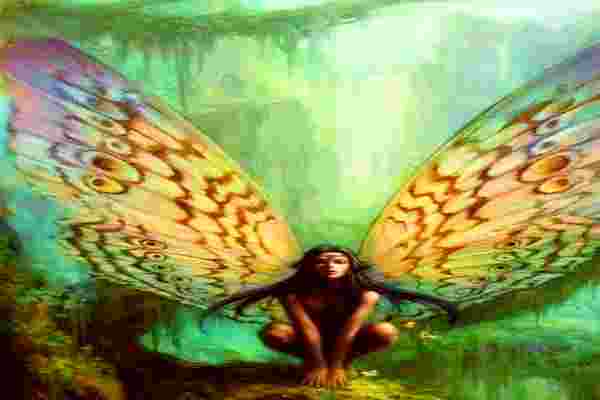 
“Faeries, come take me out of this dull world, for I would ride with you upon the wind, run on the top of the disheveled tide, and dance upon the mountains like a flame.” ― William Butler Yeats

The Traditions of Faeries and Fairies

Stories with extraordinary characters are an excellent way to send messages (1).  Memorable stories often contain exaggerations, supernatural imagery, and magical characters.  That’s what makes them popular.  As they become more popular, they become a part of the culture.

Fables are the kinds of stories that last for generations. These stories are not entertainment, although they are entertaining.  These ancient oral tales often contain many levels of information.  The storyline makes it possible to embed data in the language and symbolism.   Reread them now with spiritual ears and eyes.

Fairies are imaginary creatures.  Legend tells us they are spirits with metaphysical, supernatural, or preternatural traits. Their origins stretch back to primordial gods and goddesses.    We also know them as fay, fae, or “fair folk.” Plural forms for these creatures are faeries and fairies.  Faries are prominent characters in pre-Christian European forlore. You can find these characters in Celtic, Slavic, German, English, and French stories.

Many of these legends are gothic and grim tales that spark the imagination.  These are the qualities that encourage their translation across language and cultural barriers.  Their intrinsic messages, superstitions, and values become a part of the culture.  Fairy tales are a popular focus for superstition and mythology.  We find these creatures are like the anthropomorphic animals we see in fables.

The characters in these stories are versatile.  They can take on a variety of roles.  Sometimes they fragile, innocent, shy, and docile. Other times they appear scary and menacing. In many of the traditions, these creatures human as they display both good and evil traits.   Take, for instance, the creature in Pan’s Labyrinth.  This a modern-day version of the classic tale.

Are Faery and Fairy Different?

Some traditions infer a difference between the Celtic term faery and the more familiar word fairy. They both refer to the same magical creatures, but some believe they are two different character typologies.

The Fairy refers to a small, fragile, harmless, and shy creature.  They are even friendly and charming.   On the other hand, Celtic versions are more like shape-shifters.  They can take any human shape, from old crones to mighty warriors.  They can take on the form of any animal or anthropomorphic combination.  They are anything but docile.  On the contrary, they can be vicious and deadly.

Both forms dwell in mysterious places outside humans’ realm but visit this plane of existence out of curiosity.  Some can be summoned and will carry out tasks for a price.  One may meet a fae by entering their territory either accidentally or on purpose.  It is believed they dwell underground in caves, on high mountain tops, or even in the fog.  When entering their domain, one takes a chance because it may not be possible to return from their dimension without permission.

The Common Themes in Fairy Tales

“At every moment of our lives, we all have one foot in a fairy tale and the other in the abyss.” ― Paulo Coelho

An excellent example of this lesson is the story of “Little Red Riding Hood.”  In 1697 Charles Perrault was the first to publish short stories.  He changed some parts of the original story. He did so to make the story suitable for younger audiences.

Hansel and Gretel’s story comes out of the famine in the 1400s. Brothers Grimm first published the German lore in 1812.  Children found themselves abandoned by family, sometimes killed and eaten. The witch builds the gingerbread house as a lure and deception. The Witch is often used to personify the darkness of humanity. They are the villains often depicted as deceptive and evil.

This type of story teaches moral behavior.   The tale of “Cinderella” exemplifies how ethical behavior returns a positive outcome. We are to focus on the positive and not retaliate.  It is a warning to extend kindness regardless of how others treat us.

The story of Cinderella also demonstrates the concept of Karma.  If we do the right, we will receive a positive reward. The traditions we know as fables are to showcase positive moral behavior. Many parables used anthropomorphic Beings. They were the wise ones who lead the main character through the lesson.  The human/animal form is also a significant theme with faeries and fairies.  A modern version of this is Yoda from Star Wars.

The third prototype story is to avoid assumptions.  This type of fable teaches us not to assume. We cannot know or understand someone or something based on superficial attributes.

This lesson is best exemplified by the story “Beauty and the Beast.” “Snow White” is another story that showcases this admonition.  Here we see “faeries and fairies” take prominent roles in the story. The dwarfs in the legend are a “type of fairy,” which shows us a range of traits and emotions. The fairy godmother exemplifies hope and making dreams a reality. “Cinderella,” “Bluebeard,” and “Hansel and Gretel” are multicultural variants of this theme.

These accounts are not contrived narratives designed to entertain and frighten children. These accounts hold spiritual truth. For example, the story of “Jack in the beanstalk” is a microcosm of a spiritual journey to the Upper World. The story of “Alice in Wonderland” contains journeys to the Middle and Lower worlds.

These are the worlds that the Shaman of many indigenous cultures has described.  They are still revilement descriptions for those who practice the Shamanic Journey.

“If you want them to be more intelligent, read them more fairy tales.” ― Albert Einstein

Beowulf is a Scandinavian hero of the Geats. He comes to the aid of Hrothgar, the king of the Danes, who is under attack by a monster known as Grendel. This story is the first significant piece of literature written in Old English. The story of Beowulf contains Anglo-Saxon roots. The language helps us decipher the deeper meaning of the text.  Grendel attacks because of his exile and exclusion.  It is an analogy for retaliation of those excommunicated and excluded from society by the Church. 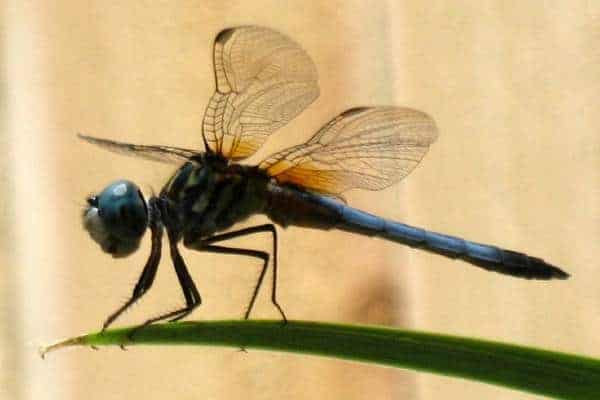 Many cultures identify the dragonfly with the presence of fairies.  This form reflects the general typology. It is a creature that is both beautiful and dangerous.

“Fear isn’t so difficult to understand. After all, weren’t we all frightened as children? Nothing has changed since Little Red Riding Hood faced the big bad wolf. What frightens us today is exactly the same sort of thing that frightened us yesterday. It’s just a different wolf. This fright complex is rooted in every individual.” ― Alfred Hitchcock

When stories are shared, they take root in the culture’s traditions.  It is how superstition becomes part of the values of the culture.  Superstition is the justification for inhumane treatment.

For instance, the fear of the older woman, the Crone, as an evil Witch is perpetuated by stories like Hansel and Gretal.  They reflect the stereotype in other texts, such as in Exodus 22:18. The King James version says, “Thou shalt not suffer a witch to live.” Deuteronomy 33:8-10 refers to using the Urim and Thummim as “instruments of witchcraft.” So, if you fit the mold of the stereotype, you become an outcast at the very least.

The Catholic Church used these stereotypes to root heresy throughout Europe and then in the Americas.  The inquisition demonized anyone that did not support their mythology, and this stereotype is still firmly in place.  It’s why we should all learn to question the cultural narrative.

These negative stereotypes justify discrimination, bias, and prejudice of all types.  Anytime you encounter a negative stereotype, you should investigate the root cause. Western organized religion began depicting angels with wings in the 3rd Century.  This element comes from Tertullian (c.160-c. 240), an early Christian author Roman, who wrote, “every spirit is winged, both angels and demons.”  Angels and demons with wings became the Christian art model from the 3rd century onward.

Do you believe in Faries?  What about Angels? Not everyone who believes in Angels also believes in Fairies.  The mythology of the Bible does not mention fairies.

Judaism, Christianity, and Islam are the rebranding of Egyptian, Babylonian, Persian, and Assyrian mystery religions.  Their mythology is ripe with angels and demons.  However, this typology is not a popular theme in early European folklore.  The separation was necessary for the Church.  It saw any connection to indigenous beliefs as competition.

Despite the rigorous attempts by the dominant organized religions, fairy tales are still a part of many cultures’ traditions.  The resurgence of nature-based philosophies has helped to keep these stories alive.  Popular culture is full of references to fairies.   Watch the beginning of any Disney film, and you’ll see a fairy flying in with a magic wand.

Our modern culture has a fascination with Vampires.  Interestingly, Vampires take on many of the characteristics of Fairies.  They live for many generations and possess supernatural powers of strength and guile.  Both are often able to shape-shift.  And they can appear human.  So, in a way, we are still creating fairy tales.

There are Nine references to Unicorns in the Tanak.  You’ll find them the books of Numbers, Deuteronomy, Job, Psalms, and Isaiah.  A sea monster, the Leviathan, is mentioned five times between the books of Psalms and Isiah.  The book of Matthew has zombies roaming the streets.  The bible doesn’t use the name vampires but talks about people who eat others’ blood in Leviticus.