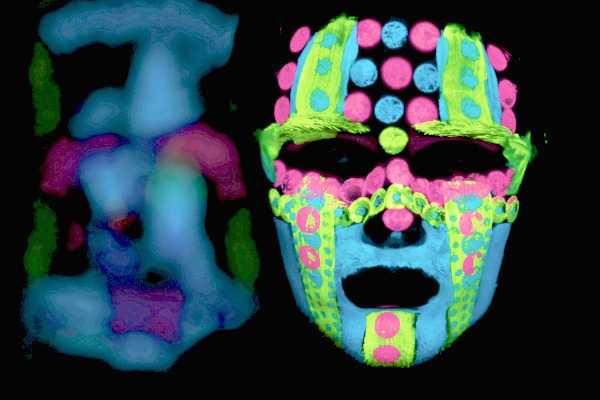 This concept isn’t that far-fetched.  Over 3 billion people meet once a week to learn about spirit worlds and supernatural beings.

So, is the spirit world of the Shaman an accurate representation of reality or imagination? If it is just imagination, how does that differ from reality?  After all, everything we experience is within the mind.

The idea of spirit worlds prompts some interesting questions.  Are these worlds authentic representations of reality or imaginary?  What qualifies as “a genuine reality”? Is there a distinction between ordinary and non-ordinary states of existence?  What are the boundaries of reality? Our dreams also take place in “non-ordinary reality.” Are they just imagination, or isn’t this experience a part of our existence?

“We think this is reality. But in philosophy, that’s called naïve realism: “What I perceive is reality.” And philosophers have refuted naïve realism every century for the last 2,500 years, starting with Buddha and Plato, and yet most people still act on the basis of naïve realism.

Now the argument is, Well, maybe my perceptions are inaccurate, but somewhere there is accuracy, scientists have it with their instruments. That’s how we can find out what’s really real. But relativity, quantum mechanics, have demonstrated clearly that what you find out with instruments is true relative only to the instrument you’re using, and where that instrument is located in space-time.” ― Robert Anton Wilson

So, we are back to our original question.  Are the spirit worlds of the shaman another way of experiencing reality? 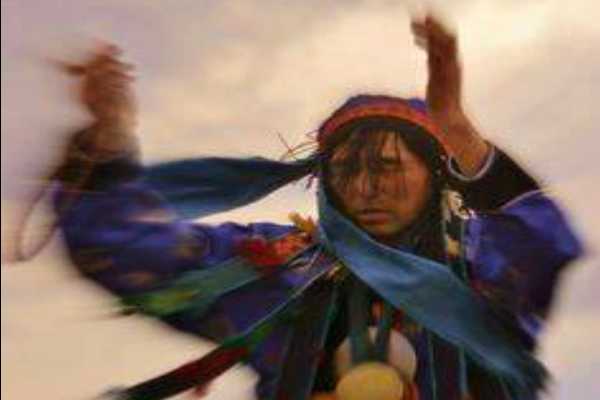 Then ask those same people what they think about dreams.  When most people dream, they don’t know they are dreaming.  So, when they dream, it seems genuine.  Dreams are proof that we experience non-ordinary reality.  Are dreams any different from the experience of the Shamanic Journey?

Some say the magical athletes of the spirit world are the Shaman. They travel to the spirit worlds of the upper, middle, and lower earth.  Their mission is to help us to find answers and healing.

If we consider non-ordinary reality, then there are many realities. Everything we experience happens within the mind.  So yes. Our experience IS reality because we are shaping it. And no, because there isn’t one reality but an infinite number.  In that sense, the landscapes of the Shaman are genuine and authentic representations of existence.  They have practiced it for eons, making it a common experience among many indigenous people.

It continues to be a collective perception for those who practice it today.  The experience of the Shamanic Journey is universal.  No matter what you call the journey, the experience is the same, no matter the culture. It is a collective reality. So, to the question, are the spirit worlds of the shaman real? We would say yes.

Wow, you may not have expected this, but Science tells us this partition of awareness is a valid measurable state of consciousness.  In this state, the brainwaves are in the theta-wavelength 4 to 7Hz, which is different from our default states of waking, sleeping, and dreaming.  This “spiritual technology” opens a doorway to a separate consciousness state.  Michael Harner (1) is an anthropologist and author. He calls this state “The Shamanic State of Consciousness” (SSC).

SCC is like another non-ordinary state known as transcendental consciousness.   SCC can heal the mind, body, and spirit.  It is one of the primary “spiritual technologies” of humankind, transcending all cultures.  It’s another one of our default states of awareness, just like waking, sleeping, and dreaming.

Bottom line.  The Shamanic Journey is repeatable and scientifically verifiable.  So, is the spirit world of the Shaman real in scientific terms?  The answer is yes. It leads to the next logical question.

Are the mythologies of religion also an actual representation of ordinary reality? The faithful followers of all religions believe that their superstitions are genuine.  Most would hesitate to call their beloved faith is a form of mythology.

To answer this question, we first need to ask if religion’s mythology is a universal or collective perception? Well, the answer to this question is, unfortunately, no.  Every religion has its unique mythology.  There isn’t one singular universal mythology.  Religions tend to evolve, mutating, and being shaped by culture.  There are two significant groups of religious mythology, Western and Eastern.

Western mythology finds its home in the Abrahamic religions (2). These are the Semitic religions of Judaism, Christianity, and Islam.  These belief systems are the rebranding of Egyptian, Persian, Assyrian, and Babylonian mystery religions.

The focus of these mythologies differs from those of indigenous Shamanic traditions.  The Shamanic practices focus on healing, mind, body, and spirit. In contrast, the focus of Western religion is on selling the afterlife.  They contain no processes to replicate this journey.  Only the “god-like” or avatar can travel to these dimensions for the most part.  Only in death can we finally test the promises of these mythologies.

If we look at the Eastern Traditions, (3) we see that they focus on exploring and developing consciousness. Eastern religions include Buddhism, Hinduism, Taoism, Confucianism, and Animistic Indigenous Traditions.  Here we find mythologies “built around” the development processes, but these traditions keep the knowledge of processes intact.  In these systems, we see the Anthropomorphic forms (4) used extensively to symbolize and describe these techniques.

We see several Eastern traditions act as storehouses of spiritual technologies.  Eons of research have gone into processes to alter, expand, and reach higher states of consciousness.

The bottom line here.  Religion and mythology aren’t a collective illusion, but a selective cultural and often a private one.  Historical validity is equivalent to fiction, albeit spiritual fantasy.   So, is the make-believe of religious mythology factual?  Is it as valid as any illusion of reality? Or is it another of the infinite possibilities?

If Western religion’s fictional stories are factual, then Harry Potter’s stories are equally valid.  No, sorry, fiction is just fiction.  Fiction can hold some truths.  One must learn to distinguish between anecdotal stores and processes to expand awareness and open the doors of consciousness.  You’ll need to look in the right places.  Even Harry Potter has some gems of wisdom.

Is the spirit world of the Shaman real?  If you take the Shamanic journey, or what some call a guided meditation, you will experience this dimension for yourself.  It’s is experiential proof that can be replicated and measured.

So, there is experiential and scientific validation for non-ordinary reality.  It is a measurable state of consciousness and a universally repeatable process.  It is as concrete as the other default state of non-ordinary existence we call dreaming.

The answer to our follow-up question about Western religion’s mythology is that these superstitions are just stories.  There might be some nuggets of wisdom if taken as metaphors for something like the Shamanic Journey.  However, there are no proofs for mythology as being factual.

Some Eastern traditions contain the process, like those of the Shamanic Journey.  Some also have methods for expanding awareness and opening the doors of consciousness.  And some mythologies do not. The spirit worlds of the Shaman are perhaps as genuine and factual, if not more so than the myths created to describe those who journey.

We welcome your opinion, so don’t hesitate to comment or email us. If this article resonates, you’ll find more to spark your interest on our blog. To learn more about our organization, see our page FAQ.  Register on our site to receive discounts on training and unadvertised material. We comply with all GDPR guidelines and never share or sell your contact data.

Are you interested in spiritual exploration?  Check out the blended learning process at the core of our teaching process. It reflects what Joseph Campbell called the Hero’s Journey (5).  Our learning options include both face-to-face and virtual learning sessions.  Please consider donating and supporting our mission.