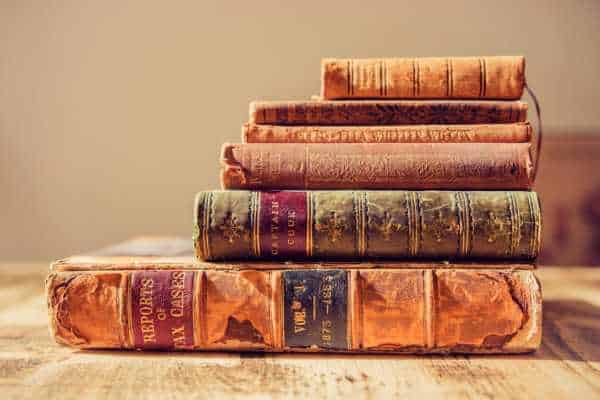 Mr. Watts points out one of the major reasons for the study of our assumptions and why learning about our beliefs is so important.

Mr. Watts uses the term ‘assumptions of your own culture’.  He’s saying most people are not aware of the bias of their culture.  Our cultural narrative is invisible because we have nothing to compare it to.  Therefore, we make assumptions out of ignorance. 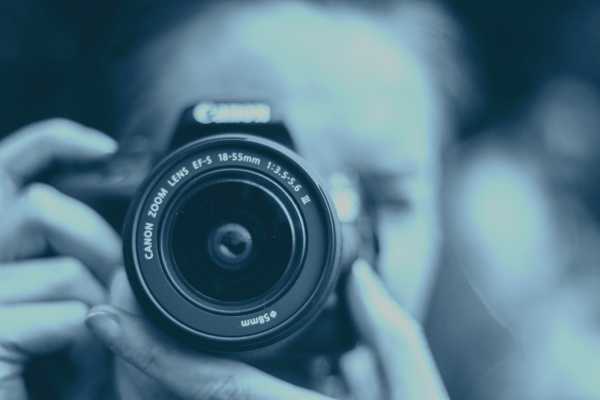 So, Comparative Analysis helps us take off the blinders of our cultural narrative.  This gives us a way to research with the least bias possible.  The less bias we use, the more accurate our conclusions. Let’s see how this works.

To understand a culture, you need to compare it with another. Comparison expands our perspective on the subject.  So, understanding assumptions requires knowledge of two or more cultural elements.  Your perspective grows in proportion to the number of worldviews you understand.

What is Comparative Analysis?

This is a scientific model for comparing topics between different belief systems. It is a process similar to a comparative religious study. We use the above term because it reflects the six steps of the scientific process. These steps guide our study, which provides consistent and accurate results.

A methodical approach like this helps us stay on track and minimize our bias. This begins with understanding our assumptions, bias, and prejudice.  As we conduct the research, these elements will surface.  So, this process helps us to make an honest appraisal of our worldview.

Always set goals for your research.   For instance, your goal might be to find and compare a specific symbol in different religions. However, it also a good idea to be flexible. The symbol may lead you to other interesting data.  It’s not uncommon for good research to uncover other things worth investigating.  You can set the new data aside for another research project.

Stay with the model and don’t skip steps.  The scientific model will give the best results.  However, you don’t have to be a scientist to use these six steps.  It’s simple and logical.

The scientific method is a process for exploring things.  It helps us develop new knowledge.  And, it helps us correct errors and integrate knowledge. This method uses common sense, logic, and verifiable data on which to base conclusions.  This promotes a healthy skeptical mindset. It helps us in understanding the assumptions that we may hold. 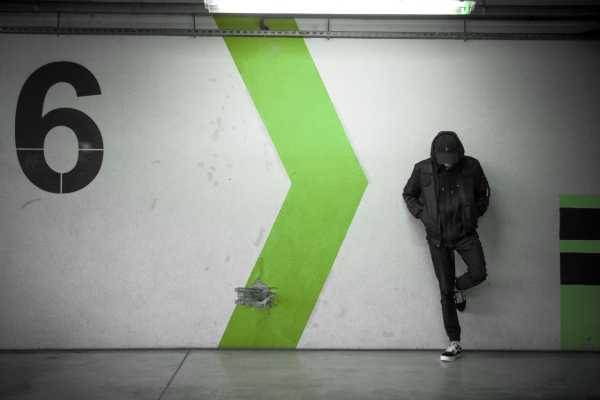 Pick a topic for comparison. List your own assumptions about the topic. This will help you minimize your own bias.  Select the initial sources for the topic.

Next, gather the data. If you can, go to the library. Then, find data from valid sources. Use books from authors outside the worldview you are researching.  This is because they bias the sources from the target worldview.  You want data you can verify with independent sources.

Now record the facts and ask yourself questions about what it could mean. Don’t develop conclusions. List all the possibilities.  Brainstorm.  This may require deeper study within the religions you’ve selected.  Or, you may expand to follow other data or questions that new data provides.  Go where the data leads.

Form a hypothesis. Brainstorm.  Look at the data.  What story does it tell? List all the possibilities.   List the most probable and the least.

Time to test the various hypotheses. What is most likely and least likely? Is the hypothesis logical?

These six steps of comparative analysis either confirm one or more of the hypotheses or prompts us to ask other questions.  Remember, a skeptic is a Freethinker guided by common sense and logic.  Don’t skip steps.  Don’t rush to conclusions until you complete your due diligence.

Also, while you are engaging in this process, be sure to stop every 15 to 20 minutes.  Check your emotions.  Emotional checks will help you do more accurate research with less emotional stress. If you are not familiar with this type of quality check, follow the link to learn more.

Believe it or not, this is also inner work.  This is especially true if you are dealing with topics that relate to your own beliefs. So, please stop and assess your emotional equilibrium.

The Benefits of Comparative Analysis 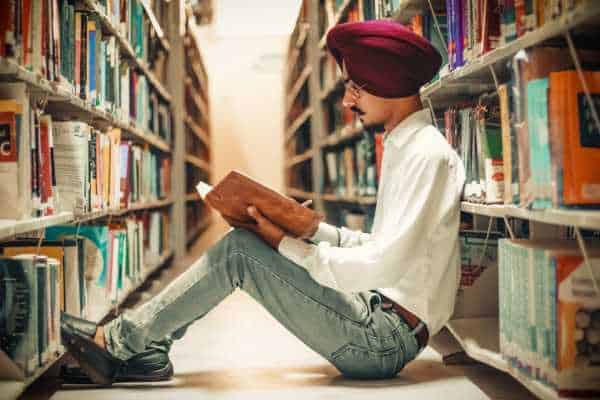 Exploring the beliefs of a foreign system is easier than investigating our own.  That’s because looking at other belief systems does not threaten our sacred ground.  And so this is the value of undertaking a comparative religious study.  We learn to see our sacred ground from a different perspective.

Gaining a new perspective is important for any religious devotee.  It will keep you from slipping into extremist views that are harmful to others.  It isn’t a coincidence that people have the same religion as their parents.  The strategy of most religions is to indoctrinate children early in life.  So, they have no other narrative to compare it with.  They learn not to question the cultural narrative.

If you study only one religion, you are a customer for life.  But, if you study more than one, you are less likely to become a believer of any. That is the power of knowledge.  Knoweldge of other systems helps understanding our own.

It will open your eyes to the historical context, the similarities, and the contradictions. Understanding assumptions is a benefit.  It will help you see ethnic, racial, and gender prejudices.  This will help you become a freethinker in a world full of followers. The value of conducting a comparative religious study is to open your mind to other possibilities.

The six steps of comparative analysis help view belief systems without judgment.  It helps us examine our sacred ground without emotional attachment.  One of the main obstacles to spiritual exploration is our bias.  Our ability to learn is in direct proportion to our ability to embrace new ideas.

We all have a dominant cultural narrative. Religious beliefs often dominate our cultural narrative. These control the bandwidth of our ability to see the value of new ideas.  Taking part in this type of study enables us to discuss our closely held beliefs in safety.

We can explore ideas and beliefs outside our worldview.  This type of study will give people practical experience understanding assumptions.  It is easier to see the assumptions of others first.  We can do this without emotional attachment.  This perspective enables us to see our own assumptions with more clarity.

So, this can help us unplug the emotional ties surrounding our own religious beliefs. This gives us the ability to weigh them with common sense and logic.  This keeps our prejudices from holding back our progress.

When you use a process like the six steps of comparative analysis, you are enhancing your ability to use logic and common sense.  Understanding our own minds is an extra benefit.

Tips for Conducting Your Own Research

Pick a topic and then at least four different beliefs for comparison of the topic.  Start with the chosen topic in your belief system.  Then pick at least three from other belief systems.

So, for example, many people believe in some form of Abrahamic religions.  These are the religions of Semitic origin including Judaism, Christianity, and Islam. If you are a believer in a branch of these religions, then pick three others.

And, perhaps one belief system from the earlier roots of the Abrahamic tree. These are Egyptian, Babylonian, Persian, and Assyrian mystery religions.

If you want to expand the comparison, pick one of the Pagan systems like Wicca. Then, finish with non-religious approaches of Atheism and Agnostic thought.

First, the more studies you complete, the more you will value understanding assumptions. You will spot the assumptions as bias and prejudice.  It will also make your own bias clear.  This clarity will help you be a better person.

Second, the most successful rebranding effort is the Abrahamic traditions. These are the modern religions of Semitic origin Judaism, Christianity, and Islam. However, you won’t hear this from them unless to do some research. They are the rebranding of Egyptian, Babylonian, Persian, and Assyrian mystery religions. One source of this data comes from their internal documents. The Catholic Encyclopedia from 1907 is one of the best resources to find information not meant for public consumption.

Symbolism in a greater or lesser degree is essential to every kind of external worship, and we need not shrink from the conclusion that in the matter of baptisms and washings, of genuflection’s and other acts of reverence, of lights and sweet smelling incense, of flowers and white vestures, of spiritual unction’s and the imposing of hands, of sacrifice and the rite of the Communion banquet, the Church has borrowed without hesitation from the common stock of significant actions known to all periods and to all nations. In such matters as these, Christianity claims no monopoly or originality. ― The Catholic Encyclopedia and International Work, Vol. 14 (1907).

Examples of Topics for Research

You start this journey with the goal of finding new information.  We take on the challenge of exploring other ideas and beliefs. This process is not only an analytical exercise.  This journey also involves an inward journey.  When we open our minds to other ideas and perspectives, it is a catalyst for our spiritual growth.

The benefits of the six steps of comparative analysis are: