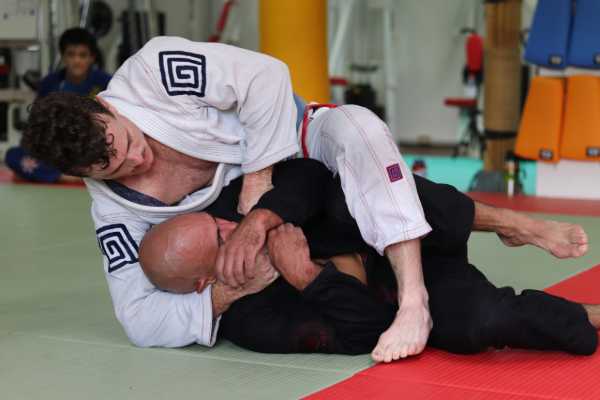 Many people use spirituality, religion, and faith interchangeably. However, they differ in significant ways.   Let’s see if we can sort it out.

This situation begs the question.  Are spirituality, religion, and faith words that have become meaningless?

Likewise, when people use these three terms interchangeably, it also distorts their meaning. All three words have different meanings. However, today it’s common for people to think they mean the same thing.   And, the result is that these words become meaningless adjectives.

The overuse and misuse of these words create confusion.  It makes understanding spiritual matters more difficult.  However, people continue to use them because they are a part of the common language.  It is like saying, okay, or yeah sure.  And it is doubtful this situation will change.  Hence, we need to learn how to deal with it.  These factors create a conflict: spirituality vs religion vs faith.

The key to unraveling this confusion is twofold.  The first part is the easiest.  We start by knowing the original meaning of the word.  The second part is more difficult.  We need to find out how the word fits into the context of its use.  We need to search for the intent behind its use.  What did the person mean when they use it?  Most times, people use these words as meaningless jargon.   They don’t know what the word means, but they use them because it makes them sound spiritual.

Fixing the context is an automatic function of communication. We know almost immediately when someone uses a term with conscious effort as a meaningful descriptor.  Or, if they use the term as a meaningless part of speech to spice up or spiritualize their language.

However, understanding the intended meaning of the person using it is more difficult.  For this reason, we need to hone our listening skills.  Sometimes we can grasp the meaning of the word if they elaborate.  Above all, the best way is to ask them directly what they mean when they use one of these words.  If you can’t ask directly, then take notes.

Next, let’s look at the common definitions of spirituality and religion.  We need to sort out the confusion. We need to separate the technical meaning from their use in the cultural narrative.

Spirituality is a term with deep intrinsic meaning. The basic part of this term is the word spirit.  This refers to the non-physical part of our mind.  Many people believe we are spiritual beings having a physical experience.  At our core, we are Spirit. This is synonymous with the Soul or the Observer.

Even people who do not have religious beliefs want to know more about the mysteries of our nature.  What is consciousness?   Who is the person we talk to inside our heads?  What is experiencing this life?  These types of questions come into play when we use the term spirituality.  Bottom line.  You don’t need religion to be spiritual.  Spirituality isn’t a belief.  Spirituality is a way of approaching these important questions.

On the negative side, the term spirituality is also prone to overuse. And it’s become one of the most commonly used terms in our culture. So, the meaning depends on the cultural and social context. We can relate almost anything in the human condition to this term. For instance, you might hear someone say eating hot spicy food is a spiritual experience.

People use spiritual words because they like to sound spiritual.  That’s because there’s an unspoken sense of respect attached to spirituality.  So, it’s not uncommon for people to use this word to enhance their vocabulary.

People use these words in the context of their beliefs.  And what you believe does matter.  This is because your beliefs have consequences.  So, one of the best ways to find out if they understand the term is to ask them, “what do you mean by spiritual?”

We must confess, perhaps we are also guilty of adding to the confusion.  Albeit, we do so with the best intentions.  We use the term spiritual in the title of our organization for several reasons. We choose each word to best describe our mission.

Religions are a set of beliefs and values.  They intend to influence people and society positively. Without a doubt, Western organized religion is the most influential. These are Christianity, Islam, and Judaism.  Together they have over 4 billion followers.  As a result, they can influence many cultures.

One thing religion does well is to sell the unknown. For instance, heaven or afterlife beliefs are one of the top-selling items. To do this, they use faith to overcome any opposing arguments or facts.  So, a believer must cling to their faith in the afterlife to keep from facing the fear of death.  In short, you secure your place in heaven with belief and monetary contributions.  And there are no customer complaints.

A point often overlooked is the slippery slope of religious doctrine.  Instead of bringing out the best in humanity, it can bring out the worst.  People use sacred texts to justify hate. They try to justify everything from ethnic, gender, and belief discrimination, war and genocide.  It’s all done in the name of their God.

Religious people claim that it’s just the fundamentalists of each religion that cause problems. But, there’s got to be something wrong with the religion itself if those who strictly adhere to its most fundamental principles are violent bigots and sexists.
— David G. Mcafee

Another key point… not all traditions are harmful. In fact, many of the tools for consciousness exploration come from indigenous and Eastern traditions. History shows they are the pioneers of research and the beginning of science as we know it.  You can trace medicine and psychology back to the work of these ancient cultures.

This exercise can show how social programming affects our understanding of spirituality vs religion.  How does faith fit into this equation?

Faith is a term that some use interchangeably with religion. When someone says they walk by faith, they are telling you they follow the dictates of a religion. However, the term faith means to have complete trust in something.  That is why faith is one of the primary elements of the largest religions.

Religious leaders teach followers that faith and unwavering trust in them is a requirement. This mindset of certainty and trust is a shield.  Some people are proud to say they live by faith while consciously ignoring any facts which contradict their beliefs.   Therefore, it’s also important not to confuse faith with confidence.  Nor should you confuse myth with fact.

For instance, we have confidence when we sit down that the chair will support us. We draw this conclusion from historical evidence of sitting in this chair.  Whereas, faith in religion requires belief in things for which there is no credible proof.  Faith is the assertion of belief. But, it is fear which motivates their faith.  The biggest fear is that of eternal punishment in hell.  This brings us back to the antidote for death, the afterlife.

The constant assertion of belief, is an indication of fear. – Jiddu Krishnamurti

Again, the topic of faith is another example of how religion can adopt a word and infuse it with meaning.  This use of language is no accident.  It is a purposeful use of language to inject meaning which reinforces the belief system.  It is an assertion of religious indoctrination.  This is a tactic that keeps people from considering any information that contradicts the beliefs of their cash flow system.

One man’s religion is another man’s mythology.  Looking at any religion from the outside gives us a clear perspective of the metaphors. Many people use the words spirituality, religion, and faith interchangeably. But, they differ in significant ways.  Has their use become meaningless jargon?  Or can they be used to bring meaning to the conversation?  It seems there will be no end to the conflict between spirituality vs religion.  What can you do to help?

Some people view Western organized religion as the fast-food of spirituality.  And, so believe authentic faith is beyond many organized religions.  We hope this discussion helps to clarify the use of these words.