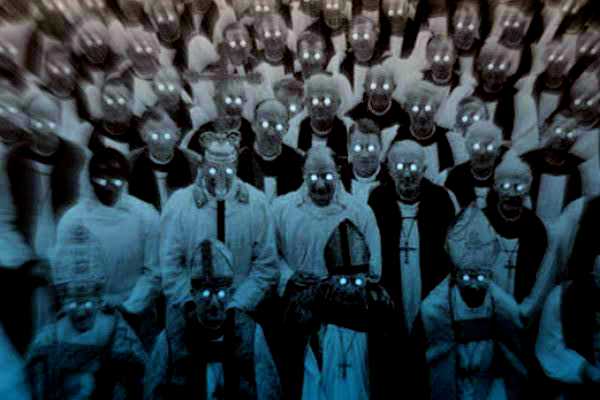 It takes a lot of work to maintain a system of belief.  Religious believers are proud to say they live by faith and not by sight.  They blindly follow that for which there is no credible proof.  This lack of evidence extends to any fact that contradicts their closely held beliefs.  How does this work?

Why do so many people become infatuated with religion?  How is it possible for so many people to ignore their religion’s inconsistencies and logical errors? What makes seemingly ordinary people entranced with the belief in imaginary friends and enemies? There must be something powerful going on.  How else can you explain why so many will defend their right to believe?

Your unbelief is what makes belief possible.  It is a requirement for those who hold mythology as superior to facts.   When someone elevates fiction over facts, they become a believer.    A believer is a term that applies to those with a worldview that denies accepted scientific facts, common sense, and logic.

Do not confuse the term unbelief with the term non-believer.  A non-believer is a derogatory term used to designate someone who does not believe in some version of Christianity.  It’s a worldview based on mythology and superstition.  But to belong to this belief system requires one to ignore all the facts against it.  How is this possible?

The Abrahamic religions assimilated their illogical beliefs and mind manipulation tools directly from these superstitions.  They are nothing more than the rebranding of these mystery religions. Over 4 billion people meet weekly to receive programming to sustain unbelief in these systems.  One of their most authoritative sources admits to its wholesale adoption of these systems.


“Symbolism in a greater or lesser degree is essential to every kind of external worship, and we need not shrink from the conclusion that in the matter of baptisms and washings, of genuflection’s and other acts of reverence, of lights and sweet smelling incense, of flowers and white vestitures, of spiritual unction’s and the imposing of hands, of sacrifice and the rite of the Communion banquet, the Church has borrowed without hesitation from the common stock of significant actions known to all periods and to all nations. In such matters as these, Christianity claims no monopoly or originality.” ― The Catholic Encyclopedia and International Work, Vol. 14 (1907).

Your Unbelief is a Tool of Control

The modern world exists because of a mountain of scientific discoveries.  Many scientific findings conflict with the belief in mythology.  So, believers spend a great deal of time and effort trying to ignore or rationalize away the facts that contradict their beliefs.

Believers often meet weekly to reinforce the boundaries of their beliefs. Still, the modern world is full of examples of why their belief system is flawed and inaccurate.  That’s why defending unbelief is what makes it stressful.  This stress is necessary because it’s what makes belief in fairy tales possible.

The mental stress of maintaining unbelief causes a psychological condition known as cognitive dissonance. This condition triggers the “fight, flight, or freeze” reaction to danger to any idea that contradicts the belief system.

Organized religion uses this tactic to control its members, which is a useful tool for mind control.  It is impressive to consider the number of facts and aspects of logical thinking one must give up to keep their mind from considering the facts.  It’s the reason it takes so much effort to handle the stress.

Unbelief is What Makes Belief Possible

Here are some things to help you determine if you are under the spell of unbelief. Sadly, group hypnosis is the foundation of the world’s dominant religious paradigms.  The Abrahamic religions use this programming to overcome the ability to use common sense.  It prevents believers from questioning the illogical and contradictory doctrines.

Not all religions are harmful. For example, Taoism and Paganism have the least barriers to becoming a freethinker.  Many Eastern philosophies encourage the development of your path.  So, unbelief is not central to all spiritual beliefs.  You can tell the difference quickly.

If their system conflicts with science or other facts, you know you are dealing with unbelief.  But as a member, these conflicts are treated as attacks against the belief system.  So, you will be programmed to reject any new information.  These mind control tactics are central to the paradigm.   They are used to protect and defend against facts and logic.  And this defines a system of unbelief. 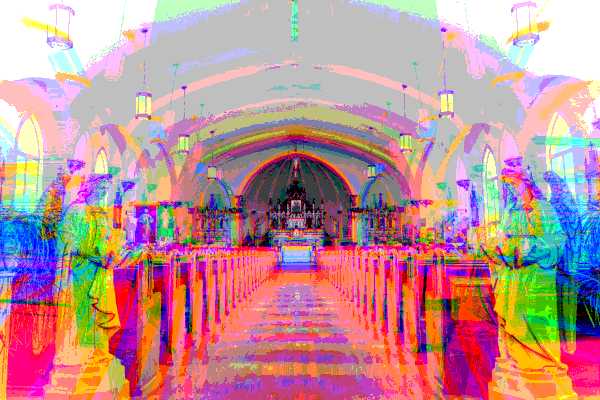 Unbelief is Necessary for Bate and Switch

The “bate and switch” is a classic tactic.  It comes straight from the ancient mystery religions.  First, they bate with the promise to meet your innate desire for spiritual exploration.  But instead, they give you the counterfeit which Afterlife promises.  The dead never complain. They use this same strategy for your basic needs.

They use the same tactic regarding your need for prosperity or health.  But, when you don’t get rich, then it’s because you haven’t donated enough.  When you get sick and don’t get well, it is because of your lack of faith or lack of giving.  Above all, these tactics keep you a paying customer.

These are just part of the standard brainwashing techniques.  They also use group hypnosis or groupthink manipulation tactics to shape your values and behaviors.  Your unbelief or disbelief in facts makes you susceptible to these techniques.

Does this above situation sound familiar? It’s what Western Organized religion uses as its primary strategy for attaining and retaining customers.   And that’s why we know these religions as the fast-food of spirituality.  They need you to believe that their mythology’s analogies are facts instead of metaphors.  If they can do this, they have a paying customer.   It requires the constant use of group hypnosis or groupthink manipulation.  The more contact you have, the more susceptible you become.

None of this has anything to do with meeting your need for an inner quest.  Religious stories, doctrines, or beliefs are a poor substitute for an authentic spiritual quest.  These are nothing more than distractions.  You can spot those who use these ploys because they all use the same sales tactics.  Here are the three principal tools they use:

1. Above all, membership and allegiance to a Supreme Being (God or Gods)
2. The justification for what is acceptable and unacceptable behavior and values
3. Required belief in the afterlife, or life after death with either rewards or punishment

Your Unbelief is The Basis of Fear and Anger

As mentioned above, cognitive dissonance results from programming in fear and anger.  Triggering the “fight, flight, or freeze” reaction is an essential element.  Using fear and anger as triggers is a primary tool to keep people under control.  For instance, fear is a tactic of demonizing people or ideas that conflict with their paradigm. It makes them unacceptable without understanding the content of their position.  It’s another reason to ask, is unbelief necessary to justify fear or anger? 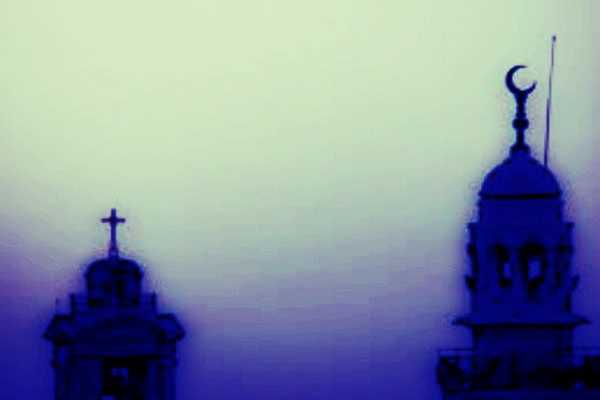 Here’s how it works.  First, you create a problem.  Then you provide the solution to the problem.  For example, the problem is eternal damnation in hell for those not worthy.  The answer is to join the paradigm, which provides an eternal paradise.  All it costs is your time and a sizeable portion of your income, plus your support.  This support includes acting to protect the belief system with violence if necessary.

So, the Afterlife becomes both the goal and the excuse.  It’s the goal of membership and the excuse to hate those who don’t believe as you do. Unbelief is what is becomes necessary to substantiate every flavor of bias and prejudice.  Now you can also become angry at those who hold a different worldview.  And, your religion gives you the excuse to commit gender discrimination or violence.  In this way, believers can have a clear conscience.

Above all, don’t let any organized religion pressure you into membership. Regrettably, there are cultures where their religious ideologies are firmly in control.  This cultural programming makes belief possible.

If you live in such a community, one must learn to project an outward assimilation effect while remaining open-minded.  Learn how to “see” through the programming.  Learn how to find resources and partners who can support freethinkers.  Ask yourself, is unbelief necessary to be a part of this group?  If it does, find another healthier group.

If spiritual exploration is of interest, check out the virtual learning sessions link. Our blended learning process is at the core of our mission, and it aligns with the Hero’s Journey (2).

What If The Spirit World of The Shaman Is Real?
Our Amazing Consciousness is Like a Rainbow ―
Spirituality Vs Religion Vs Faith ― Who Will Win?