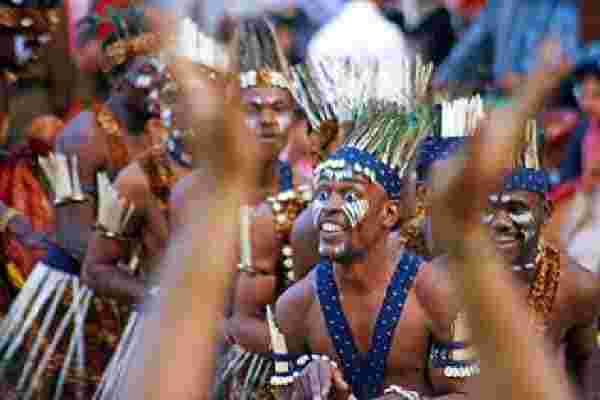 “Experience isn’t a measure of truth.  Your experience is the sum of your expectations, less the health of your awareness and level of consciousness. Effectiveness is the measure of truth that provides measurable criteria.” ― Guru Tua

Truth is a slippery subject.  It depends on how you define or measure it.  People find security in believing they know the truth.  Once they believe something, they form an opinion about it.  However, many often fail to investigate the facts that support their beliefs.

Our experience of reality plays a huge part in the decision process of determining truth.

Many scientists, freethinkers, and philosophers agree we only perceive what we expect.  Our mind’s eye is like a camera.  This camera has a lens and several filters through which we perceive reality.  The clarity of the lens affects what we expect to see.

The more defects in the camera and its lens, the more distorted the picture it produces. Therefore, our experience represents the health and clarity of our minds.  Several things affect this camera.  So, the perception of our experience is not a measure of truth. It is an elaborate fabrication.

Effectiveness is better because it gives us something tangible to measure.  Of course, what we measure still depends on the instrument’s condition.  If the camera lens is damaged or dirty, we will get a distorted picture of reality.   The data we obtain will be inaccurate.

What we need to do is find a way to clean and repair this lens or filter.  We do this through inner work with tools like the Enneagram and meditation.  The accuracy of our practice depends on its efficacy.

Effectiveness is the Measure of Truth

We are born with default settings of personality and instinct.  These are default filters that provide a connection to consciousness.  However, on top of these, we have the cultural narrative present in society.  No matter where you live, you are subject to various programming types.  This programming could be religious or political propaganda.

What we experience isn’t real but an individually crafted fiction.  Our senses are only one part of the equation.  We perceive everything within the mind using the filter of our worldview.

Propaganda has a massive impact on our thoughts, beliefs, and values.  This programming teaches us what to value, who, and what to hate.  So, what we experience should not be mistaken for an accurate representation of reality.  What we perceive isn’t a measure of truth. 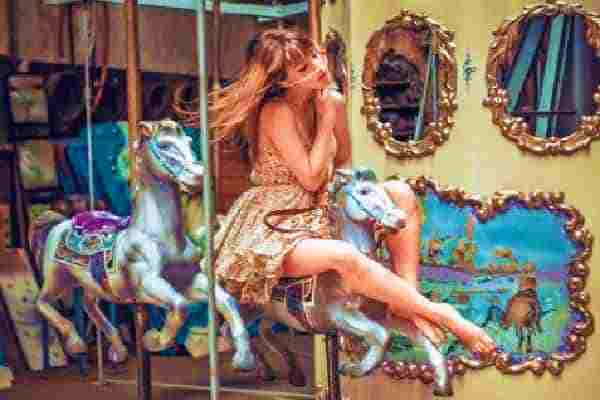 Without a doubt, our cultural programming is the most influential to our perception. However, to function within the culture where we live, it’s necessary to adjust or at least appear to conform to the values.

Negative cultural programming harms the health of our awareness and consciousness. The more distorted the cultural narrative, the more this affects our perception.   These distortions have a negative influence on our overall health and wellness.

Mental and Stress disorders are rampant in a society where the cultural narrative supports inequity. Inconsistencies and prejudices are harmful.

It means that what we experience isn’t a measure of truth.  What we “think” and what we value are tainted by the above filters.  As we mentioned before, the filter that corrupts the picture the most is cultural programming.  Religion is responsible for most of the negative cultural programming in our societies.

Religion is by far the most significant contributor to cultural programming. However, not all religions are the same. Some religions have a positive effect on the individual and the culture.  For example, systems like Taoism and Paganism promote the fair treatment of all people and the environment.

On the other hand, some other religions promote their moral superiority, values, thoughts, and justification for violence.  These beliefs are harmful to society as they hold back scientific progress and social equity.  They promote boundaries that harm our ability to reason. 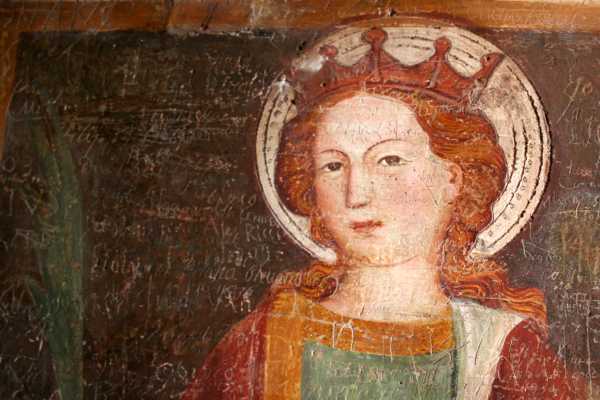 The Abrahamic ideologies (1) are an example of religions that program negative bias and prejudice. These are Semitic religions, Judaism, Christianity, and Islam.  These systems promote moral superiority to dictate thoughts, values, and justification for violence.

Unfortunately, they also have the most significant social mass.  These systems are well entrenched in society.  So, even if you are not a follower, you are more than likely still affected by the colossal social reach of these paradigms. The level of influence in your life depends on your exposure.  Their effectiveness is better because they dominate the cultural narrative.

Religion is addictive, and it promotes several social and psychological aberrations. They use self-hypnosis and group hypnosis or groupthink Manipulation to encourage prejudice and bias. It manifests in the following types of distortions:

The bottom line, you can see how Western Organized Religion is the most prolific filter of perception.  It’s the dirt on the minds-eye distorting thought and values, and this is why it is so important to learn how to question the cultural narrative.

Intelligence is not an Antidote

The young are easy to brainwash. Unfortunately, this is a common practice.  Young minds are easy to program, especially those they trust.  Children trust their parents and adults who appear to have their best interests in mind.  Adults teach them not to touch fire and be careful near places where they could fall.  The adults they trust also immerse themselves in religion’s doctrine and dogma.

Children born into families with sincerely held religious beliefs nearly always become converts.  They receive instruction from an early age; they have no freedom of choice.  No other worldviews are available.  They are not able to distinguish fact from fantasy.  Their minds are susceptible to the programming of religious propaganda.

They have no reason to doubt their parents.  The people they trust would certainly only tell them the truth.  The need to believe becomes ingrained as part of individual identity.  Believing in the propaganda of their religion becomes a necessity, not a choice.

The other large population susceptible to religious programming are those in crisis.  People find religion when they are vulnerable because you are easier to brainwash when in emotional turmoil.  It doesn’t matter what the problem is.

The crisis could be financial, emotional, or health.  The reason for the dilemma doesn’t matter. Religion is there to lend a helping hand.  It’s waiting to make converts because believers eventually make them paying customers.  You pay with money and with conformity to the religious stereotypes they provide.  Once they obtain a critical mass of the population, they can program any agenda.

Consequently, we see that the need to believe ― overcomes reason.  Many people live in cultures dominated by these paradigms.  So, appearing like you are a part of the crowd is not just a way of life; it’s a necessity.

Effectiveness as a Measure of Truth 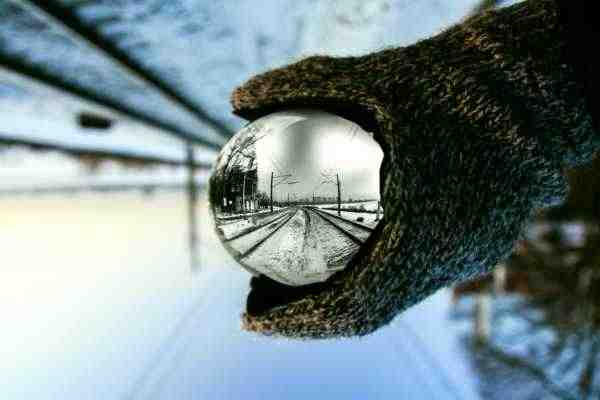 So, our experience isn’t a measure of truth.  Our experience is the result of the filter of our worldview and our relationship with the immediate environment.  It’s a choice.  We can act and be a positive influence, where ever we are.  Consequently, we can be a conduit for the virtues of the spirit rather than the negative aspects of the cultural narrative.  Through these virtues, we discover our “personal truth.”

History shows us that religion fails in its mission.  It does not bring about positive change in society.  It does not present any practical tools to change consciousness.  Its practices are predatory.  Its underlying aim is to create and sustain cash flow.

What we need are tools that help us make positive changes. And we have several ancient technologies that have a positive effect on our instrument of perception.  If something produces the desired result, it is valid.

Effectiveness is the measure of truth only if we remove the bias of the cultural narrative. The processes of spiritual exploration can accomplish this goal.  When we use techniques like comparative analysis, we identify the fundamental concepts of our beliefs.  These are repeatable and measurable.  They do not require belief in religious doctrine.  So, everyone who can follow a process can use them.

In Conclusion ― Effectiveness is Better

Choose a path that uses processes that yield results that are it is tangible and measurable.  Don’t get sidelined with feelings from experience. 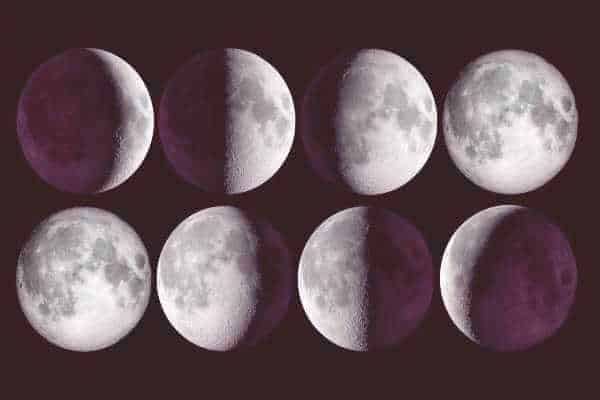 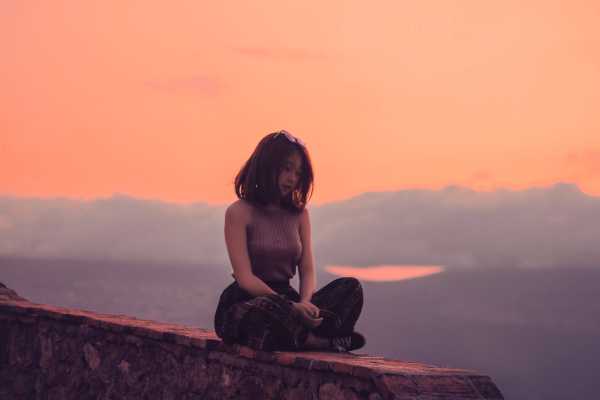 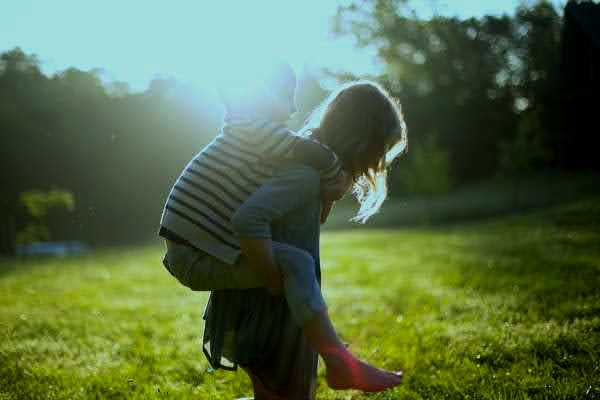 You Can Find The Key to Success in Your Childhood Playtime