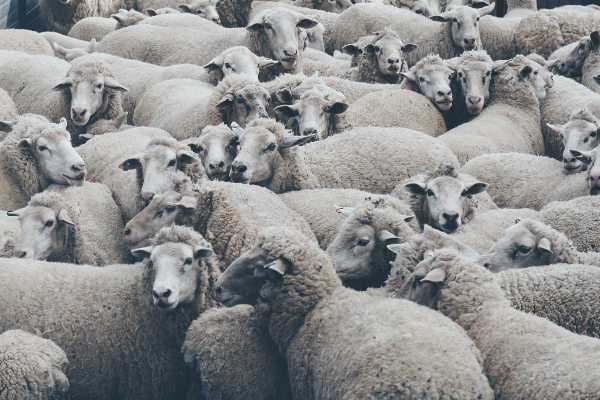 Group hypnosis is a social programming tactic developed in ancient times.  It is still in use today.  It’s a tool of propaganda for profit and control. Learn how it affects your life.

The suite of mind control tactics called groupthink manipulation is one of the most powerful psychological tools ever developed. These techniques date back to the Babylonian, Assyrian, and Persian empires’ mystery religions.  These hypnosis tactics are just as effective today as when they were first pioneered.  So are you a victim of programming?

A group setting is an ideal platform used to program an individual’s thoughts and behaviors.  This programming can be covert or overt.  It uses specific elements of psychological manipulation and peer pressure.

TV preachers are an example of overt manipulation.   A preacher will promise supernational intervention in exchange for financial support.  Some even flaunt their wealth (1) as a way of showing how easy it is to get wealth.  They use emotionally charged language and repeat their request until people respond.  It starts a chain reaction; the more people who give, the more will follow along.

Self-hypnosis and group hypnotic tactics are the two components of this strategy.  This programming is so powerful it overrides our natural social instincts for ethical behavior. It places the thinking and behaviors in the hands of those who control the group.

The group leader can shape thinking and actions by linking and then triggering emotional reactions of fear or anger.   The essence of groupthink theory is manipulating and installing reactive thinking to achieve the desired response.  It uses both group and self-hypnosis techniques to achieve control.

The pressure to conform and belong to the group often results in irrational or dysfunctional decision-making. It discourages critical thinking while negating the individual’s responsibility for their actions.  This type of brainwashing uses systematic psychological tactics. It incites members to adopt radically different ideas and actions.  One of the main tools of propaganda for profit is censorship.

The general formula of groupthink theory is simple but effective.

The group leader or speaker then uses peer pressure to solidify the action.  The topics that work best are those that drive emotions.  Unfortunately, these are often are extremist ideologies. This keeps people from questioning the desired agenda or direction of the group.

How does Group Hypnosis Work?

These tactics work because people feel “special.” Their acceptance or inclusion gives them a sense of acceptance.  So, people take on the values and behaviors of the collective.  These characteristics are often different and more extreme than most people in the collective.  But they go along with the actions of the group, anyway.

The direction of the target population is in the hands of the person or persons who use propaganda to manipulate. Profit and control are always the hidden agendas behind these tactics.

People feel emotionally charged, stimulated.  So, the feelings of stimulation and belonging can be very addicting. These tactics are what we call “group mind” or “the mob effect.”

In the 1800s, French social psychologists identified this social programming technique. Jean-Gabriele de Tarde and Charles-Marie Gustave Le Bon (2) describe it as group mind, herd, or mob behavior. These researchers give us a way of identifying the effects of these types of psychological techniques. They prove that group hypnosis manipulation tactics definitely work.

When you become a part of a group, the natural tendency to belong blurs your individual identity.  The belief system becomes your identity.  The group leader can exploit this vulnerability and insert their agenda as a part of the belief system.  You accept it willingly because you have lost your ability to weigh the facts.  This gives groupthink its power to motivate using emotionally charged discourse.  Fear or anger triggers in the language compel people to act without considering their actions or consequences.

In an emotionally charged crowd, the individual tends to sync with the group. This can lead the group to behave in ways the individual would not. So, inclusion in the group is not without a price.  This is why these herb group tactics are so dangerous for any civilization.

These tactics often use a scapegoat on which to project negative emotions.  This focal point gives a charismatic leader an enemy to blame.  Adolph Hitler is an example of a leader who was an expert at these tactics.  It is the tactic of con-men who hone their craft in public.  Religion and politics are the two public spaces where this occurs most often.

Where Do We Find Groupthink Theory Today?

Group hypnosis is the engine that allows groupthink to work.  And it’s more common than you realize.  This strategy at work in Western organized religion, politics, and even street gangs.  Above all, religion is the biggest enemy of progress.  It’s the chosen-one mentality and belief in the imaginary being known as God.

We even see celebrations of sports teams that turn into vandalism. The negative sociological effects of this type of psychological manipulation are undisputed.  Once immersed in the emotionally charged environment, it becomes addictive.  The effects can last long after people leave the group. Thus, providing fuel to individual acts of violence.

Religious people claim that it’s just the fundamentalists of each religion that cause problems. But there’s got to be something wrong with the religion itself if those who strictly adhere to its most fundamental principles are violent bigots and sexists. — David G. Mcafee

Religions have used these tactics as propaganda for profit and control.  They use it to protect their paradigm up to and including genocide. Christians and Muslims commit genocide against one another. And they do it under the guise of protecting their invisible friend.

These religions have splintered into thousands of separate sects.  Each sect believing they alone are “right.” And, because everyone else is wrong, this provides the basis to act, to protect their doctrine. If you are a follower of one of the Abrahamic traditions (3), the following list of tactics should be illuminating.

If you find yourself subject to any of the following characteristics, you expose yourself to these tactics.  The only way to avoid them is the recognize how this manipulation manifests.  Remove yourself from the exposure.

The easiest way is to avoid being manipulated is to avoid the source.  The main sources are the Abrahamic religions.   We see this manifest in the violent behaviors of extremists.

Now because you are chosen, you must also be invincible.  This inspires members of the group to be overly optimistic.  Members engage in risk-taking outside their personal norms.  They are willing to participate in violent acts on behalf of the group, in the name of their imaginary friend.  Membership resolves people from individual responsibility for their actions while encouraging participation.  A charismatic leader will use this element repeatedly.

Requiring members to avoid and ignore any inconsistencies in the group’s dogma.  Likewise, they are taught to ignore the consequences of individual and group actions. The edict follows the beliefs and leadership actions without questioning the logical or moral implications.  Hence, members are often required to recite dogma, doctrines, or creeds regularly to confirm their assimilation.

The idea behind this type of hypnosis is to integrate the individual’s life as much as possible.  This acts just like social glue.  The idea to have the individual’s personal and business life tied into the group.  Integrating into as many aspects as possible cement them into the group.  They are far less likely to push the boundaries of the group.  In fact, this makes them a reliable source of cash flow and easily manipulated into other, less socially acceptable behaviors.

Rationalizing actions replaces remorse.  It provides logical fallacies as a means of justifying group actions.  This effectively prevents members from reconsidering their beliefs and behaviors.

The misuse of logical argument causes members to disregard warning signs of manipulation.  Facts that contradict the group’s dogma are off-limits or reasoned away in some way.  The result is the intentional misrepresentation of mythology as fact.

This leads the group members to demonize individuals, that do not support the group goals and values.  It provides a scapegoat on which the group’s negative emotions can focus.

Self-censorship keeps people from entertaining thoughts that conflict with the group.  New ideas can cause people to doubt the direction of the group. So, self-censorship causes members to hide their concerns.   The loss of acceptance in the group has consequences.

Loss of membership means loss of significant social and sometimes also business connections.  This fear can extend beyond expulsion and ostracization from the group.  It can include violence.   Extremists become addicted to the process of being hypnotized.  They see the rejection of these tactics as an attack on their imaginary friend. This relates to the chosen one mentality.  So, self-censorship of thoughts is paramount.  And, they are aware of the Mind-guards that identify problematic members.

People act as group censors.  This job may be formal or informal.  They circulate in the organization.  These individuals discourage or hide problematic sources and information from members and the group(s).  They inform the leadership of members who may be questioning the boundaries of thought/belief.

Lead members to believe that everyone in the group is in total agreement.  Public demonstrations and examples use group hypnosis to align members.

To ensure compliance, groupthink requires members to attend frequent meetings.  Here the leader repeats and reinforces the edicts of belief and boundaries.  No matter the superficial reason for the meeting, they always circle back to reinforce the underlying themes.

These meetings are often mandatory.  It is also common to set up small group meetings.  Small group leaders are often also Mind-Guards.  Peer group pressure is a common strategy.  Peers ensure attendance. And regular attendance creates relationship bonds. These bonds are a means of control. It makes sure the group is continually exposed to groupthink techniques. This further cements them to the membership.

Propaganda for Profit and Control

The underlying agenda of these tactics is always for profit.  The leader of the group always has an agenda.  They control the group through the tactics for a specific purpose, which always leads to profiting somehow.   Follow the money.  If you ask yourself, how does the leader or leadership of the group profit from my actions?  This will clue you into the potential use of these tactics.

Group Hypnosis is almost invisible in the modern world.  It permeates the fabric of so much of the culture that we fail to see it. It becomes a part of the cultural narrative.

Not everyone is willing to acknowledge it, even if they recognize its tactics. Hopefully, more people will begin to how Western Organized Religion uses these tactics to control and oppress.  Even if you still align with the underlying mythologies, you must admit that brainwashing tactics are being used.

The study of logical reasoning can help people overcome Groupthink manipulation programming.  The use of Comparative Analysis, a structured platform of religious comparative study will help illuminate superstition and mythology.


If this article resonates, there are more on our blog. To find out more about our organization, see our page FAQ.  Register on our site to receive discounts on training and unadvertised material. We comply with all GDPR guidelines and never share or sell your contact data.

Interested in spiritual exploration?  Check out the blended learning process at the core of our teaching process. It reflects what Joseph Campbell called the Hero’s Journey (4).  Our learning options include both face-to-face and virtual learning sessions.  Please consider donating and supporting our mission.