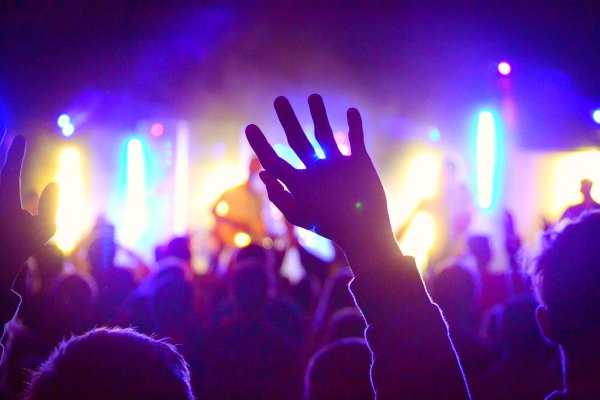 A belief system creates boundaries, and these establish values and restrict thought. People are taught to protect these boundaries regardless of their validity.  Can we overcome this thinking?


“You can’t convince a believer of anything; for their belief is not based on evidence, it’s based on a deep-seated need to believe.” ― Carl Sagan (1)

Belief is a powerful tool.  It can help us overcome obstacles in our life.  Or it can become tools to control us.  The Abrahamic religions (2) did not develop the self-hypnosis or group hypnosis techniques of groupthink manipulation.  They borrowed them along with everything else from the earlier mystery religions of the Medditraian region.  These mystery religions come from Assyrian, Babylonian, Egyptian and Persian mythology.  These were the real developers of Western theology.  The Abrahamic faiths just rebranded them.

These powerful brainwashing tools can install beliefs to override our ability to use common sense and logic.  It has been a tool to keep science and reason from exposing their mythologies’ truths.  It doesn’t matter how intelligent you are.  If you expose yourself to these brainwashing techniques, they will make you a believer.

In our modern world, you’d think people would have sufficient exposure to the facts about religion.  There is a lot of historical and archeological information available today.  Strangely, this information is not available to everyone, especially those who need it most.

The power of groupthink manipulation trains people to reject anything that threatens their worldview. The need to believe is an insurmountable obstacle for “reason and common sense.”  Some people will defend their beliefs with violent behavior.

Freethinkers from the 19th century thought the age of reason would overcome mythology belief.  But, they underestimated the power of brainwashing.  There isn’t any fact that would change someone’s mind entrenched and integrated deeply into a religious paradigm.  Trying to argue with common sense from the standpoint of logic, science, or other archeological evidence is futile.

Once you buy into this idea, you trap yourself into a dualistic mindset.  This framework limits your ability to entertain the full spectrum of perception, and this is how belief overcomes reason.

We need to find ways to break through the programming and overcome the fears that keep people locked into mythology.  Above all, it’s about questioning the cultural narrative, which requires belief in an imaginary friend.  And, it’s about learning that belief is the wall separating you from real spiritual development.

The Need to Believe in a Higher Power

Let’s understand how the need to believe begins.  Belief is an artificial construct.  To believe is to accept something that exists without objective proof.  So, this is the tool religion uses to tie mythology to values.

Belief starts with animism.  It’s the theory everything has consciousness which is not such a farfetched concept.  We categorization of things and then try to find associations between them.  We are searching for cause-and-effect relationships.  When we can’t find a physical connection, we fabricate associations.  These fabrications are the problem; they are the basis for superstition.  In this way, belief gives us answers to complicated things.  The answers may not be correct, but they are still answers.  For example, a black cat crosses your path.  Some traditions tell us this a bad omen, a warning of something terrible will happen.  So we end up with superstition and mythology as explanations for things we don’t yet understand.

The belief in a higher power works the same way as the black cat crossing the road.  It’s a way of explaining away hard questions. The need to believe in a higher power is a substitute answer.  It is an answer to the question of the unknown.  They merely insert the term God for the things they don’t understand.  Once you get people to believe in talking snakes and animals traveling thousands of miles across the globe to get on a boat, you can get them to believe anything.

The higher power becomes the answer to all the hard questions. It eliminates the need to seek real answers. Maintaining this level of denial requires considerable effort.  Religion targets two main groups to build a group of believers.

The young are easy to brainwash. Unfortunately, this is a common practice.  Young minds are easy to program, especially those they trust.  Children trust their parents and adults who appear to have their best interests in mind.  These people teach them not to touch fire and be careful near places where they could fall.  The adults they trust are immersed in religious dogma.  So they teach them the need to believe in a higher power.

Children born into families with deeply held religious beliefs typically become converts.  They receive instruction from an early age—no freedom of choice.  Children have no other frame of reference. Children are less likely to distinguish fact from fantasy. So, it is easy for them to mistake mythology for facts. The people they trust would certainly only tell them the truth, right?  The need to believe becomes ingrained as part of individual identity.  Believing their religion becomes a necessity, not a choice.

Some people believe that subjecting children to religious programming is child abuse (3).  Richard Dawkins says many scientists like him share this opinion.  Others believe that as long as there is no apparent harm to the child, it is not child abuse, merely the coordinated teaching of established tradition.

People in a crisis are vulnerable and easy to brainwash.  It doesn’t matter what kind of problem.  You come for support, and they give you belief as a substitute.  The crisis could be financial, emotional, or health.  Religion is there with answers.  It’s waiting to make converts because believers eventually make them paying customers.  You pay with money and with conformity to the religious stereotypes they provide.  Once they reach the population’s critical mass, they can program any agenda.

Tactics to Enforce The Need to Believe

The first and most critical tactic is to install the belief in an imaginary friend. Religious devotees learn there are three main concerns:

If you get people to treat mythology as a fact, you can install any other beliefs.  You can train them to attack anyone or anything that threatens this worldview.  It’s why belief overcomes reason.

Many religions use tactics to integrate personal and business relationships.  They seek to tie these relationships to their paradigm.  If you believe something outside the boundaries, you are not just excommunicated from the religious body.  They ostracise and isolate people as a means of punishment and keep subversive ideas from spreading.  And then restrict or deny people from conducting business.  So, the fear of the loss of personal and financial security is a great tactic to keep people integrated.

Another great tactic is the demonization of all other competing religious systems.  A religion applies this to all other sects of the same faith. For example, the Christian paradigm is spawning an increasing number of denominations.  Each one believes they are the correct and only interpretation of this mythology.  The war between Catholic and Protestants sects is a historical example of this mindset.   However, the concept of demonizing other belief systems stretches back much further in history.

The other significant adversaries of religious indoctrination are science and reason.  So, Western Organized Religion has gone to great lengths to undermine these resources.  It uses pseudoscience in place of verifiable science.  Creationism is only the latest installment.  For eons, the Chuch insisted the Earth was flat, then that the Earth was the center of our universe.

We Only Perceive What We Expect

Intelligence is not a safeguard against religious programming.  Everyone is susceptible to brainwashing tactics.  The more exposure one has, the more likely it will affect your thinking. It’s the premise on which they build all advertising. These tactics come from research done in the 1920s when the effects of propaganda could be measured.  The analytics behind modern advertising prove it can change behaviors.

The effects of social indoctrination are so effective that they overcome common sense and logic.  Since we can only perceive what we expect, religious indoctrination creates boundaries of perception and values on what we can see. It results in an inverse relationship between reason and religion.

Overcoming the Need to Believe

Recognizing the Effects of Cognitive Dissonance

Despite the massive effort to indoctrinate and maintain their membership, people find a way out.  Most times, the attempt to maintain the inconsistencies becomes too much.  Doing this results in a psychological condition known as cognitive dissonance.  Your mind tries to hold multiple conflicting ideas simultaneously.  It’s possible to free the mind from this dilemma.  But, this takes courage.  It can be very stressful, especially when it involves facts that contradict beliefs. If there’s a break in the systematic indoctrination and the mind has time to be reconciling the differences, there can be a “Eureka” experience of awareness.

Challenging core beliefs can cause breakthrough awakening experiences.  Many Sunday school teachers leave the church.  They awaken after being confronted by probative questions of children.  For example, questions like, why did God flood the entire world to punish a few bad people?  If God is all-powerful and can see the future, why did he create Satan, knowing he would cause evil?  If God forgives, then why didn’t he forgive and convert Satan?  After all, murders can be saved; why not Satan?… And are all the people who lived before Jesus doomed to hell?

The Desire to Know the Facts

Conducting independent research is the best way to awaken people to the facts behind their mythology.  Our innate desire to explore the unknown prompts journey of discovery.  Western Organized Religion doesn’t want you to start questioning things.  They don’t want you researching things with outside sources.  They want you to come to meetings. They use groupthink manipulation to reinforce their worldview.  They want to keep you busy and integrate their beliefs into your life.  In this way, you are less likely to find challenging information or get curious about other points of view.

Do not discount the power of groupthink manipulation tactics.  They can persuade otherwise intelligent people to accept mythology over facts.  It’s how belief overcomes reason.  This type of brainwashing starts with the need to believe in a higher power.

Are you interested in spiritual exploration?  Check out the blended learning process at the core of our teaching process. It reflects what Joseph Campbell called the Hero’s Journey (4).  Our learning options include both face-to-face and virtual learning sessions.  Please consider donating and supporting our mission.

Music As A Tool for Inner Work
Spiritual Rites of Passage And Spiritual Transitions
What If The Spirit World of The Shaman Is Real?