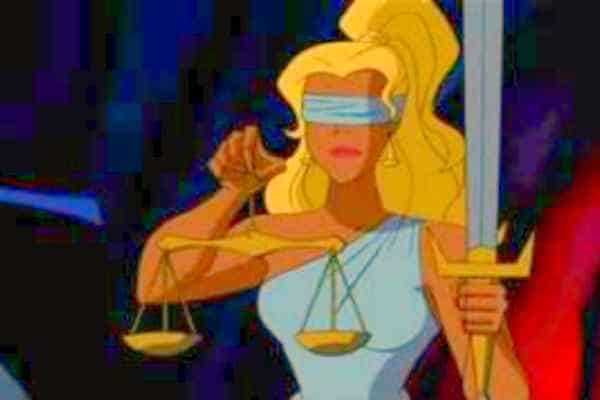 We are programmed to judge, but we are not like Themis, the Greek Goddess of Justice. Themis wears a blindfold symbolizing unbiased thinking as a symbol of blind justice.  Our programming is much different.

We have two levels of programming.  First, the hard-wired scripts are part of our dominant personality and instinctual stack.  It’s our default programming. When we are healthy, this programming isn’t tainted and harmful. But this programming can become corrupted by trauma, mental illness, or tampering.

The second level of programming comes from our culture.  Our family and trusted authority figures program our cultural narrative.  The narrative is where we get the programming that colors what we judge as right and wrong.  These value judgments can override the default thought scripts of personality and instinct.  The cultural narrative can install harmful prejudices that justifies bigotry and discrimination.

To judge is to form an opinion about something.  We are constantly judging everything. The values of our judgments come from the programming of our worldview (1).  Our worldview (or paradigm) acts as a filter, it’s the lens through which we view reality, and it helps us determine what is safe or what is harmful, what is good, and what is evil.  These scripts operate at both the conscious and unconscious levels of the mind.

The primary source of harmful programming comes from our cultural narrative. The entity responsible for this programming is religion.  Western organized religion (2) uses group hypnosis techniques to install thinking and value judgments on conscious and subconscious levels. This programming becomes the boundaries of thought and values.  In this way, our mind can make automatic judgments.  It is so powerful that it overrides our instincts and personality.

So, what we think is normal is simply an arbitrary judgment and illusion created by the dominant cultural narrative.   This programing isn’t constant; it is different from culture to culture and over time.  We cannot deny that we are programmed to judge.  The three primary religious belief system contains negative bias and prejudice.  Our cultural narrative justifies treating others differently, for ravaging the planet in the name of profit, but this doesn’t change our responsibility to fix it.

How does religion reprogram our basic instincts for sharing and caring?  Our basic survival instinct operates on the subconscious level.  This ability helps us to assess danger on a subconscious level. It’s that gut sense that tells us something is wrong.

Unfortunately, our survival instinct is prime for misuse.  Propaganda uses the information to influence thinking, beliefs, and values.  It often uses language or situations to elicit an emotional response, which triggers our basic fears and insecurities.  It manipulates our fight, flight, or freeze response.

It uses a wide range of materials and media for conveying messages.  New forms of media create more ways to program. You can see this in podcasts, paintings, cartoons, posters, pamphlets, films, radio shows, TV shows, and websites.

Looks can be deceiving, and our cultural programming comes from sources seeking to dictate our thoughts, beliefs, and values. These judgments differ from the unprejudiced philosophy of the Goddess Themis.  It doesn’t take much investigation to see these entities’ motives to promote negative bias and prejudice. 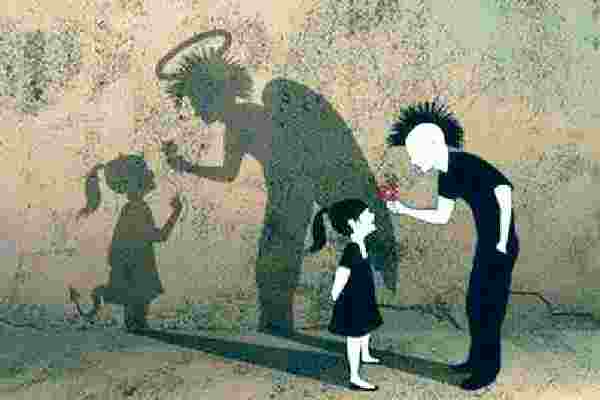 The only way to deal with this issue is first to acknowledge it exists.  Then, be brave enough to recognize the sources in our lives and use strategies to deal with them.  It’s just three steps. But none of them are easy.  We live in cultures that saturate us in programming and propaganda.  The programming comes from many sources, and it comes continuously.  They build these judgments into the fabric of daily life. We become so familiar with it we don’t recognize them.  We don’t see how social manipulation is controlling our lives.

The first step is acknowledging that cultural programming exists, which is often the hardest step. What the primary sources of this propaganda?  Unfortunately, it comes from many sources.   It comes through social institutions like religion, which influence our society and government.  It comes at us under the guise of “news.”  Together they represent a formidable combination of ongoing brainwashing. Brainwashing is a method of systematic indoctrination.

Brainwashing techniques can be overt or covert. It all depends on the time and level of emotional attachment one has to the programming.  Propaganda, mentioned earlier, is a form of covert brainwashing.

Religion represents the single most influential social institution; it is the source of the cultural narratives’ negative bias and prejudice.  However, not all religions are harmful.  Only those that create boundaries and restrictions dictate values and thought.  As a result, these are harmful because they adversely affect our ability to reason.  Some religions have more limitations than others.

For example, Taoism and Paganism have the fewest constraints over freethinking. With these systems, you are free to explore and develop your path. In comparison, the Abrahamic (2) religions have the largest number of boundaries and harmful prejudices.

Step one is admitting that this cultural filter exists and inherently harmful.  If you acknowledge the programming exists but think it’s okay, then you are still under the influence of brainwashing.

2. Identify the Sources of Programming

Step two, identifying the specific sources in our lives. As we said before, most of the negative social programming comes from organized religion.  When we can SEE the judgments, we choose to accept or reject judgments and values.  See how we are programmed to judge and why it is a real Eureka moment.  You’ll realize we are programmed to react just like a trout.

Here are the questions you need to ask yourself:

If you answered yes to any of these questions, you live in a culture influenced by negative bias and prejudice.  These harmful elements are not accidental, designed to protect those who are profiting from controlling you.

Take an honest assessment of your exposure to cultural programming and the depth of its integration into your life.  Realize that social programming is propaganda.   Propaganda only works if reinforced continually—otherwise, the inconsistencies surface.

The effects aren’t hard to see if you look at your values.   You have no choice in some cultures but to “follow” its dictates.  Otherwise, you suffer severe consequences.  If this is the case, all you can do is protect your mind while projecting obedience. Above all, if you continue to deny that this programming exists, then you remain entirely under its control.

Recognize the Tools of Western Religion

Western Organized Religion uses several tools for individual and social programming. These are the Western organized religions of Semitic origin, Judaism, Christianity, and Islam.  These religions are not new; they are the rebranding of earlier Assyrian, Babylonian, Egyptian, and Persian mystery religions.  Together they represent 4 billion members.  That is one half of the world’s population of 8 billion people. 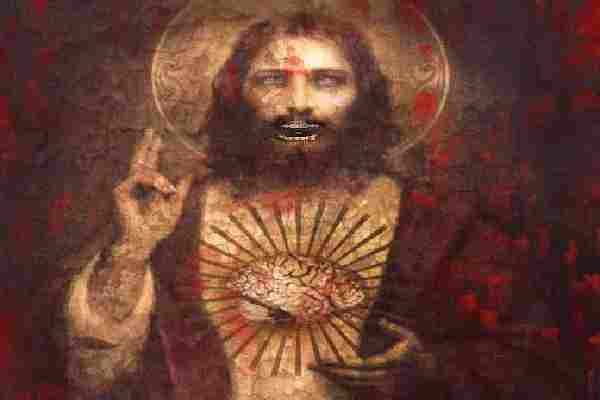 Many historians point out that the original purpose was to create a cost-effective cash flow system.  To accomplish this, they use “continuous indoctrination and programming” to mold values and thinking.  They effectively establish boundaries, restrictions, and limitations on independent thought.  They “tell” you what is wrong and what is right.

These religions dictate personal and social values that have ripple effects throughout society.  These are recruitment and retention tactics that the Abrahamic faiths adopted and the mythologies.

The effect of self-hypnosis depends upon how emotionally invested you are in the propositions they are selling.  These systems sell hate, spawn genocide, wars, and discrimination of races, ethnicity, and gender.  All the while proclaiming they are agents of love.  Those invested in these paradigms can cherry-pick the doctrines to fit their needs.  Most people who ascribe to a religion accept its negative bias and prejudice.  That’s because they are a part of the “whole.”

Even if you don’t ascribe to one of the Abrahamic religions, you probably still feel its effects. We must learn to question why we value things, people, actions, and situations. No matter who or where you are, you have been subject to cultural programming through several sources. This programming is a filter determining the boundaries and values of things, people, places, and behaviors. This filter programs us to judge everything.

You can transform your thinking by learning to question what you believe. Challenging the cultural narrative can be challenging and scary.  But examining our cultural folklore is worthwhile.

Every great teacher of the world’s major taught this principle. All the sages taught spiritual revolution outside of organized religion.  Instead, the message of enlightenment became a message of enslavement.  And religions misuse this to create mass hallucinations of superstition. So, the only way to minimize cultural programming’s scope and reach is to acknowledge it, then change it.  To do this, you need to reinforce your critical thinking abilities.

Enhancing your critical thinking skills is the antidote. It can reverse the effect of religious programming.  Study and use all critical thinking tools. We recommend logical reasoning, logical axioms, and tools for spotting logical fallacy.  These tools will likely direct you to conduct your research using outside the religious paradigm you hold.

You’ll be well on your way to determining fact from fiction.  Then, resist the prejudice and bias in any way that you can do so within your circle of influence.  Questioning the cultural narrative takes courage.  Be careful and safe in your resistance.  Be pro-fact in your approach, not merely anti-religious.

An obvious question is it possible to eliminate all bias from your thoughts and values?  It is theoretically possible, but perhaps improbable.  It is almost impossible to live anywhere on the planet where you are not exposed to cultural programming.  Our task is to reduce as many of these boundaries as possible.  Plus, we have our hard wired programming from our Ego.  It’s the harmful programming of the cultural narrative, and we are each responsible for fixing it.

Some people have deeply ingrained biases and prejudices.  It’s harder to overcome brainwashing when the beliefs are part of your identity.  When beliefs become a part of your personal identity, you will defend them regardless of the facts which show them to be harmful or false.  If you continue to deny you are programmed to judge, you can never see beyond them.  The only way out is to acknowledge your programming.  If you do this, then you have the choice to change it.

Also, if you’ve lived in a society dominated by one religious worldview, it is not easy to be a freethinker.  You may want the world to see you aren’t a robot, but it may also be dangerous to be socially outspoken.  Don’t let this deter you.  Be the best person you can be.  Do what you can, where you are, within your circle of influence.  Always remember to be safe.  Some cultures still take a hard line of retaliation against anyone who questions the cultural narrative.

We are all programmed to judge.  However, we can change this programming.  We can remove the bias and prejudice of superstitious religious mythology.  It takes courage to confront your own beliefs and values.  If you find your programming contains these negative judgments, you alone are responsible for changing it.

Faith Cannot Overcome Fear ― Facts Overcome Fear
Your Tools of Consciousness ― Mantras and Sutras
What is Inner Work — Is it Safe?