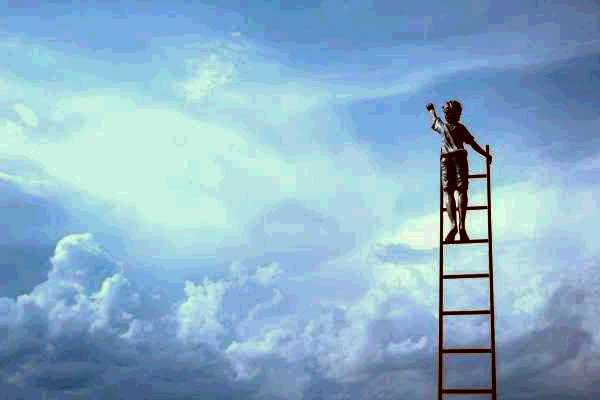 There are important distinctions between enlightenment and enchantment.   Find out where you are on this continuum of awareness.


The arena of spirituality is confusing.   Spirituality is a term with deep intrinsic meaning. The basic part of this term is the word spirit.  This refers to the non-physical part of our mind.

Many people believe we are spiritual beings having a physical experience.  At our core, we are Spirit.  People think their religion is leading toward enlightenment. But if you look deeper, you will find religion is a form of self-hypnosis—belief in mythology results in a trace state of bewitchment.

As far as opposites go, these two concepts couldn’t be further apart.  However, the arena of spirituality and religion is famous for ascribing various meanings to terms.  Some believe this is an obvious attempt to counterfeit or plagiarise.  Regardless of the motives, it certainly is helpful to step back and review the real meaning and usage of the terms.  So, let’s start by reviewing the most widely accepted definitions.

To be enchanted is to be in a “heightened state of euphoria or delight.” The dictionary goes so far as to say it’s as though one is under a spell.  Perhaps rightly so, when one feels this type of euphoria, it suspends the mental processes responsible for common sense reasoning.  This is identical to the effects of self-hypnosis and group hypnosis.

Self-hypnosis reduces peripheral awareness and conscious thought. This state enhances the capacity to respond to suggestions.  Thus, it is a primary tool for those who what to reprogram thoughts, ideas, and values.  So, they reject anything that threatens their enchanting state of euphoria.

This state can be voluntary or involuntary induced.  When you are in this trance-like state, you are susceptible to the power of suggestion.  This is brainwashing (1). Brainwashing is a method of systematic indoctrination.  Brainwashing can be used overtly or covertly.  Your susceptibility to this indoctrination depends on the amount of time and level of emotional attachment one has to the programming.  Propaganda is a form of covert brainwashing.

The outward manifestation of this state can take many forms.  For example, we see people “fall under the spirit” when touched by a preacher.  They fall to the floor in a trance induced by touch. This is a conditioned response. This bolsters the cause-and-effect belief relationship between falling and the self-hypnotic state.

Beyond its emotional impact, the intent to implant thought patterns and values. These brainwashing methods override the individual’s ability to use common sense and reasoning.  This is because these skills would expose the aims and agendas of the programming.

Enlightenment is a process. It is the continual expansion of awareness. One gains clarity, understanding, wisdom, education, learning, knowledge. The state of enlightenment can include attaining higher states of awareness and consciousness.

Those who achieve some level of enlightenment often do so by engaging in practices that expand awareness.  This enables them to experience reality beyond the mechanisms of instinct, personality, or ego. They can differentiate the dichotomy between the watcher, observer, and the mind or ego. They use processes to enter a higher state of consciousness.

An example of a higher state would be the 4th state of consciousness. This would be at the top of the continuum of awareness.

Transcendental consciousness is known as the 4th state, pure or bliss state of consciousness.  This is a partition of consciousness with unique metabolic characteristics. These include increased coherence of brainwave pattern and brain frequency operation in the theta-wave area around 4 to 7 Hz.

This partition of awareness is most notable for its profound rest while the mind remains alert but without thought. Scholars from Joseph Campbell to Maharishi Mahesh Yogi call this state bliss consciousness. This is because the individual is self-aware without having the normal inner dialogue. In this state, the practitioner’s awareness expands. The best way to reach this state of consciousness is Japa Meditation or a more commercial version of the branded version known as Transcendental Meditation.

Being Enchanted Differs from Enlightenment

So, we see there is a substantial difference between these two terms.  They are opposite points on a continuum.  Enchantment is a hypnotic emotional state.  Enlightenment is a tangible, measurable change in awareness, perception, and consciousness. Your task is to examine your paradigm find out where you are on this continuum.  Are you living in a state of self-hypnosis or on the path of enlightenment?

Enlightenment and enchantment come from different points of perception.  Organized religion drives the cultural narrative.  So, it uses the term enlightenment in an attempt to skew its meaning to fit its paradigm.  People follow a religion thinking it will lead them to enlightenment.  But, what they are doing is exposing themselves to group hypnosis and self-hypnosis manipulation.  Religion becomes their identity, and they protect it with any means.

Identify Your State of Mind

Here are various quotes on the subject of enlightenment from Osho, Carl Gustav Jung, Thomas Paine, Immanuel Kant, Albert Einstein, Lao Tzu, and  Ilchi Lee.  These quotes will help you understand the difference and determine where you are on the continuum between enchantment and enlightenment.

Our first quote is from Osho, also known as Bhagwan Shree Rajneesh.  He was born Chandra Mohan Jain, December 11, 1931 — January 19, 1990. We know him for creating yogic and tantric practices, building upon Neo-Hinduism of the 1870s.  This quote explains the growth of perception evolving into the sixth state of awareness known as Cosmic consciousness.  This is an example of enlightenment.

I’m simply saying that there is a way to be sane. I’m saying that you can get rid of all this insanity created by the past in you. Just by being a simple witness of your thought processes. It is simply sitting silently, witnessing the thoughts, passing before you. Just witnessing, not interfering not even judging, because the moment you judge you have lost the pure witness. The moment you say “this is good, this is bad,” you have already jumped onto the thought process.

It takes a little time to create a gap between the witness and the mind. Once the gap is there, you are in for a great surprise, that you are not the mind, that you are the witness, a watcher. And this process of watching is the very alchemy of real religion. Because as you become more and more deeply rooted in witnessing, thoughts start disappearing. You are, but the mind is utterly empty.

That’s the moment of enlightenment. That is the moment that you become for the first time an unconditioned, sane, really free human being. — Osho

Our next quote is from noted Swiss psychiatrist Carl Gustav Jung (26 July 26, 1875 — June 6,  1961).  Many of his theories about personality are found based on modern psychiatry.  He also worked with another influential psychiatrist, Sigmund Freud.  This quote points out a common truth about the real inner work.  It is painful.

This is because the Ego struggles to maintain control.  Exposing it as a process and its inherent weaknesses are painful because we are so fixated on it.  The pain of separating ourselves from the mechanism is a startling revelation for most people.  This is where people often confuse enlightenment and enchantment.

There is no coming to consciousness without pain. People will do anything, no matter how absurd, in order to avoid facing their own Soul. One does not become enlightened by imagining figures of light, but by making the darkness conscious. — C.G. Jung

Thomas Paine (January 29, 1737 — June 8, 1809) Writer and philosopher.  Noted for his writings on common sense.  This quote emphasizes the point that enlightenment brings with it some unintended consequences.  Once you are awake, you can’t go back to sleep.  Once awakened, your conscience will force you to see the cultural narrative’s bias and prejudice.

This quote is about walking your path.  It shows an important contrast between enlightenment and enchantment. Immanuel Kant (April 22, 1724—February 12, 1804) a German philosopher who created transcendental idealism, also called formalistic idealism.  This is the concept that the human self, ego, construct reality out of sense impressions and from universal concepts called categories that it imposes upon them.

Enlightenment is man’s release from his self-incurred tutelage. Tutelage is man’s inability to make use of his understanding without direction from another. Self-incurred is this tutelage when its cause lies not in lack of reason but in lack of resolution and courage to use it without direction from another. Sapere aude! ‘Have the courage to use your own reason!’- that is the motto of enlightenment. — Immanuel Kant

We normally think of the field of physics when you hear the name Albert Einstein.  (March14, 1879—April 18,1955) However, his ideas about physics transcended many disciplines.  He understood the value of inner work.  He used his analytical skills to communicate what he learned by intuition.   The self or Ego is not an enemy.  It’s just a mechanism necessary to connect consciousness to our fragile nervous system.  Liberation from the self is an ancient concept that is synonymous with an expansion of awareness or enlightenment.

The true value of a human being can be found in the degree to which he has attained liberation from the self. — Albert Einstein

Lao Tzu, a Chinese philosopher circa 375 CE, best known for Taoism, the Daodejing.  There is some question about where or not he is an actual person or a pen name attributed to the work of several philosophers of the era.  At any rate, this quote underscores the wisdom of understanding the Observer from the mechanisms doing the observation.

He who knows others is wise; he who knows himself is enlightened. — Lao Tzu

Ilchi Lee (Lee Seung-Heun, born December 23, 1950), is a South Korean author and the founder of a variety of mind-body training methods, including Dahnhak.  His quote explains how we are expressions of life, of consciousness.  Enlightenment is not about the belief in imaginary friends or enemies.  It has nothing to do with exploring the expression of life. His quote challenges us to seek who is actually behind the act of breathing.

Observe your own body. It breathes. You breathe when you are asleep when you are no longer conscious of your own ideas of self-identity. Who, then, is breathing? The collection of information that you mistakenly think it’s you is not the main protagonist in this drama called the breath. In fact, you are not breathing; breath is naturally happening to you. You can purposely end your own life, but you cannot purposely keep your own life going. The expression, “My life” is actually an oxymoron, a result of ignorance and mistaken assumption. You don’t possess life; life expresses itself through you. Your body is a flower that life let bloom, a phenomenon created by life. — Ilchi Lee

The Continuum of Awareness

To summarize, enchantment is a conditioned emotional response.  Enlightenment is a change in awareness, perception resulting in the transformation of consciousness. It makes you think about where you are on this continuum?

Interested in spiritual exploration?  Check out the blended learning process at the core of our teaching process. It reflects what Joseph Campbell called the Hero’s Journey (2).  Our learning options include both face-to-face and virtual learning sessions.  Please consider donating and supporting our mission. This helps others learn the knowledge for developing their path.

Beware The False Light ― What is False Light in Spirituality?
It's Wise To Love The Old Gods
Find A Yoga Practice Right For You