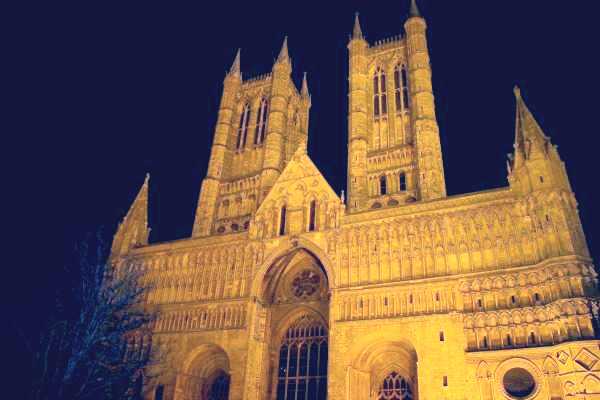 Religious belief creates a filter through which we perceive reality. It becomes a part of our worldview that programs bias.  This distorts how we interpret reality and diminishes our use of common sense and logic.

We are prone to the mind trap of confirmation bias.  This distorts our thinking and values. This is the tendency to interpret new evidence within the boundaries of our existing beliefs.  It’s the default setting of our worldview.  It makes perception easier, but not more accurate.  Not all belief systems are created equal. Some religions have more doctrine, filters, and boundaries. And so not all religions have the same effect on our critical thinking.

Ideas or concepts that are fantasy, that have no basis in fact or proof cause the greatest distortion of perception.  So, the crazier and more far-fetched the beliefs and greater their adverse effect on our ability to think.

For example, Taoism and many forms of Paganism have the fewest constraints over our thinking. With these systems, you are free to explore and develop your path.  Your ability to reason is intact.

Whereas, The Abrahamic religions, have the greatest number of boundaries. These are religions of Semitic origin, Judaism, Christianity, and Islam. They have the most biased and contradictory doctrines. They cause the distortions of perception we call confirmation bias.  You learn to reject facts and ideas that conflict with their boundaries.

On the other hand, Western Organized Religion has the most boundaries.  It directs its efforts at controlling thought and values. Some say this probably the original primary purpose.  They use a system of continuous indoctrination and programming to mold values and thinking.  It’s effective at establishing boundaries, restrictions, and limitations on independent thought.

Such boundaries “tell” you what is wrong and what is right. They often dictate personal and social values that have ripple effects throughout society.  And, their effects depends upon how emotionally invested you are in the propositions they are selling.  These systems sell hate, spawn genocide, wars, and discrimination of races, ethnicity, and gender.  All the while proclaiming they are agents of love.  Those invested in these paradigms can cherry-pick the doctrines to fit their needs.  This is one reason they are known as the false light.

The most effective agents for change within these paradigms are children.  This is because children ask hard questions. They are not afraid to point out the illogical inconsistencies. Many Sunday school teachers end up leaving Christianity. Children force us to face bias and discrimination.

Our research shows there is an inverse relationship between religious belief, and the ability to use common sense.  Thus, the more extreme your religious beliefs the less you can perceive ideas outside of the paradigm or reason logically.  The more extreme the beliefs, the more likely you are to ignore and disregard facts and ideas that conflict with your paradigm’s views.  You become a puppet.  You react with fear or hate when you encounter any idea or fact that challenges any boundary.

You can tell how emotionally invested you are in your paradigm by the emotional reaction to ideas that challenge it.  Are you having a negative emotional reaction to this article? If so this is a sign you are probably a follower in one of the sects of the Abrahamic religions.  Let’s look at how learning about the correct use of logical reasoning can help unmask your level of vulnerability.

Here’s an example of how to spot the improper use of deductive reasoning and the “false premise”.  We’ll use the Supreme Being Odin as our subject.

First, proving a negative or negative proof is “a false proof.”  It is an error of circular logic to prove the non-existence of something that does not exist. For example, proving that Odin does not exist in the same way you cannot prove that he does.

Continuing with our example of Odin.

Let’s assume we meet someone who claims Odin exists. When we challenge them to provide evidence for the existence of Odin, we get the following response: First, no ice-giants exist.  Odin promised to wipe out the ice-giants.  So, since there are no ice-giants this is proof of Odin’s existence.  Secondly, Odin is prolific in early paganism dating back through oral traditions in Germanic mythology.   Odin (from Old Norse Óðinn).  The evidence is prevalent in early forms of paganism, Odin was known in Old English as Wóden, in Old Saxon as Wōden, and in Old High German as Wuotan or Wodan.  With so much evidence from so many authoritative sources it is obvious that Odin exists, right?

Anytime you engage in spiritual research we recommend the use of emotional checks.  This is a process to help you stay as unbiased as possible.

Emotional checks will reduce stress and increase the accuracy of our research. So, think of it as a safety net.  It will catch us when we fall into emotional distress. This is because when we face ideas conflicting with our current opinion it creates a dilemma.  We instinctively react to protect our sacred ground.  You don’t want to conduct research while in a state of distress.

Spiritual technologies are tools for exploring consciousness.  They result from generations of research by cultures around the world. These processes stand up to the test of science. They are repeatable and measurable.  Everyone who can follow a process can use these tools. We call the practice of these processes spiritual exploration. You can list these tools in several ways. Some fall into more than one group.   We like this simple method of grouping.

The first group is several analytical tools to enhance critical thinking. The Enneagram Personality Profile is the first tool of our blended learning process. This tool provides insight into the mechanisms of ego, personality, and instinct. Logical reasoning, spotting logical fallacies, and logical axioms. These are the three major tools of logical reasoning. This helps you to avoid common mistakes in assessing information.
Next, a research tool we call Comparative analysis.  This is a process to which to assist in exploring and comparing belief systems.  This process is a scientific process form of comparative religious studies. Together these analytical tools give a solid foundation of common sense thinking. They sharpen your ability to discern facts from fiction.

Seated meditation is the heart of most spiritual practices. This includes a wide range of meditation techniques. It starts with Beginning Meditation and Mindfulness Meditation. It progresses to more advanced forms like Japa Meditation the Siddhis of Patanjali.

This is another foundational element that strengthens the mind-body connection. Moving meditation is also to our health and wellness.  This progression includes several methods of energy collection. Here we teach Forest Bathing, Qigong, and Tai Chi.

Pathways for expanding awareness include a variety of tools. This group includes practical tools like the spiritual journal and automatic writing. Here we introduce lucid dreaming, the Shamanic Journey, or Guided Meditation. There are also techniques for third-eye awakening and soul memory awareness.

Healing practices are the final group.  This branch includes Pe Jet, Reiki, and Shiatsu.  Self-care is an important element of this group. It is vital for normalizing our inner work and maintaining our health and wellness.

Common sense and logic are the natural analytical tools that help us discern facts from fiction.  Western organized religion dominates most of the cultural narrative. So, minimizing your exposure to religious belief and its harmful programming will help you think more clearly.